The Brooks College Library helps to complete, deepen, and enrich life within our own vital intellectual community. Here, college members can find a place of respite for quiet reflection, an opportunity to test their minds against some of history's greatest thinkers, and a comfortable venue wherein thoughtful conversation about significant issues may be taken up with friends. Residents have access to the Henry Library 24 hours a day.

The Library was named in honor of the Henry family. Dr. Doug Henry, Great Texts, served as the first Faculty Steward of Brooks College and lived here with his family from 2007 to 2013. 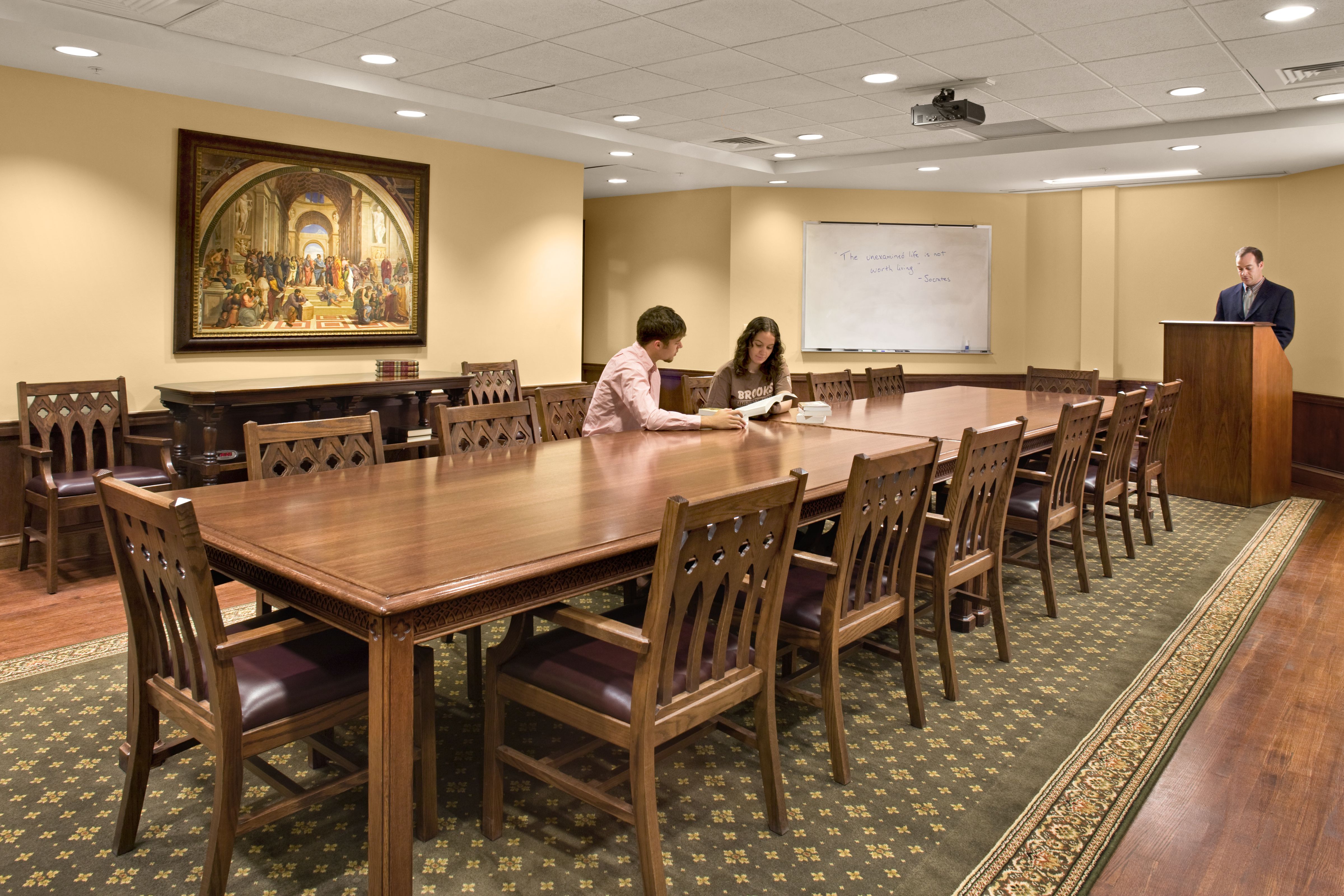 The seminar room is used daily for classes led by the faculty of the Great Texts Program, whose offices are within the college. When classes are not scheduled, many college committees make use of the space for deliberating about college business and planning upcoming activities. 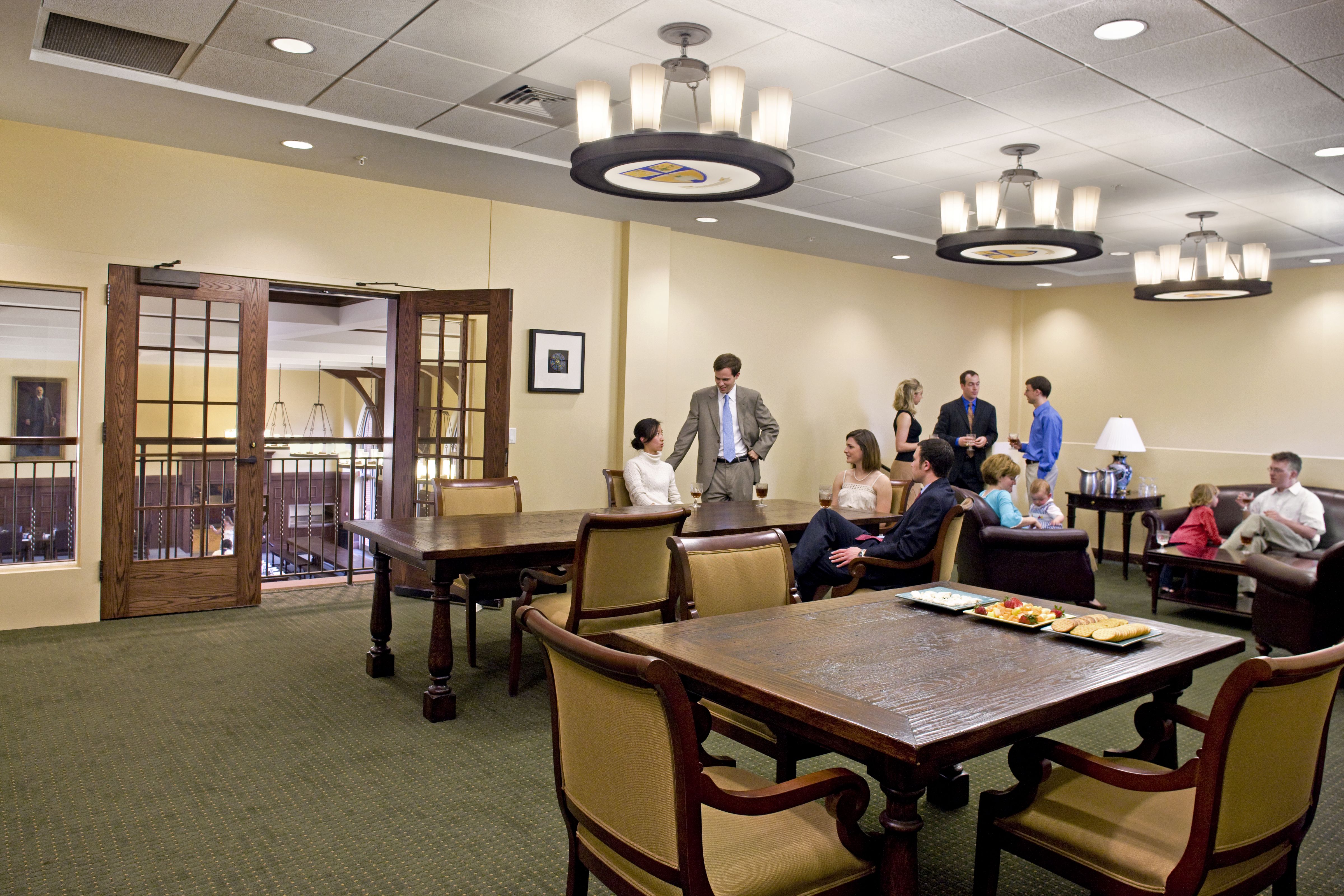 The Senior Common Room, featuring a one-of-a-kind balcony view of the Great Hall, provides a gathering place for the "senior" fellows of Brooks College, i.e. the faculty and staff affiliated with the college.

The Brooks Academic Walkway has ten inspiring and intellectually provocative quotes that move chronologically from ancient, beginning near the college, to modern at the flats. This progression is symbolic of the broad outlook of S. P. Brooks when he encouraged Baylor students to understand the past yet always look toward the future.

One vacant stone remains near the end of the walkway. While the college's governing board and trustees may take different steps in the future, our commitment currently is to leave the final stone empty until 2033. At that time, the college's first seniors in the class of 2012 will reach their twenty-fifth graduation anniversary. Through a selection process involving the cumulative, twenty-five-year membership of the college, a fitting twenty-first-century quotation that is emblematic of the college's aspirations will be identified and inscribed in the final space of the academic walkway.

Read Quotes from the Academic Walkway