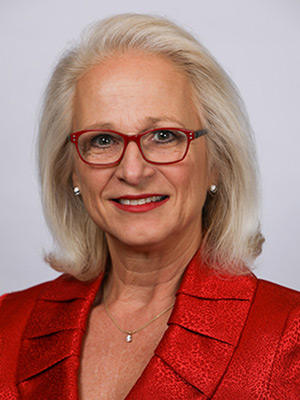 Mrs. Faith Cederholm Beaty is part of the global communication leadership team for DNV, currently serving as the director of marketing and communications Americas for the Business Assurance, Supply Chain, and Product Assurance Divisions. She also has top-level experience in business operations, having held roles ranging from director of sales and marketing and director of business development to chief executive officer.

Mrs. Beaty has worked for DNV since 1999. In addition to completing the DNV management development program at IMD Business School and The Leadership Vanguard acceleration and leadership development programme, she holds an MBA with a focus in eBusiness from University of Phoenix and a BS in fashion merchandising and marketing from Texas Women’s University (TWU).

Mrs. Beaty is married to Mike Beaty, a Baylor football letterwinner (1976-77), who earned a BA from Baylor in 1980. They are active members of First Baptist Church of Lewisville. They have three sons: Eric (BBA ’04), Nicholas (BS ’07), and Christopher (BS and MA from Howard Payne University).