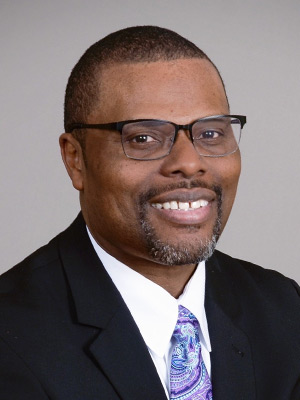 Dr. Michael A. Evans, Sr., is the senior pastor of Bethlehem Baptist Church in Mansfield, Texas, where he has served for more than 29 years. Dr. Evans also has served as an administrator with the Tarrant County College District, with coordination and oversight responsibilities for the district’s ESL and Adult Basic Education Centers, and as a reserve chaplain in the U.S. Navy as a commissioned officer.

As the former director of African American Ministries for the Baptist General Convention of Texas (BGCT), Dr. Evans provided service to more than 800 churches statewide. In addition, he was elected in July 2018 as the president of the BGCT, serving more than 5,300 churches across the state. He was inducted into the City of Mansfield’s Wall of Honor in 2007, an award reserved for outstanding service to the city, its people, and the surrounding communities. He currently serves on the Board of Trustees for the Tarrant County Community College District.

Dr. Evans and his wife, Lisa C. Evans, have two adult children and one granddaughter.