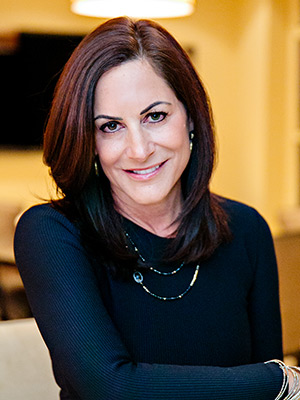 Mrs. Paula R. Hurd is a longtime community volunteer and philanthropist from Silicon Valley who has a passion for supporting educational and healthcare initiatives in her community as well as at Baylor University, the beloved alma mater of her late husband, Mark (BBA ’79).

For the past 20 years, Mrs. Hurd has developed and organized memorable event experiences for such corporate and charitable organizations as Oracle Corporation, Stanford Children’s Hospital, and Baylor University. In addition, she has spearheaded fundraising efforts for numerous local nonprofits, including Castilleja School, Menlo School, and WANDA, a grassroots effort that empowers low-income single mothers to achieve economic self-sufficiency.

Paula and Mark Hurd have been generous supporters of Baylor University’s academics and athletics. In November 2018, they gave one of the largest gifts in Baylor’s history to build the Mark and Paula Hurd Welcome Center, the new entry point for the University. This was the lead gift of the Give Light campaign, a $1.1 billion philanthropic effort for the future of Baylor that Mrs. Hurd continues to co-chair.

Avid tennis fans, Paula and Mark supported the creation of the top college tennis facility in the country at Baylor. It was named the Hurd Tennis Center in 2011 in recognition of their contributions.

Every year, Mrs. Hurd enthusiastically opens her California home to welcome and host current and future members of the Baylor community.

For nearly two decades, she held a variety of sales and services leadership positions at NCR Corporation in Dallas, Texas, and Dayton, Ohio. In her final role as vice president of services, she led a team managing global strategic partnerships. She graduated from the University of Texas at Austin with a bachelor’s degree in business administration in 1984.