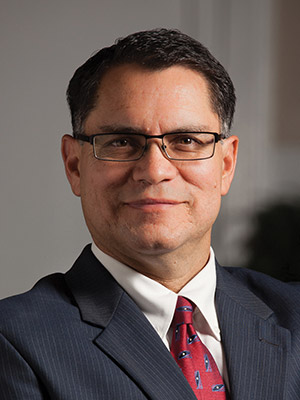 Mr. René Maciel serves as the missions pastor at First Woodway Baptist Church in Waco, Texas. He previously invested more than 31 years in higher education and administration with Baptist institutions including Hardin-Simmons University, Baylor University, New Mexico Baptist Children’s Home, George W. Truett Theological Seminary, and Baptist University of the Américas. He most recently served as president of the Baptist General Convention of Texas (Texas Baptists) from 2015 to 2016.

Mr. Maciel graduated from Hardin-Simmons University (HSU) with a Bachelor of Behavioral Science. He then earned a Master of Science in Education from Baylor University.

In 2007, Mr. Maciel became president of Baptist University of the Américas in San Antonio. La Prensa Foundation recognized him with the “Religion Award,” one of the Celebrate Hispanic Heritage Awards. In 2010, he was presented the Distinguished Alumni Award from Logsdon School of Theology at HSU. In 2014, the HSU Alumni Association recognized him with a Distinguished Alumni Award.

He and his wife, Sabrina, have two daughters—Brianna, a school teacher in Belton who is married to Ryan Johnson, and Carmen, a graduate of the University of Mary Hardin-Baylor who is a graphic designer at Baylor University.