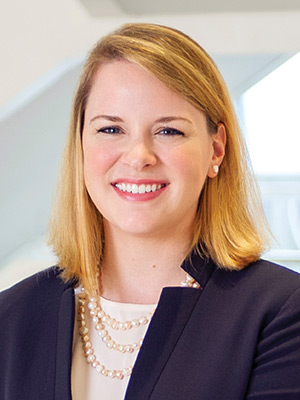 A native of Kansas, Mrs. Katie Jo Luningham (née Baumgardner) is currently an attorney at Alston & Bird, practicing civil litigation and appellate law. She represents institutions of higher education and also defends clients in privacy & data security litigation. She previously served as a law clerk for Judge Branch on the U.S. Court of Appeals for the Eleventh Circuit. Prior to clerking, Mrs. Luningham was an attorney at Husch Blackwell in Kansas City, where she specialized in higher education litigation and regulatory compliance. She was a member of the legal team that won the 2017 Education Law Association’s August Steinhilber Award for “Best Brief.” She also was a 2017 Missouri Bar Pro Bono Wall of Fame honoree for her commitment to pro bono legal service. In addition to her service as a regent, she serves on the national board of the U.S. Senate Youth Program Alumni Association.