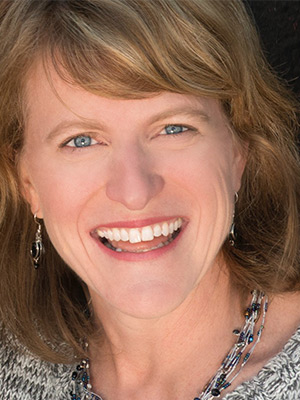 Ms. Melissa Purdy Mines serves as global channel marketing lead at NVIDIA in Austin, Texas. She previously was senior vice president of marketing and analytics at Bulldog Solutions, head of global brand content for Cisco Systems, director of marketing and communications for NetSolve, Inc., and a marketing manager for the 3M Corporation.

Ms. Mines earned a Bachelor of Arts in English and organization communication from Baylor University in 1990 and was elected permanent class president for the Class of 1990. She then attended the University of Texas at Austin, where she earned both an MBA and a Master of Public Affairs in 1996.

She has served as a member of the President’s Leadership Circle and the Baylor Bear Foundation. She and her daughter volunteer with a wide variety of nonprofits around the greater Austin area through her involvement in National Charity League. She is a sought-after mentor and advocate for women and men as they seek to evolve their personal and professional careers. She also participated as a committee member of Austin’s E3 Foundation, which is dedicated to investing in initiatives that leverage technology and media to advance education.

Ms. Mines and her husband, David B. Mines (BA ’90), are members of First Baptist Church of Austin, where she is a deacon and a member of the missions committee and has served as a Bible study teacher and on the finance and communications committees. They have two children: Sarah Ruth Mines (18) and Benjamin Purdy Mines (16).