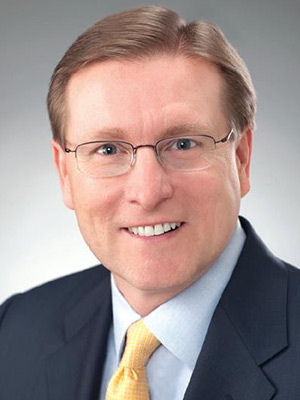 Mr. Pullin currently serves on the board of Houston-based Texan Bank. He previously served six years as a trustee of the Buckner Foundation in Dallas. Mr. Pullin served on the Baylor Presidential Search Advisory Committee in 2009-10 and the Baylor/BGCT CNBAM Regent Nominating Committee in 2010 and 2011. In addition to establishing endowed scholarships in accounting and student mission support, the Pullin family has financially supported numerous academic, athletic, and capital projects at Baylor.

Mr. Pullin received a BBA in accounting from Baylor in 1982. He is a CPA with memberships in the AICPA, TSCPA, and Houston Chapter of the TSCPA.

He and his wife, Myra, an LSU graduate and Baylor Alumna by Choice, are members of First Baptist Church of Houston. They have four children: Sarah (BS ’11/MSEd ’14), Austin (USAF), Catherine (a freshman at Baylor), and Hannah.