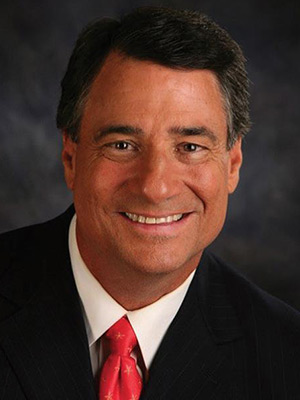 Mr. Jeffrey earned a BBA in management from Baylor University in 1975 and a Master of Divinity from Southwestern Baptist Theological Seminary in Fort Worth. He has served on the board of Marketplace Ministries since 1992 and has had a lifetime involvement in Fellowship of Christian Athletes.

Mr. Jeffrey was a two-time All-SWC quarterback who led Baylor to its first SWC championship in 50 years in 1974 during a season that included an amazing defeat of the University of Texas. He played three years with the San Diego Chargers in the NFL before entering seminary. He continues to speak across America to churches, corporate groups, and athletic teams.

Mr. Jeffrey is married to Sheila Tibbals Jeffrey, who earned a BS in speech pathology from Baylor in 1976, and they have three children: Natalie (BME ’02), Melissa (BA ’05, MS ’06), and James (BBA ’09). They also have eleven grandchildren.