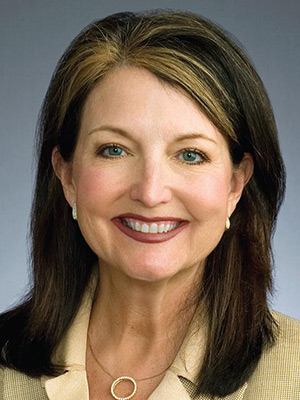 Named “One of the Top 50 Most Influential Women Lawyers” by the National Law Journal and one of “30 Extraordinary Women in Texas Law” by Texas Lawyer, Ms. Jerry Clements serves as chair emeritus of Locke Lord LLP.

She has been named one of the Top Ten Litigators by the Dallas Business Journal. During her 30-plus years of litigation experience, Ms. Clements has represented Fortune 500 companies across a wide range of industries and built an impressive record of resolutions in complex disputes in the area of commercial litigation.

In her former role as chair and managing partner of Locke Lord, Ms. Clements managed one of the country’s top 100 law firms with offices in 20 cities, including London and Hong Kong. Lawdragon named her one of the “100 Managing Partners You Need to Know.” During her 11 years as chair, she took the firm from a regional firm based in Texas to a global firm recognized throughout the world. She was one of only a handful of women in the U.S. leading an AmLaw Top 100 law firm.

She earned a BSEd from Texas Christian University in 1972 and a JD from Baylor Law School in 1981.

Her support of Baylor University includes an endowed scholarship in her name and a major gift to establish the Matt Dawson Trial Chair for the Law School. Recently, she became a founding contributor to the Larry Boyd Endowed Scholarship Fund. Ms. Clements also has served as president of the Law Alumni Association and was named “Baylor Lawyer of the Year” for 2015.

She is a member of First Baptist Church of Spicewood. Her husband, Mark, is a retired trial lawyer who practiced in Dallas for 35 years. They have four children, Andrea, Leslie, Matt, and Douglas, and four grandchildren.