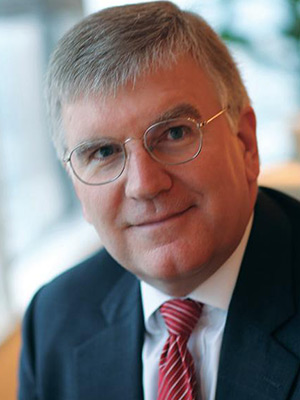 Mr. James Cary Gray holds three degrees from Baylor, having earned a Bachelor of Business Administration in 1979, a Bachelor of Accountancy in 1980, and a Juris Doctor in 1983.

Mr. Gray has practiced law in Houston since 1983, the last 32 years with Gray, Reed & McGraw, a Texas-based law firm of approximately 150 attorneys in Houston, Dallas, and Waco. Mr. Gray has served as managing partner of the Gray Reed firm since February 2006.

He was a member of the board of directors for the Baylor Bear Foundation from 1995 to 2008, serving on the executive committee for 10 years with three years as president. Mr. Gray also is a past member of the Baylor Development Council and the Friends of Baylor Steering Committee.

Mr. Gray is a member of St. Luke’s United Methodist Church in Houston. A lifelong Methodist, he has chaired his church’s administrative board, pastor/parish relations committee, finance committee, and foundation board.

Mr. Gray twice served as president of the Epilepsy Foundation of Texas, where he was on the board for 12 years. He has also been a member of the boards of the Post Oak Little League, Houston Cougar Aquatic Sports, and the Dads Club.