Following 90 combined years of dedicated service to the University, their colleagues and their students, Dr. David Pennington, chemistry and biochemistry, and Dr. Tom Hanks, English, are retiring from Baylor in May. Along the way, both professors attained Baylor’s Master Teacher designation, the highest honor conferred to a Baylor faculty member for sustained excellence in teaching.

Dr. Pennington joined Baylor’s chemistry and biochemistry faculty in 1967 after earning his doctorate from Penn State the same year. Notably, he earned an Outstanding Faculty Award in 1982 and the Master Teacher designation in 1993. For many years, he served as chair of the premedical/predental advisory committee; he also served as interim chair of the chemistry and biochemistry department; and, for decades, he could be spotted helping Baylor freshmen move into the residence halls around campus during Welcome Week.

Dr. Hanks joined the English department in 1976, having earned an MA and PhD from the University of Minnesota. His teaching and research have focused primarily on Medieval English literature, especially the works of Geoffrey Chaucer and Sir Thomas Malory. Dr. Hanks has long served on the advisory council for Baylor’s Academy for Teaching and Learning and, in addition to English, he has taught in the Baylor Interdisciplinary Core since its inception. Dr. Hanks has garnered many awards for teaching at Baylor including: Collins Outstanding Professor Award, 1998; Baylor Centennial Professor, 1998-1999; Outstanding Faculty Award, 2001; Cornelia Marschall Smith Professor of the Year Award, 2004; and the Master Teacher designation, 2005. 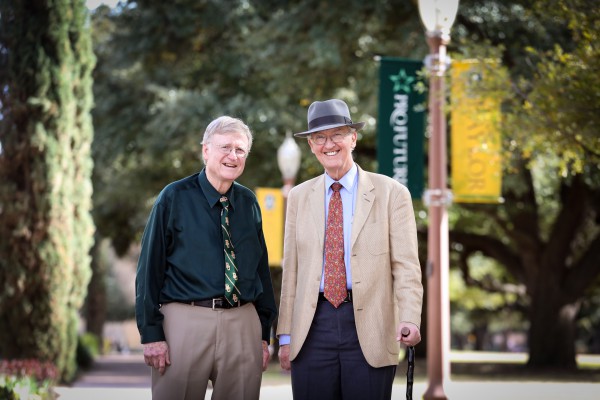