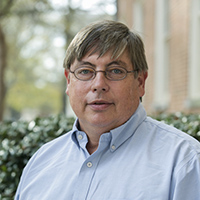 Dr. Stephen Randy Todd was a member of the Task Force that helped start the BIC in the early 90s. Dr. Todd chaired the Department of Classics at that time and later directed the Baylor Interdisciplinary Core serving as the 1st BIC Director from 1995-1998. He has lectured and taught in more than a dozen countries, including travel programs with students to Italy, Greece, England, France, Turkey, Syria, Jordan, and Israel.

Dr. Todd is now the Chair of the Classics department and an Interdisciplinary Fellow at Samford University.

BIC is thankful for Dr. Todd's invaluable contribution to the program.