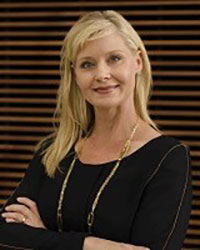 Associate Professor of Philosophy in the BIC & Director of the Academy for Teaching and Learning
Email
Lenore_Wright@baylor.edu
Office
MMSCI 275
High Res Photo
CV

After growing up in Grayson, Kentucky, a small rural town, Dr. Wright’s introduction to scholarship at the undergraduate level began at Moorehead State University, thirty miles from her hometown. Intent on a pre-law track, she soon switched her major to philosophy through the influence of her Introduction to Philosophy professor and Plato’s Republic. Dr. Wright was then the only female philosophy major at the university. Upon completing her undergraduate work, Dr. Wright came to Baylor in 1994 to pursue a Master of Philosophy and subsequently met her husband, Professor Henry Wright. The two then traveled to State University of New York (SUNY) for Dr. Wright to pursue a Ph.D. in philosophy. Returning to Baylor in 1998, Dr. Wright applied to be Assistant Director of BIC. For the following five years she served in this capacity, until she began on tenure track in 2003 with the Philosophy department and the BIC.

J. Lenore Wright, Ph.D., is currently the Director of the Academy for Teaching and Learning (ATL) and Associate Professor of Interdisciplinary Studies & Philosophy at Baylor University. Wright’s scholarly interests include theories and modes of self-representation and feminist philosophy. In 2006, she published The Philosopher’s ‘I’: Autobiography and the Search for the Self. Other select publications include “Relationality and Life: Phenomenological Reflections on Miscarriage,” International Journal of Feminist Approaches to Bioethics, vol. 11 no. 2, Fall 2018 “Sameness and Difference: Simone de Beauvoir and the Question of Female Identity,” Identity, Freedom, and Responsibility, Fall 2017, “Becoming a (Wonder) Woman: Feminism, Nationalism, and the Ambiguity of Female Identity,” Wonder Woman and Philosophy, ed. Jacob Held (Hoboken: John Wiley and Sons, Ltd., 2017), 5-18 [reprinted in The Philosophers’ Magazine, Issue 79, 4th Quarter 2017, 64-69], “From ‘I’ to ‘We’: Acts of Agency in Simone de Beauvoir’s Philosophical Autobiography,” The Philosophy of Autobiography, ed. Christopher Cowley (Chicago: University of Chicago Press, 2015), 193-216, and “Who’s Afraid of Naomi Wolf:  Feminism in Post-feminist Culture” Feminism and Popular Culture (2013). She serves as a reviewer for Feminist Philosophy Quarterly. Wright is also engaged in the scholarship of teaching and learning and oversees teaching-related initiatives at Baylor. She has published in Teaching Philosophy and the Journal of Interactive Instruction Development. She is an academic consultant for the International Organization for Student Success, publisher of the College Portfolio for Success. She received Baylor’s Outstanding Professor Award in 2008-9 for distinctive teaching.