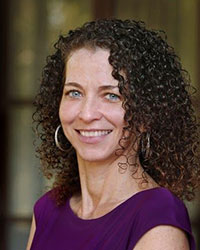 Dr. Candi K. Cann, Associate Professor of Religion in the BIC, teaches World Cultures, Social World, World Religions, Death and Dying in World Religions, and Buddhism at Baylor University, and teaches in both the BIC and the Religion department. She received both her A.M. and Ph.D. in Comparative Religion from Harvard University, an M.A. in Asian Religions from the University of Hawai'i at Manoa, and a B.A. in Asian Studies and English from St. Andrews in North Carolina.

Dr. Cann's research focuses on death and dying, and the impact of remembering (and forgetting) in shaping how lives are recalled, remembered and celebrated.  She examined this theme through martyrdom in her early scholarship. Dr. Cann's first book, Virtual Afterlives: Grieving the Dead in the Twenty-first Century with the University Press of Kentucky (2014), centered on grief and memorialization in the contemporary world. She has also written various chapters and articles on digital death and grief. Her second book Dying to Eat: Cross Cultural Perspectives on Food, Death and the Afterlife (also with University Press of Kentucky, 2017) is an edited collection on the intersection of food in death and grief. Her third book, The Routledge Handbook of Death and Afterlife (Routledge, 2018), is an edited collection containing thirty chapters examining death and afterlife from around the world. Dr. Cann's current projects are researching diversity in death, and the intersection of death and technology around the world.

Dr. Cann's own fieldwork has largely occurred in China and Argentina.  She has lived and worked in various regions of China, first working for the Amity Foundation in China, and later helping write the first Let's Go travel guide for China.  Additionally, she has lived and worked in Buenos Aires, Argentina, in addition to studying at the Departamento Ecuménico de Investigaciones (DEI) in San Jose, Costa Rica, and heading the Latino Cultural Center (as GA) for two years at MIT.

She resides as a Faculty in Residence in Texana, in North Village, and when she is not thinking about and writing on death, Dr. Cann attempts to live well, pursuing her love of travel, reading, surfing, and writing poetry. Dr. Cann will be on research leave in the Fall of 2019.