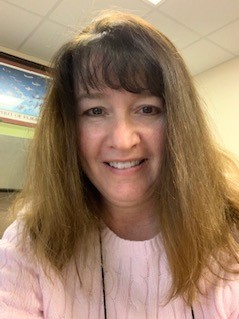 Kelley joined Baylor Institute for Air Science in September 2011 and worked previously for the City of Waco’s Water Quality Laboratory for five years. She married her high school sweetheart in 1992, and moved their four young children to Waco from South Florida in the spring of 2005 after her husband, Don, took a new position within the corporation he has worked for since 1986.

Her two oldest sons graduated from Baylor University and still live close by, and of her two youngest children, one is seeking a culinary degree from Central Texas College, and the other is studying psychology at the University of Mary Hardin-Baylor.

Although she has no background in aviation, Kelley has developed a strong appreciation for the industry and the level of dedication, time, and drive it takes to succeed in the field. She has enjoyed being a part of the team over the years and has gotten to know some of the most amazing students and aviation enthusiasts on the planet.