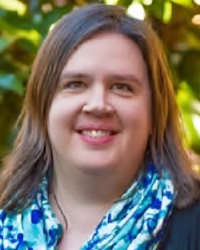 Ellen is the Assistant Director for Research and Engagement in the Baylor University Libraries. As such, she leads, coordinates and organizes the training for the team of public services staff; administrates the online tools used by the department; coordinates departmental statistics; and assists in managing the daily operations of the department, which includes 11 liaison librarians. She is also the liaison librarian to several academic departments (Modern Languages & Cultures, Film & Digital Media, Communication, and Journalism, Public Relations & New Media). 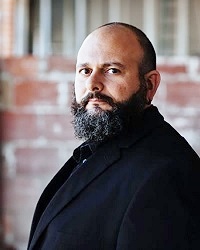 Chris Hansen is a Professor and Chair of the Department of Film & Digital Media. He teaches primarily workshop-oriented creative courses, such as Directing and Screenwriting. His focus is on innovative methods for teaching and assessing creativity in the classroom. 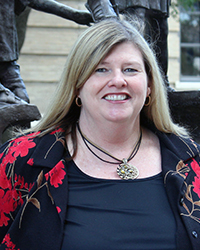 Shanna Hagan-Burke is Dean of the Baylor University School of Education, joining Baylor in July 2020. Dr. Hagan-Burke's research focuses on functional analyses of challenging behavior, positive behavioral interventions and supports, and early literacy. Her work investigating relations between academic performance and problem behaviors has been recognized by the U.S. Department of Education’s Institute of Education Sciences. Previously on faculty at Texas A&M University, she was awarded an Eppright Professorship for undergraduate teaching excellence, held the Douglas J. Palmer Endowed Chair in Educational Psychology, was selected as a fellow of the SEC Academic Leadership Development Program, and received additional university recognitions for her teaching and service.

Helen Harris is an Associate Professor in the Diana R. Garland School of Social work. She specializes in the impact of grief and trauma loss on cognition, especially in children. She also studies faith and the practice of social work. Harris was recognized as Outstanding Faculty as a lecturer in 2013. She is a member of the National Association of Social Workers (NASW), North American Association of Christians in Social Work (NACSW), the Military Child Education Coalition, the National Alliance for Grieving Children, and the Association for Death Education.

Gary Mortenson is Dean of the School of Music at Baylor University. Prior to his appointment at Baylor, he served as the Director of the School of Music, Theatre, and Dance and professor of trumpet at Kansas State University. He received his education at Augustana College (BME), Ithaca College (MM), and The University of Texas (DMA). He was the International Trumpet Guild (ITG) Publications Editor and served on the ITG Board of Directors for twelve years (2001-2013). During his tenure as editor, Mortenson represented ITG at major international trumpet competitions and conferences in Australia, Canada, China, Finland, France, Germany, Greece, Thailand, the United Kingdom, and the United States. In 2014 he received the ITG Award of Merit. Mortenson’s research on trumpet and brass pedagogy-related topics has been published in the Instrumentalist, Jazz Educator’s Journal, Music Educator’s Journal, Medical Problems of Performing Artists, and the International Trumpet Guild Journal. 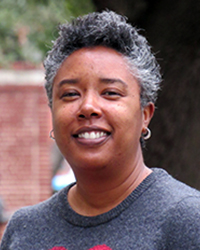 Coretta Pittman is an Associate Professor in Baylor's English Department. Her research examines the social and cultural importance of language. She explores the ways African Americans have historically made manifest - aurally and textually - the injustices they faced in American society. Her work encompasses classic blues music, the culture of the 1920s and ‘30s, and texts by African Americas during the Harlem Renaissance, the Black Arts Movement, and contemporary rap music. Pittman uses this work in her teaching in service to Baylor's commitment to transformational education. The expressions of underrepresented people help to transform students' perceptions of their world and draw them into a process of active, engaged learning that will hopefully influence their intellectual lives and their civic capacities and agency in the future. 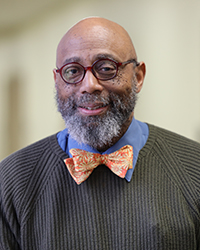 Stephen Reid has been teaching for over thirty years in seminaries in the United States, Canada, and South Africa. He served on staff at the Pre-Tenure Teaching Workshop for the Teaching and Learning Religion Center in Wabash. He also completed the Summer Faculty Institute as well as the New Media workshop at Baylor. 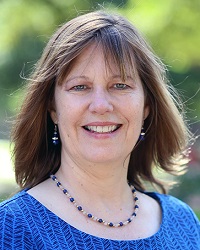 T. Laine Scales is Professor of Social Work and co-director of Baylor in Oxford. Scales completed 15 years as Associate Dean in Baylor’s Graduate School from 2004-2019. Her scholarly work led to her appointment as co-director of Baptist Scholars International Roundtable (BSIR). She has authored, co-authored, or co-edited ten books, 40 articles and chapters, and presented over 50 professional papers and workshops in higher education and in social work. Her research interests include doctoral education, history of Baptist women in social work and missions, and rural social work. She teaches masters and doctoral level students in the Garland School of Social Work. In 2016, Scales was awarded the designation Master Teacher, Baylor's highest teaching honor and in 2019, the Centennial Professor Award. 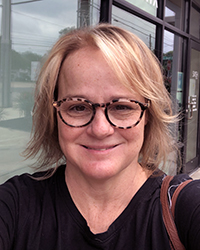 Anne-Marie Schultz is Director of the Baylor Interdisciplinary Core and Professor of Philosophy. She has co-directed the SFI many times. In 2020, Schultz was awarded the designation Master Teacher, Baylor's highest teaching honor. She has also served as Graduate Program Director for the Philosophy Department. She developed the teacher training course for philosophy graduate students. Her teaching innovation has been recognized with several University awards, her selection as Baylor Fellow and her recent work at UT with the Big XII Faculty Fellowship Program. She is a popular teacher and well-known for her ability to create a discussion-centered learning environment in the classroom. She is completing her second book on Plato. She also publishes on Augustine, Feminism, Nietzsche and is active in SOTL research. 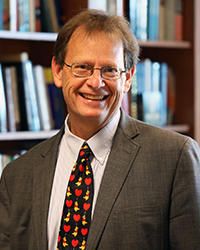 Charles A. Weaver III has been at Baylor University since 1989, where he is a Professor and Chair of Psychology and Neuroscience. In 2020, Weaver was awarded the designation Master Teacher, Baylor's highest teaching honor. He has published numerous scientific articles, two books, and delivered more than 75 professional and scientific presentations. He has served as a forensic expert in civil and criminal cases in more than 25 states, and has testified in both federal and state courts. He has served on the editorial boards of five journals, including the Journal of Educational Psychology and served as Associate Editor of the Journal of Experimental Psychology: Learning, Memory and Cognition. He is currently chair of a grant review panel for the U. S. Department of Education, and was recently named as a Fellow of the Association for Psychological Science. 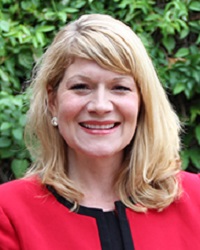 Rachel Woods is a Clinical Assistant Professor in the Department of Management at Baylor's Hankamer School of Business. Licensed under the State Bar of Texas, she is an attorney-mediator and teaches negotiation, conflict resolution, and organizational leadership. She is the Founder and CEO of Leadership Trek Corporation, otherwise known as "LTrek," through which she has trained and consulted leaders world-wide. In 2010, Rachel developed a leadership development curriculum for women seeking public office in Bosnia and Nigeria through the Women’s Democracy Network (WDN). In 2011, Rachel consulted WDN in the development of women’s leadership schools to be launched in four different countries, a project of the United Nations Democracy Fund. Rachel authored the training manual and trained women from Georgia, Bangladesh, Guatemala and Cameroon, who now train women in their respective countries. Today, the WDN Leadership Schools have trained over 1000 women world-wide in 14 countries. 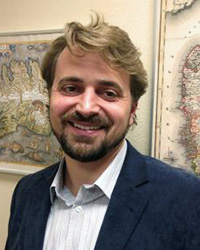 Davide Zori is an Assistant Professor of history and archaeology in the Baylor Interdisciplinary Core. His research concentrates on the medieval world and Viking expansion into the North Atlantic. He employs a multidisciplinary approach combining material culture and written evidence; an approach he carries into his teaching of world cultures in BIC. As Director of the San Giuliano Archaeological Research Project (approximately 70 km northwest of Rome within Marturanum Park in Lazio), Zori is also a key faculty member in the combination of field school and study abroad in the Baylor in Italy program. There, students participate in archeological excavation alongside the coursework associated with study abroad.

We deeply appreciate the service of these retired Baylor professionals to the Academy for Teaching and Learning. 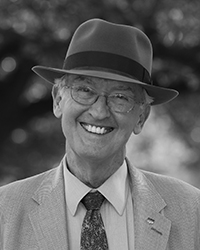 Tom Hanks is a Baylor Master Teacher. He taught at Baylor for over 36 years, in the English Department and - since its inception - in the Baylor Interdisciplinary Core. Dr. Hanks states that “a university-level teacher must both teach well and produce new material in his/her field, either through research and publication or through public performance." Following that dictum, he earned every teaching award Baylor offers, and wrote or edited four books and twenty-seven articles as well. 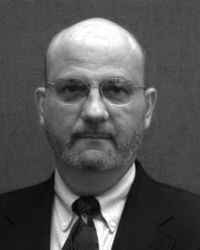 Tim began at Baylor University in 1981, starting as the technical director and lighting designer for the Theater Arts department. Over the years, Tim worked on numerous projects in academic and library technology. Prior to retirement, Tim served as the Associate Vice President for the Electronic Library, providing leadership for centralized academic computing and electronic library resources for faculty, staff, and students. 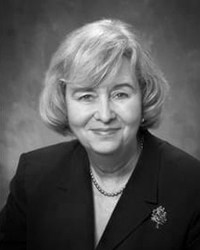 Elizabeth Vardaman was an associate dean in the College of Arts and Sciences. In 2000, she became a charter member of the National Association of Fellowship Advisors (NAFA) and subsequently served as a member of the NAFA executive board and campus representative for many national scholarship programs, including Rhodes, Marshall, Truman, and Fulbright. Prior to retirement, Betsy was involved in undergraduate initiatives and programs, including first-year experiences, undergraduate research, and Honors. 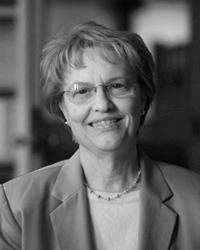 Dianna Vitanza held numerous administrative positions at Baylor, including Chair of the English Department, Director of Undergraduate Studies in English, Associate Dean of Arts and Sciences, and Vice Provost for Academic Affairs. 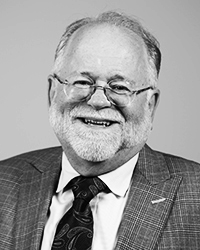 W. H. Bellinger, Jr. held the W. Marshall and Lulie Craig Chair in Bible and served as Professor of Religion and Chair of the Religion Department at Baylor University.