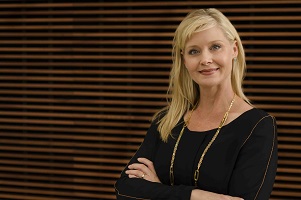 J. Lenore Wright, Ph.D., is the Director of the Academy for Teaching and Learning (ATL) and Associate Professor of Interdisciplinary Studies & Philosophy at Baylor University. Wright’s scholarly interests include theories and modes of self-representation and feminist philosophy. In 2006, she published The Philosopher’s ‘I’: Autobiography and the Search for the Self. Other select publications include “Relationality and Life: Phenomenological Reflections on Miscarriage,” International Journal of Feminist Approaches to Bioethics, vol. 11 no. 2, Fall 2018 “Sameness and Difference: Simone de Beauvoir and the Question of Female Identity,” Identity, Freedom, and Responsibility, Fall 2017, “Becoming a (Wonder) Woman: Feminism, Nationalism, and the Ambiguity of Female Identity,” Wonder Woman and Philosophy, ed. Jacob Held (Hoboken: John Wiley and Sons, 2017), 5-18 [reprinted in The Philosophers’ Magazine, Issue 79, 4th Quarter 2017, 64-69], “From ‘I’ to ‘We’: Acts of Agency in Simone de Beauvoir’s Philosophical Autobiography,” The Philosophy of Autobiography, ed. Christopher Cowley (Chicago: University of Chicago Press, 2015), 193-216, and “Who’s Afraid of Naomi Wolf:  Feminism in Post-feminist Culture,” Feminism and Popular Culture (2013). She serves as a reviewer for Feminist Philosophy Quarterly. Wright is also engaged in the scholarship of teaching and learning and oversees teaching-related initiatives at Baylor. She has published in Teaching Philosophy and the Journal of Interactive Instruction Development. She is an academic consultant for the International Organization for Student Success, publisher of the College Portfolio for Success. She received Baylor’s Outstanding Professor Award in 2008-2009 for distinctive teaching.