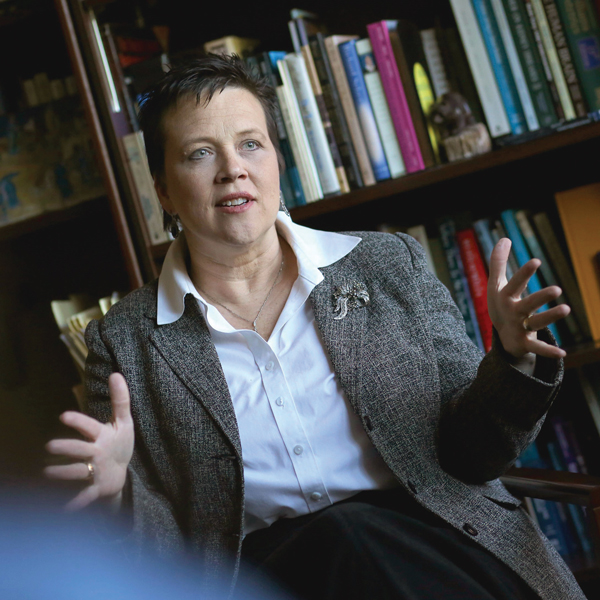 A $2 million gift commitment from The DeBakey Medical Foundation of Houston has created The Michael E. DeBakey, M.D., Selma DeBakey and Lois DeBakey Chair for Medical Humanities within the College of Arts & Sciences. Dean Lee Nordt announced that Dr. Lauren Barron, clinical professor and director of Baylor’s medical humanities program, will be the inaugural DeBakey chairholder. 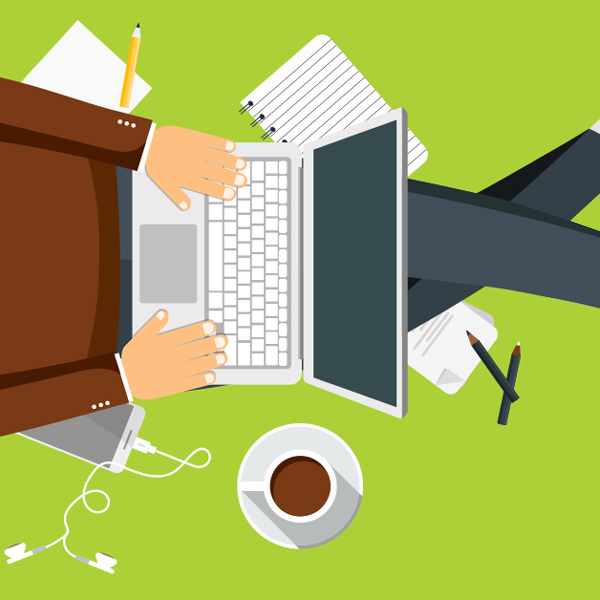 This spring semester, the Baylor Department of Journalism, Public Relations & New Media launched a new online graduate degree in public relations and advertising — designed to equip graduates with courses in leadership, research and creative skills that are required to succeed in the growing fields of advertising and public relations. 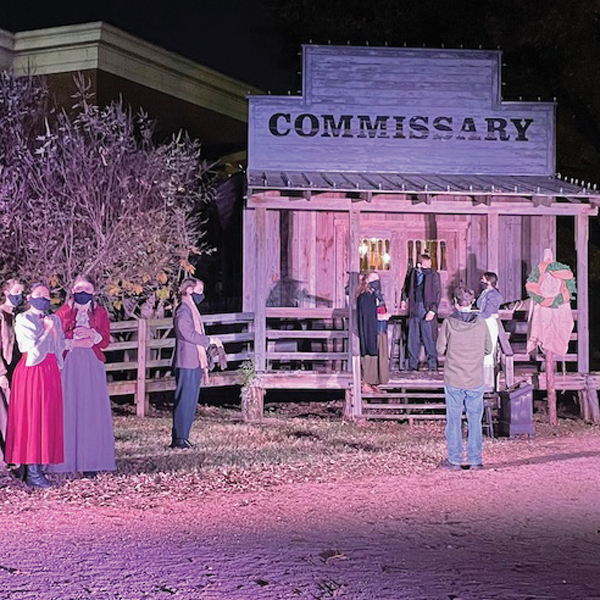 When COVID-19 concerns canceled Baylor Theatre’s plans to offer live performances of “Shadows of a Christmas Carol” in the Gov. Bill and Vara Daniel Historic Village during the 2020 Christmas season, they didn’t give up. Partnering with the Department of Film and Digital Media in the College of Arts & Sciences, the holiday play was first recorded on location, then made available online in December 2020. 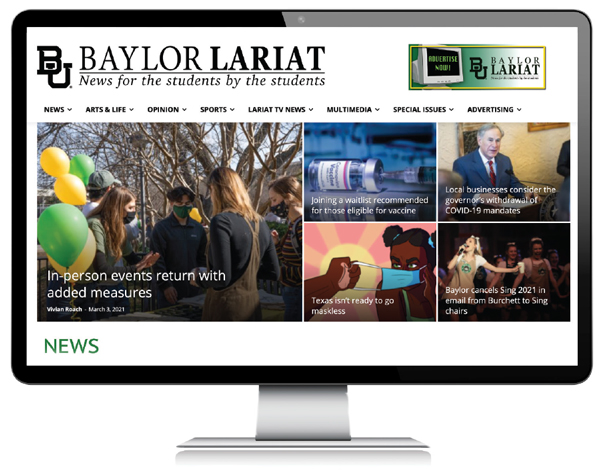 Editor & Publisher magazine — the top trade publication in the field of journalism — has named The Baylor Lariat as the best college campus website in the United States. This is the first time in 15 years The Lariat has won the award, after having been a finalist four times and winning Honorable Mention once. 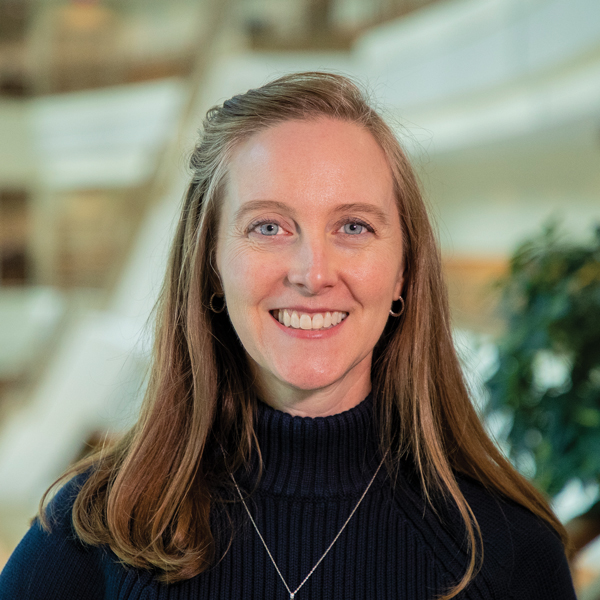 Dr. Lorin Matthews, professor of physics in the College of Arts & Sciences, is one of two faculty members to receive Baylor’s Outstanding Undergraduate Research Mentor Award for 2020. The award recognizes faculty members such as Matthews who have excelled in guiding and encouraging undergraduate students working on research.

Three Baylor Arts & Sciences faculty members have recently received important editorships. Dr. Mia Moody-Ramirez, chair and professor of journalism, public relations and new media, will serve as co-guest editor for “The Role of Social Media in the Black Lives Matter Movement,” a special issue of Journalism and Mass Communication Quarterly to be published in the summer of 2022. 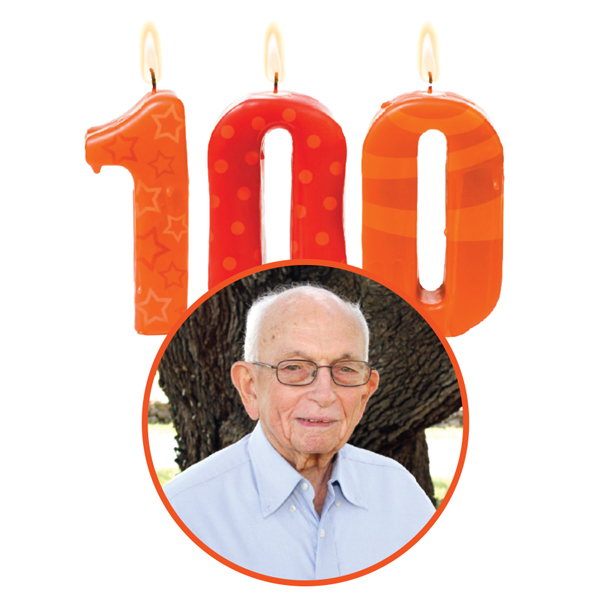 On Nov. 3, 2020, Baylor Arts & Sciences celebrated the 100th birthday of  one of its former deans, A&S alumnus Dr. John Belew. As part of his many decades spent at Baylor as a student, chemistry professor and administrator, Belew was dean of the College from 1974 to 1979. He went on to serve as Baylor’s provost and vice president of academic affairs, and held the Jo Murphy Chair in International Education before his retirement. 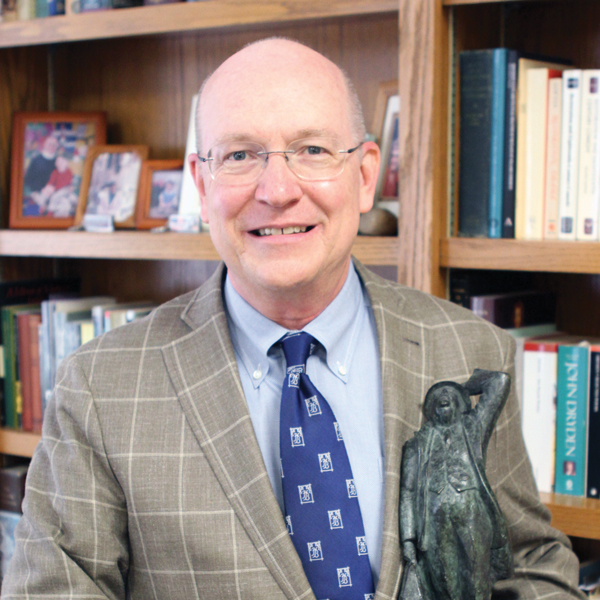 Dr. Kevin Gardner, chair and professor of English, is the first American to win the Betjeman
Society Award, an international award for scholarship into the works and legacy of acclaimed British poet Sir John Betjeman. Gardner is the author or editor of five books that deal with Betjeman’s life and work.

Since our last issue, we have said our final goodbyes to four Arts & Sciences faculty members:

We also mourn the loss of Babs Baugh, a generous supporter and advocate of the College of Arts & Sciences, who died June 14. 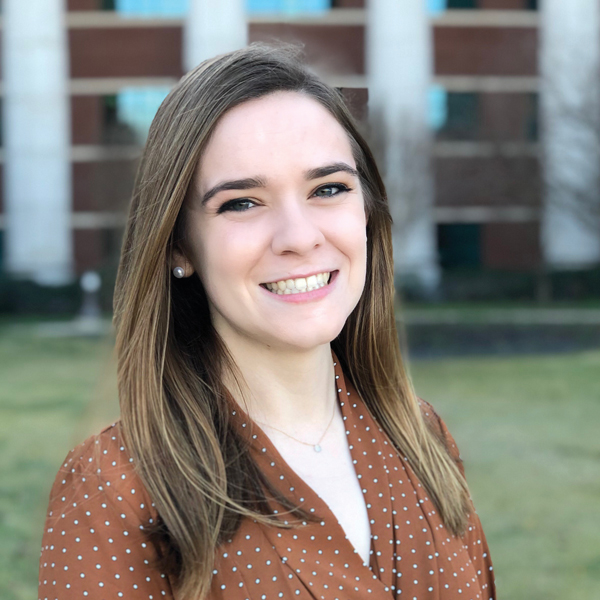 In the first year that Baylor University was eligible to have its students apply, senior Emily Schultz has won a prestigious Churchill Scholarship in science, mathematics and engineering. The Scholarship provides funding to American students for a year of Master’s study at the University of Cambridge, and was created at the request of Sir Winston Churchill to fulfill his vision of American and British scientific exchange. Schultz, a senior biology major who wants to research emerging viral diseases, received another prestigious award in the sciences — the Goldwater Scholarship — in 2020. 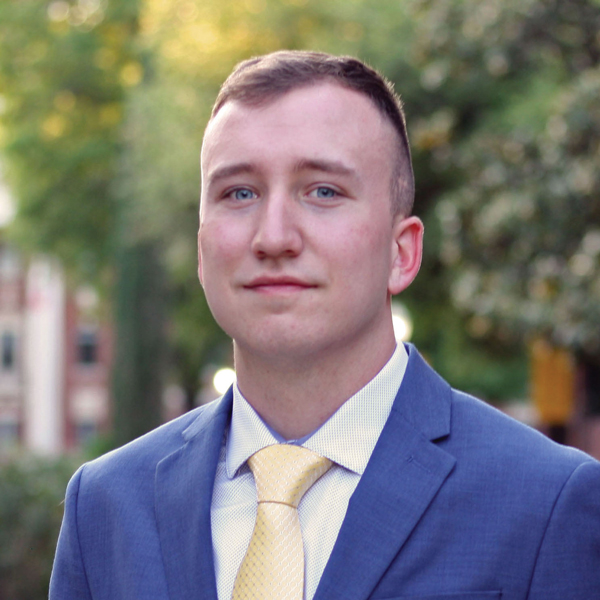 Michael Lotspeich-Yadao, a doctoral candidate in sociology at Baylor, has received a Knowledge Challenge grant from the Ewing Marion Kauffman Foundation to support his research into what problems veterans face as entrepreneurs in rural America. He is one of only 10 students nationwide to receive funding through the Kauffman Knowledge Challenge in 2020. 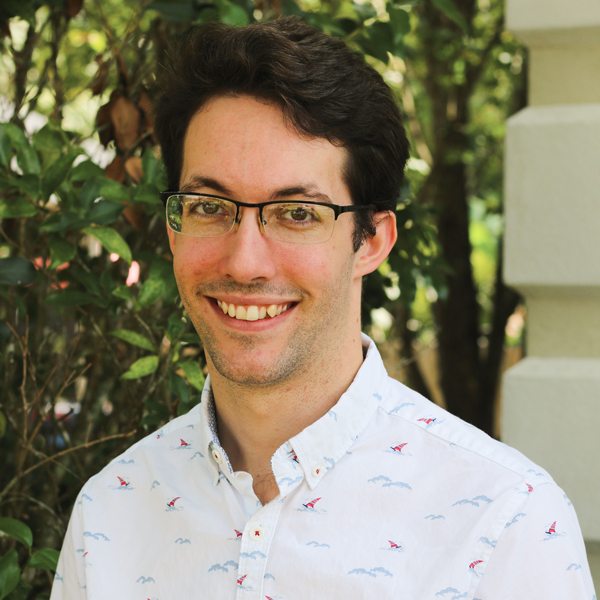 Samuel Barber, a master’s degree student in geology, received the Outstanding Teaching Assistant Award from the National Association of Geoscience Teachers, which recognizes both graduate and undergraduate teaching assistants for excellence. Barber is one of only 12 students nationwide and the only one from Texas to receive the award. 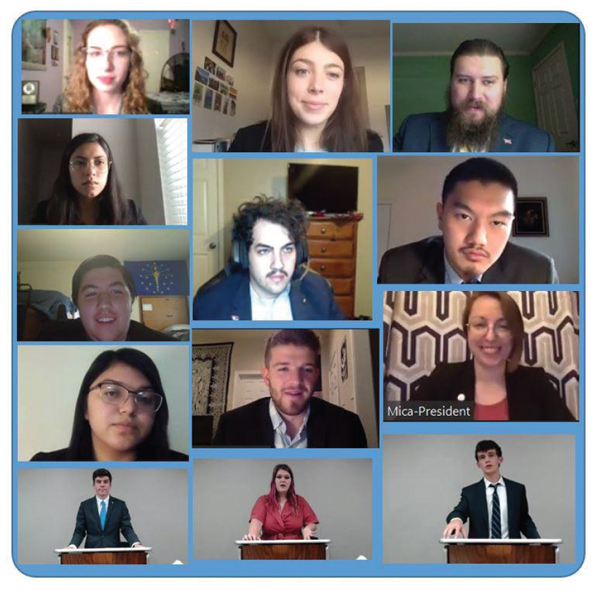 Despite having to shift to a virtual format for their international competitions, the student members of Baylor’s Model United Nations and Model Organization of American States teams have excelled in conferences during the 2020-2021 academic year. In November, the Baylor Model United Nations team participated in the virtual National Model United Nations-D.C. conference, representing Angola, Thailand/Russian Federation and the United Kingdom, and won both the Outstanding Delegation and an Honorable Mention Delegation award. That same month, the Baylor Model OAS team and the Baylor Moot Court team attended a Zoom conference, sponsored by St. Mary’s University, consisting of teams from 12 universities in the U.S. and Mexico, and both the teams and individual competitors came away with a number of top awards. A number of Arts & Sciences alumni were honored as recipients of the 2021 Baylor Alumni Awards, which recognize persons who embody the distinctive mission of the University. Arts & Sciences honorees include: Dr. Gary J. Sheppard (BA ’87), Alumnus of the Year; Jessica Cope (BFA ’15), Young Alumna of the Year; Daniel Roby (BA ’04), Pro Ecclesia Medal of Service; Timothy Head (BA ’98, MSW ’04, JD ’08), Pro Texana Medal of Service; and Brett James (BS ’91), honored for Contributions to the Professions in Media & Arts. Congratulations to each of these outstanding A&S alumni! 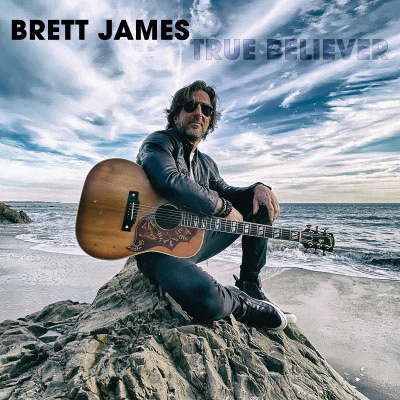 Speaking of A&S alumnus Brett James — a songwriter who has written 25 No. 1 hits and earned a Grammy and three CMA Triple Play Awards — he is now among 12 members of the 2020 Nashville Songwriters Hall of Fame inductee class. James went by Brett James Cornelius during his Baylor days. 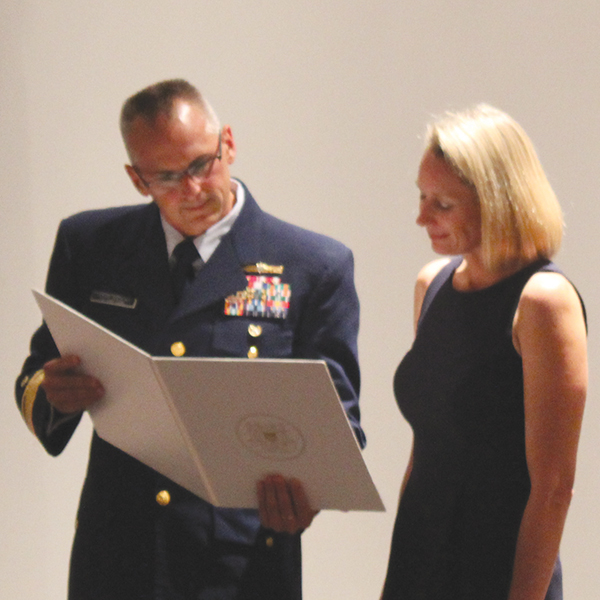 We missed this news the first time around, but wanted to share the incredible story with you. Ann McKinley Rothpletz (BA ’93) was awarded the Gold Lifesaving Medal from the U.S. Coast Guard in October 2019. Rothpletz, only the second woman to receive the award, saw two fishermen struggling in the Ohio River in Louisville, Kentucky. She swam 300 feet into the water and was able to pull one of the fishermen, who was unconscious, to shore. Rothpletz also received the Carnegie Medal for Heroism for her actions. (Photo Credit: Petty Officer Alexandria Preston) 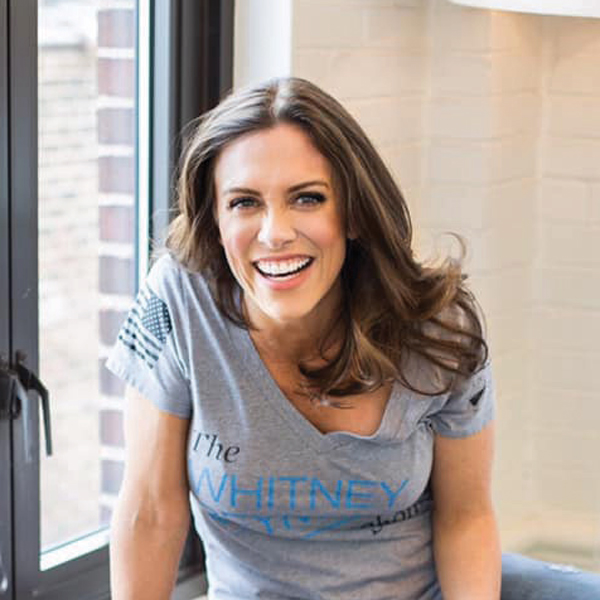 Whitney Reynolds (BA ’07) is the host of the Chicago-based The Whitney Reynolds Show, which is now going national, thanks to a syndication deal that includes PBS stations in Los Angeles, Denver, Minneapolis and Washington, D.C. The Emmy-nominated show, now in its 11th season, won a Telly Award for its “Overcoming Racism” episode. 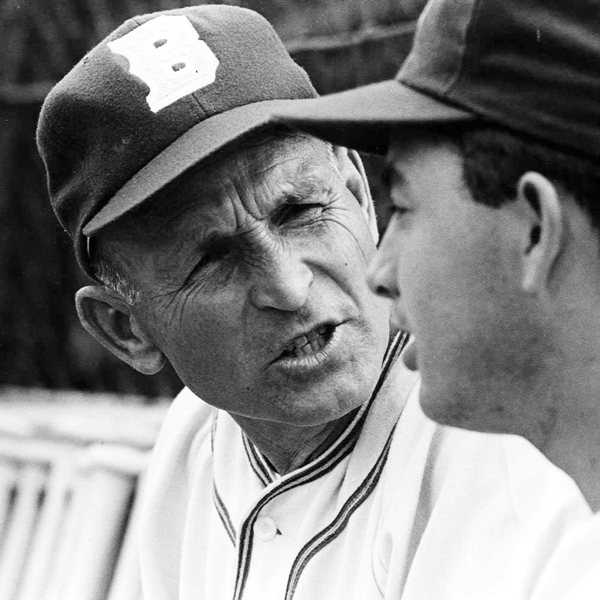 We offer our condolences to the family of beloved former Baylor baseball coach Emil Ernest “Dutch” Schroeder, a 1949 Baylor Arts & Sciences alumnus who died Oct. 2, 2020, at age 96. Dutch played baseball for the Bears beginning in 1948. He was named Baylor baseball’s head coach in 1961 and coached the team through the 1973 season.