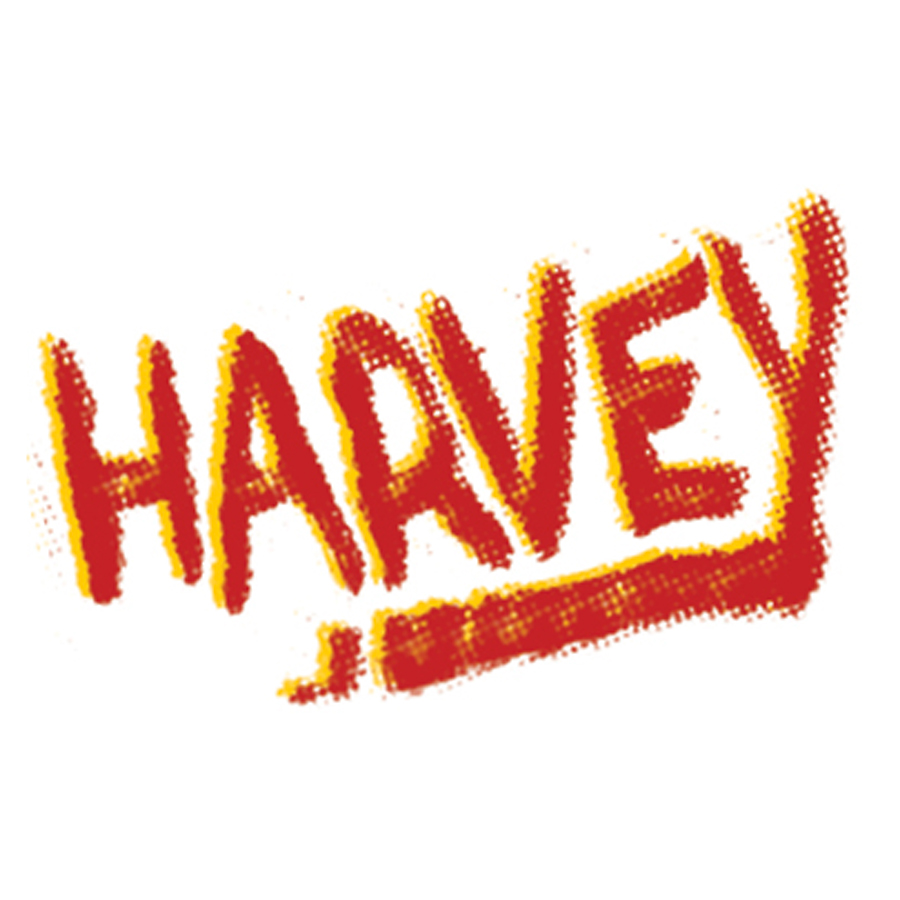 In the late 1950s and early 1960s, gospel albums all looked alike. Black and white photos of the artists in front of stage curtains. Generic photographs of churches or serene landscapes. Religious-themed clip art. Sometimes the album jacket featured only the album’s title and the artist’s name.

Despite being the foundation of all American popular music, gospel music occupied a minor niche in the recorded music universe. A handful of secular labels not only sold the most records, they controlled most of the distribution and radio airplay, sticking with classical music, big band swing, patriotic music, crooners, and movie and Broadway soundtracks.

That left little room for the feisty entrepreneurs who believed there was a market for the smaller genres of rock ‘n’ roll, ethnic music, country (from hillbilly to Western Swing) and gospel. 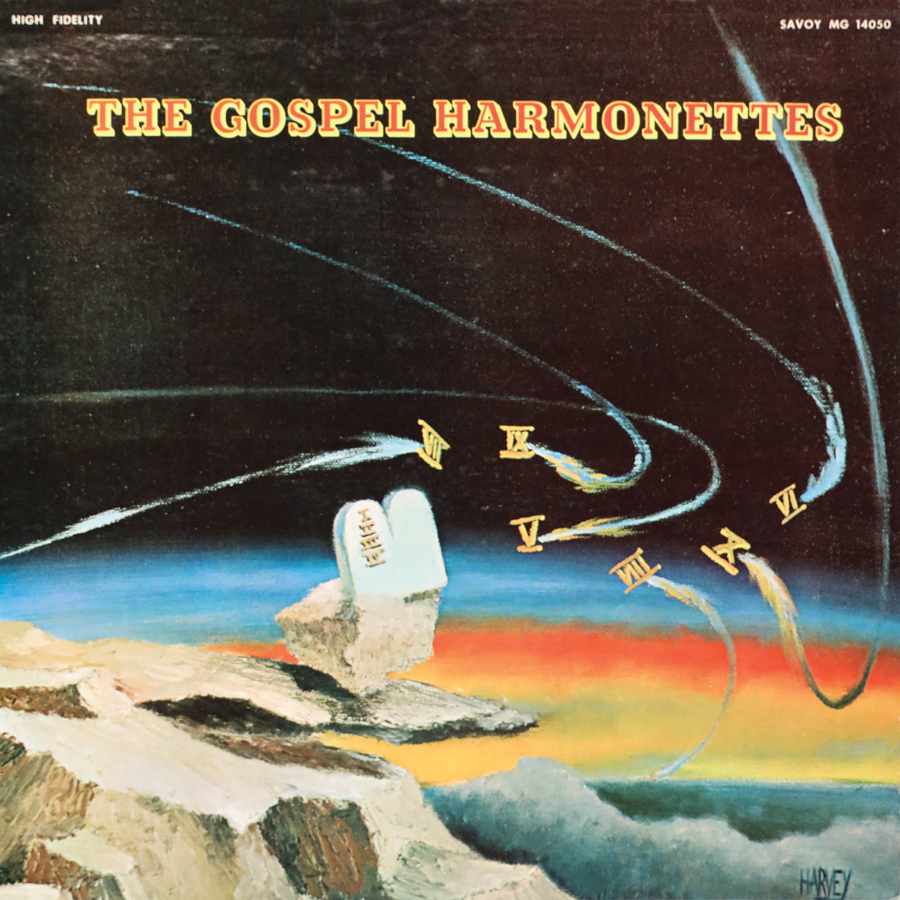 At first, Lubinsky issued Savoy product with generic album jacket art. Suddenly, in 1961, something changed. Savoy LP covers exploded with color and a mad, surreal array of Christian iconography that looked as if Salvador Dali had had a conversion at a snake handler church in the hollers above Pigeon Forge, Tennessee — jet-powered Roman numerals swooping towards monolithic stones, golden crowns floating over massive flying crosses, while small, golden humanoids caper on a barren landscape, more alien figures worshiping a tilting cross that dripped a single locomotive-size drop of blood — and hundreds more! Nearly all of these paintings have a single artist’s name somewhere on the front: “HARVEY.”

For the next few years, HARVEY paintings appeared regularly on Savoy LP jackets — sometimes two-thirds of all Savoy releases in a year featured HARVEYs. In 1965, the frequency slowed until the last known cover was released in 1970. And that was it. No more HARVEYs.

For decades, the identity of the mysterious artist HARVEY confounded the gospel music business. A host of names were tossed out — and promptly shot down — as the artist behind the signature. An entire web page (www.harveyalbums.com), created by gospel historian and collector John Glassburner, became ground zero for all HARVEY speculation and featured a gallery for known HARVEY covers. A number of historians, gospel artists and even other painters tried to solve the mystery.

That’s the way it remained until 2018, when Robbie Rogers, director of Baylor photography and video productions, who was then in the early stages of his American Studies master’s degree studies at the University, one day nonchalantly entered the HARVEY Zone through Baylor’s Black Gospel Music Restoration Project.

“Harvey is a total accident in my life,” Rogers said. “This collection found me more than I found it.”

Always visually oriented, Rogers received a grant through the Baylor University Libraries Digital Collections Teaching Fellowships to investigate the use of album jacket visuals for the “Writing for Media Markets” journalism class he was teaching. As Rogers looked through the collection’s thousands of LPs with the assistance of Eric Ames, assistant director for marketing and communications for ITS and Libraries, certain covers stood out. “I was just moved by this work,” Rogers said. “It absorbed me. I oversimplify everything, and Harvey took Christian iconography to more levels of oversimplification.”

Rogers began a deeper look into the life of the mysterious Harvey as he began his master’s thesis. Comments across Harvey-related websites offered clues into Harvey’s identity. “This is no mystery. This is my father.” “The ‘mysterious’ Harvey is no mystery to me. He was my older brother. I remember the album covers (some of them).” Intrigued by the comments, Rogers took to social media, cross-referencing and validating names, before locating Harvey’s sister, Margo Lee Williams. Margo confirmed that her brother had lived in Queens with his son, Keith Williams, and had worked as a riveter at night while also selling paintings in street fairs.

With the help of art historian Meg Parrish, Margo’s memories of her brother, Harvey Williams, studying at the Student Art League of New York years before were confirmed — and even Harvey’s art school transcript was located. It showed that Harvey’s primary professor was noted surrealist Ernest Fiene, and that Harvey took the same class from Fiene 19 times. Later, Harvey began teaching classes on Saturdays at the Student Art League — he even brought Margo to his classes to meet students from time to time.

Keith and Margo slowly filled in the blanks. It seems Harvey was something of an eccentric, who was careless with money and rarely attended church — and the artist filled his small apartment with nudes done in Fiene’s class.

At some point — yet to be determined — Harvey met Herman Lubinsky of Savoy Records, and thus began one of the strangest partnerships in gospel. Once a month, Harvey (sometimes accompanied by Keith) would visit the Savoy offices and sell Lubinsky a half-dozen religious-themed paintings at $25 per painting. No commissions, no advance notice or instruction, no nothing. Harvey painted; Lubinsky bought. 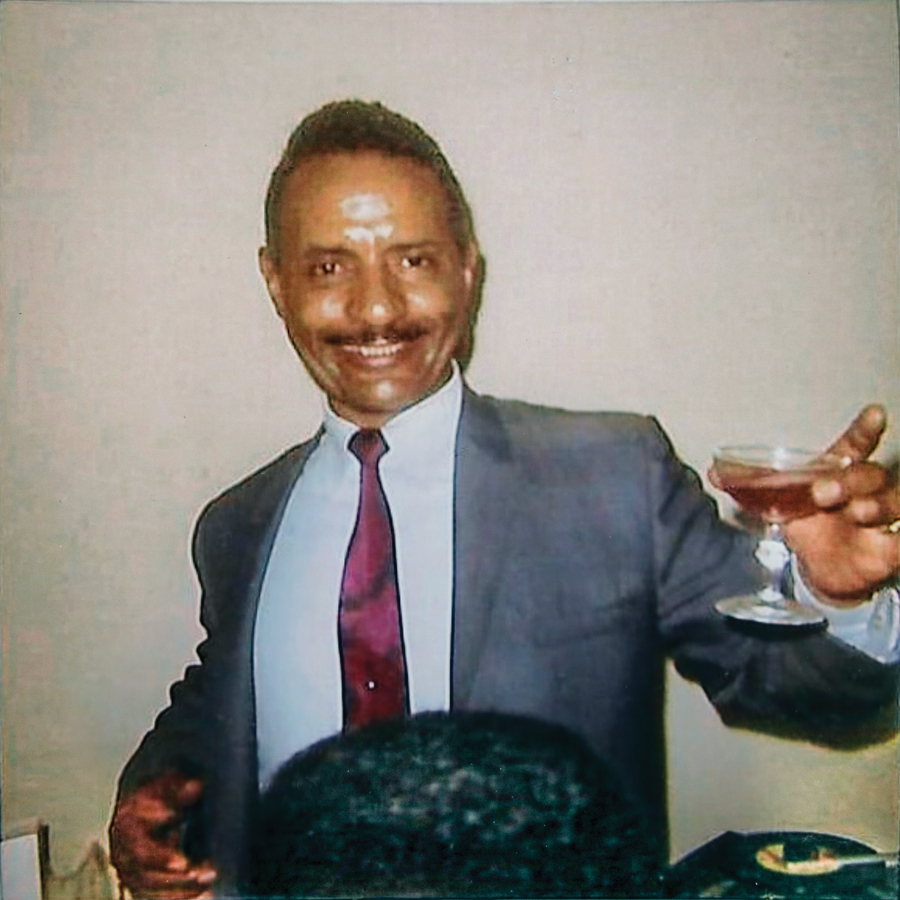 “I find it interesting that someone who never discussed religion and wasn’t a fan of gospel music could produce such spiritually evocative artwork,” said Margo in her blog entry “The very colorful Harvey.” “Clearly, there was a side of Harvey we saw but didn’t recognize.”

The arrangement apparently pleased everyone. Fueled in part by Harvey’s extraordinary technicolor covers for the Gospel Harmonettes, the Davis Sisters, the Roberta Martin Singers and others, Savoy firmly established itself as gospel’s most powerful label.

Lubinsky (or his gospel music team of the Rev. Lawrence Roberts or Fred Mendelson) would apparently randomly assign Harvey’s latest painting to the next album in the Savoy distribution queue. Sometimes the covers matched the content, but usually not. Occasionally, the art would enhance the content. Someone at the Savoy team did assign a Harvey painting of Jesus in a small boat in a storm to the release by Rev. Cleveland and the First Baptist Church of Nutley, New Jersey’s “Angelic Choir,” Peace Be Still. According to Marovich (who is writing a book on the album), Peace Be Still, released during the period of mourning following the assassination of President John F. Kennedy, would become one of the most beloved and best-selling LPs of all time in the gospel market.

Meanwhile, Keith Williams said that he and his father were “literally starving artists.” Harvey dodged bill collectors and instead spent the money on lavish parties for his friends. According to Keith, his father would sometimes retreat to the painting corner of their crowded apartment where he kept his easel and paints. Keith would sit and watch. Suddenly, as the paint began to flow, his father would “go to another place.”

Then one day, Harvey quit painting — neither Margo nor Keith know why. He simply stopped. And the mystery of HARVEY began.

Though he had been a regular exhibitor at art galleries and even won a Ceceile Award for his works, Harvey died virtually unknown and unrecognized. The small plaque in a modest Long Island cemetery reads: “Harvey Williams, PVT US ARMY, WORLD WAR II, SEP 12 1927, JAN 24 1987.” A simple cross is the only decoration. 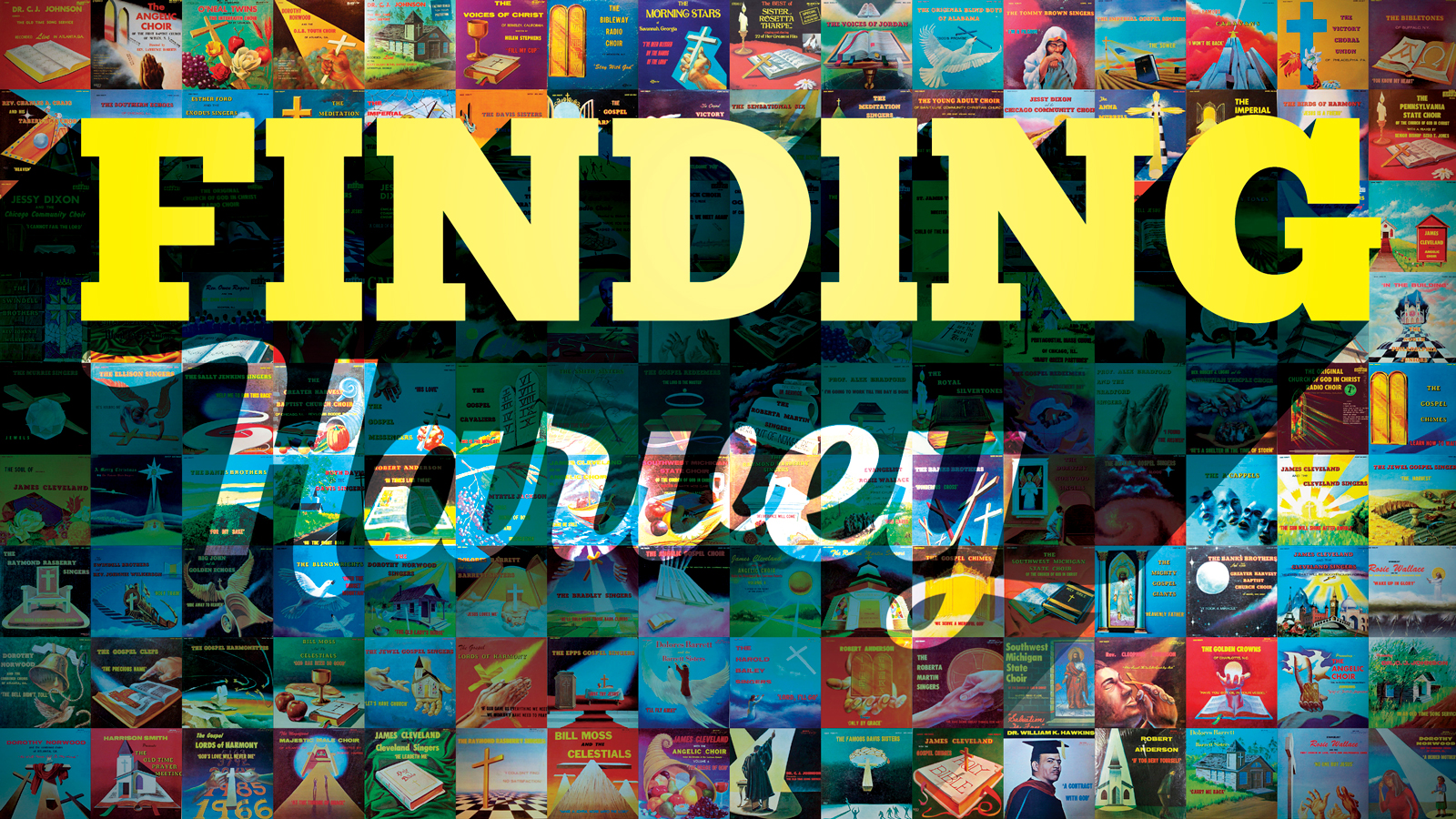 Today, most used gospel albums from the early 1960s cost in the $15-$20 range. But on eBay and other music auction sites, a HARVEY cover usually can only be had for $100 or more. Rogers himself has purchased numerous HARVEY LPs, still mesmerized by the man’s strange juxtaposition of faith and fantasy. As word of Harvey Williams has spread, radio stations, podcasts, gospel historians, blogs and web pages have highlighted the true identity of the mysterious Harvey.

Margo, the Williams family historian, even maintains her own blog where she documents familial connections, including personal information about Harvey. She has only located a couple of photographs of her brother, and Rogers has continued to stay in touch with the family as they slowly piece together information on the artist’s life.

Neither Margo nor Keith know what became of Harvey’s paintings. Once the family realized that their Harvey had become a sensation, they reached out to everyone they could — looking for any answers to the outcome of the paintings. Since then, Margo and Keith have been in contact with individuals who had previously purchased paintings by Harvey, as well as form a relationship with Glassburner.

With materials drawn from Baylor's Black Gospel Music Restoration Project, and informed by the work of Rogers, the University Libraries opened a special exhibit of HARVEY’s paintings on Sept. 12 with the family of Harvey Williams in attendance.

Margo concludes her blog entry on Harvey with a sentiment that seems to be the driving force behind all those involved with the project, writing, “I’m thrilled to know that his work will not end in oblivion.”