For more than 40 years, Baylor's chapter of the Phi Beta Kappa honor society has recognized outstanding achievement and championed the liberal arts

Working to become an R1 research institution, a classification given by the Carnegie Commission on Higher Education, Baylor already shares much in common with many of the nation’s top schools. As just one example, Baylor is among the 10 percent of U.S. colleges and universities to shelter a chapter of Phi Beta Kappa — the oldest and most prestigious academic honor society in the United States. 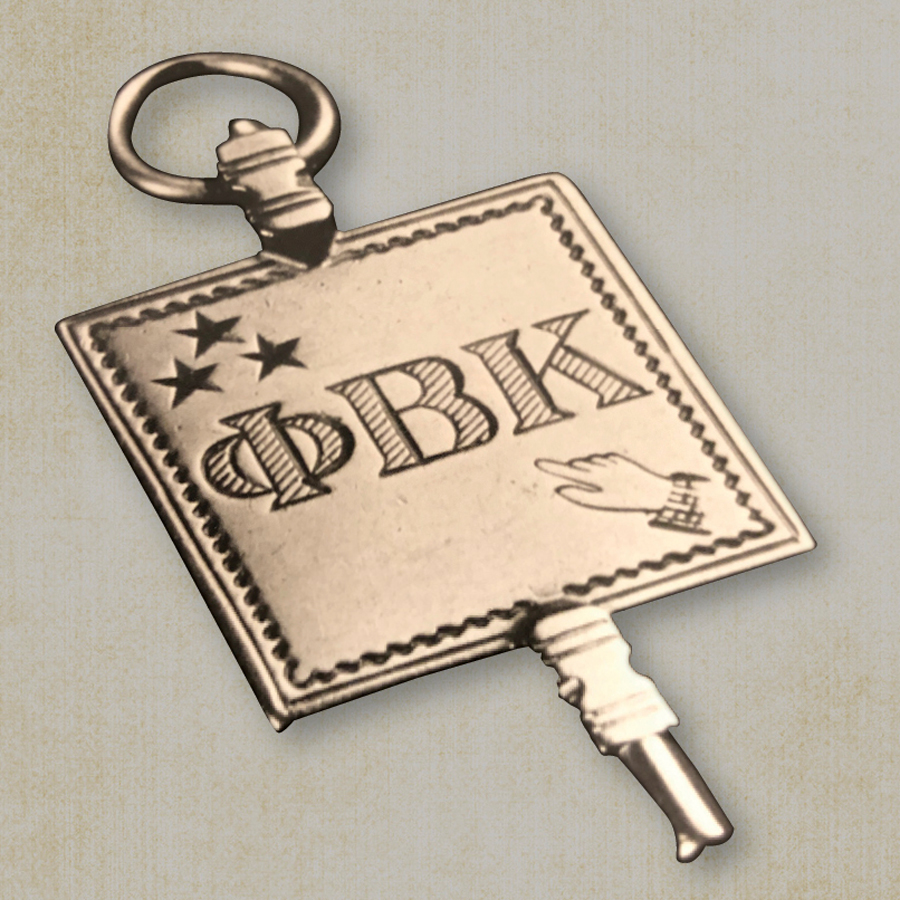 “It’s the granddaddy of all honor societies,” Baylor associate professor of history and PBK member Julie DeGraffenried, PhD, told a gathering of campus Phi Beta Kappa initiates in April 2016. “I realize there are dozens of honor societies now. This one, however, is special. It’s the honor society that all the other honor societies are imitating.”

Since its founding in 1776 at the College of William & Mary, Phi Beta Kappa has grown to include 286 total chapters housed on college and university campuses across the country, including the Zeta of Texas chapter at Baylor University. Nationwide, only one college senior in 100 is invited to join the organization each year. By their academic merit, these students exemplify an uncommon breadth of intellectual interests, a depth of knowledge and an enduring commitment to liberal arts education. The Greek letters themselves declare the society’s motto: “Love of learning is the guide of life.”

At Baylor, we aim to induct eight percent of each graduating class from the College of Arts & Sciences, from among University Scholars and from some Baylor Business Fellows who’ve taken enough liberal arts courses to be considered,” said Dr. Adrienne Harris, associate professor of Russian and current Baylor chapter president.

The Zeta of Texas chapter boasts almost 80 active members. These are current Baylor faculty and staff, who work to promote the liberal arts, whether through informal conversations with students or sponsored events such as the annual Albaugh Lectures. Endowed in the late 1970s, the Roy B. Albaugh Phi Beta Kappa Lectureship has brought to campus a distinguished list of scientists, writers, artists and thinkers including consumer advocate Ralph Nader, historian and former Librarian of Congress Daniel Boorstin, Nobel Prize-winning DNA pioneer Francis Crick, and Pulitzer Prize-winning authors John Updike and Marilynne Robinson.

The story of how Baylor came to have a Phi Beta Kappa chapter is one of great patience and persistence.

Soon after Dr. Henry L. Robinson came to Baylor to chair what was then the French and Italian department in 1948, he began the long crusade toward installing a PBK chapter. The national association only accepts a few new chapters every three years at its triennial meetings. Robinson and a small committee of four or five Baylor faculty who were Phi Beta Kappa members endured the application process five times — in 1952, 1964, 1967, 1970 and 1973 — before succeeding with the sixth application in 1976.

Dr. Wallace Daniel, a former dean of Baylor’s College of Arts & Sciences and a former Baylor history department chair, was one of 12 charter members of the Zeta of Texas chapter.

“Dr. Robinson was so convinced that Baylor deserved to and must shelter a chapter and he was relentless in pursuing that dream of his,” Daniel said. “And after several failures by 1974, he called the committee together once more and insisted we had a better chance the next time around.” For one thing, Daniel said Baylor by 1976 had hired several more faculty who were Phi Beta Kappa members, including then University President Dr. Herbert H. Reynolds.

“In addition to being a Phi Beta Kappa member himself, Reynolds also added greatly to the funding of Moody Memorial Library, which aided the successful application,” Daniel said. “Further, the 1976 application, which was nearly 120 pages in length, made the strong argument that Baylor’s courses in religion and theology were highly academic and rigorous in nature, and not proselytizing. This had been of some concern to the national association previously.”

By the time the Zeta of Texas chapter was finally installed on April 12, 1977, Dr. Robinson had retired, and Dr. Bruce Cresson, now a professor emeritus of religion, served as the first chapter president. Seventeen days later, the first-ever initiation ceremony was held, welcoming 26 undergraduate initiates into Phi Beta Kappa. Among those graduating Baylor seniors was a 22-year-old Dr. Viola Osborn.

“Dr. Daniel was my Russian history professor, and he convinced me that of all the honor societies that might want me, Phi Beta Kappa was the one to join,” said Osborn, who currently serves as director of information analysis and planning for the College of Arts & Sciences. “My parents also knew how important Phi Beta Kappa was.” 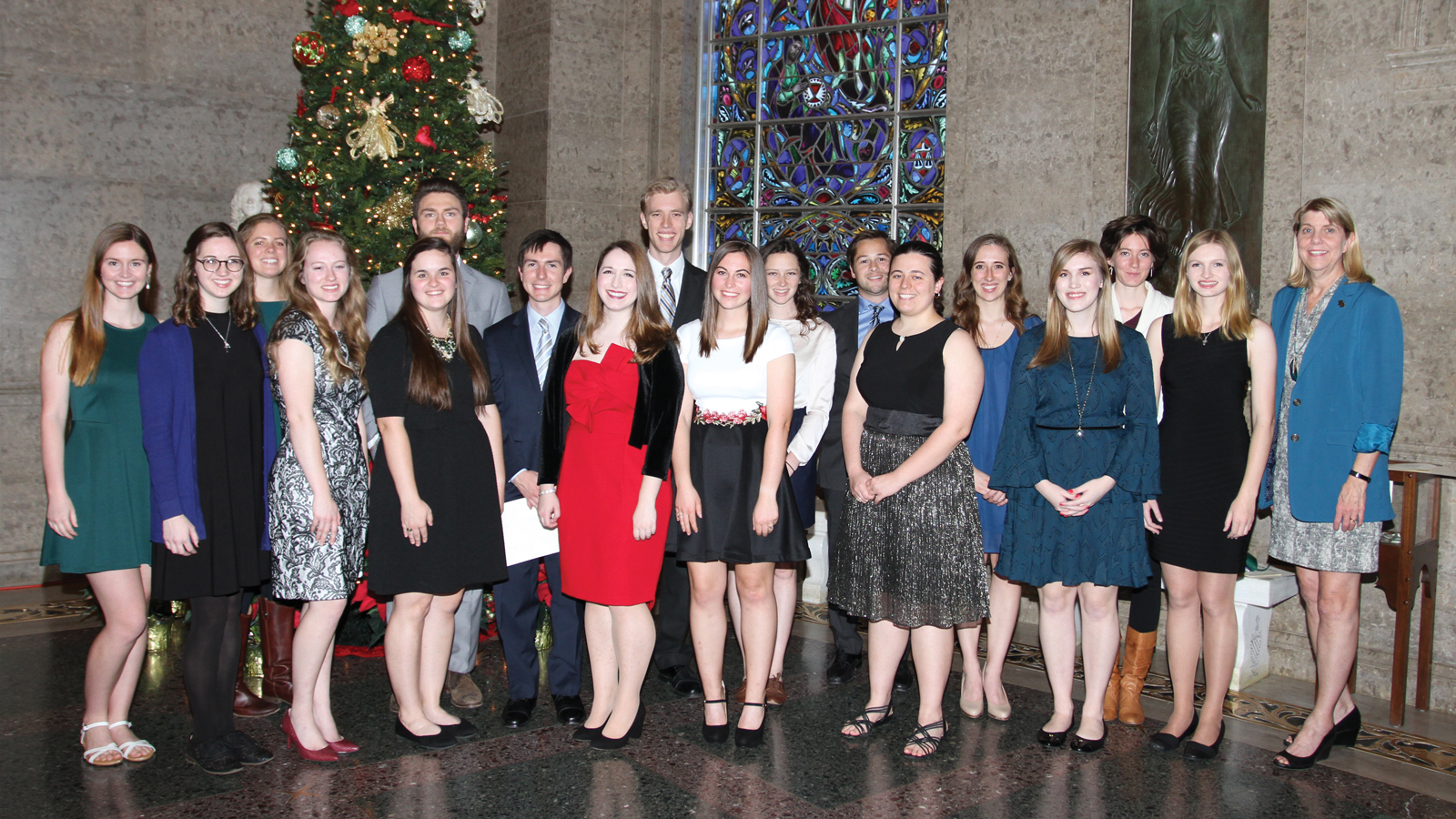 Dr. Alden Smith, professor of classics, Master Teacher and associate dean of the Honors College, estimates that as many as one quarter of undergraduates who come to Baylor know about the PBK chapter on campus.

“Certainly three quarters of Honors College students choose Baylor because Phi Beta Kappa is here, and they do aspire to that distinction,” said Smith, a past chapter president.

Since the mid-1990s, however, a number of sources including The Wall Street Journal and The Chronicle of Higher Education have noted shrinking numbers of Phi Beta Kappa initiates across the United States. One possible reason, according to local and national Phi Beta Kappa officers, is the expansion of chapters to large, state schools which enroll more first-generation college students — a demographic less likely to have heard of the honor society.

In their classrooms and in conversation with students, Baylor’s Zeta of Texas chapter members are intentionally vocal about the honor society, doing their part to inform students unfamiliar with Phi Beta Kappa about this prestigious distinction and its academic requirements. Baylor’s chapter pays for each initiate’s membership fee, and chapter leaders make every effort to invite to membership those students who are historically underrepresented, including minority and first-generation college students who have met the requirements set forth by the national association.

In addition to sponsoring events such as the Albaugh Lectures, Phi Beta Kappa gives back to Baylor by sponsoring four student scholarships every year — including the “Cresson Scholarship” to help fund study abroad opportunities, the Wallace Daniel Award for undergraduate writing and a scholarship rewarding excellence in Spanish.

Despite these efforts at Baylor to communicate the value of PBK and make joining the chapter more affordable, Smith said it’s possible that some might feel threatened by any organization that honors excellence.

“People who want everything to be the same may say that Phi Beta Kappa is an elitist thing. When you’re talking about anything merit-based, it’s possible to make that argument. But the fact is, we live in a society that recognizes and rewards excellence. And, I think the real question ought to be about inherent value. Phi Beta Kappa is a mark of distinction signaling a person who is not only intelligent but trained to asked good questions,” Smith said, noting that his own Phi Beta Kappa membership helped him get hired at Baylor.

As a first-generation college student herself, Harris says she nearly declined her own invitation to membership when she was a senior at Purdue University 20 years ago.

“When I received the letter, I didn’t understand what an honor it was, and it seemed like this organization was just asking me for $50,” Harris said. “But a professor of mine overheard a conversation I was having with some classmates about it, and on the spot, he offered to pay my membership fee for me. That he was willing to do this for me underscored the importance of Phi Beta Kappa.”