Faculty in disciplines across the College of Arts & Sciences have produced robust scholarship addressing issues of race, gender, ethnicity, and other areas of DEI. This research has contributed to the advancement of scholarly as well as public conversations on both national and international stages. In addition, three of the A&S Signature Academic Initiatives (Baylor in Latin America; Human Flourishing, Leadership, and Ethics; and Global Health) directly address issues related to DEI, while other initiatives also have similar implications. 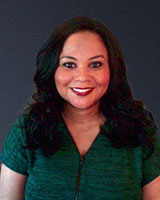 Dr. Mia Moody-Ramirez, Professor and Chair of Journalism, Public Relations, and New Media, joined the Baylor family in 1998 as a graduate student, then in 2001 as an adjunct faculty member. She has maintained an active research portfolio in addition to her teaching and leadership roles. Her research emphasizes media framing of people of color, women, and other underrepresented groups. Most recently, she has examined how historical stereotypes have surfaced in social media content.

The author of four books, numerous book chapters, and various academic and industry journal articles, Moody-Ramirez was recognized as the recipient of the 2021 Baylor Cornelia Smith Outstanding Professor Award. She was also the recipient of the Baylor 2019 Outstanding Newsmaker Award, the AEJMC Outstanding Woman in Journalism award in 2019, and the AEJMC Lionel Barrow Jr. Award for Distinguished Achievement in Diversity Research and Education.

In 2018, she co-authored From Blackface to Black Twitter: Reflections on Black Humor, Race, Politics and Gender (Peter Lang Publishing) with Dr. Jannette L. Dates of Howard University. The book analyzes and offers insights into the intersections of race, gender, and politics in the humor developed by, for, and, or about black people. Also, in 2018, she co-authored Race, Gender, and Image Repair Theory: How Digital Media Change the Landscape with Dr. Hazel James Cole, West Georgia University.

In 2013, she co-authored The Obamas and Mass Media: Race, Gender, Religion, and Politics (Palgrave Macmillan) with Dr. Jannette Dates. She solo-authored Black and Mainstream Press’ Framing of Racial Profiling: A Historical Perspective (University Press of America) in 2009. She has presented papers at numerous regional, national and international conferences and has been published in publications such as Public Relations Review, Journalism Educator, and the Journal of Magazine & New Media Research.

Moody-Ramirez is a very active member of the Association for Education in Journalism and Mass Communication (AEJMC), the flagship organization for the journalism discipline. In this organization, she has participated in the Minorities and Communication division from 2009 to present. She served as Head for the AEJMC Minorities and Communication division from 2018 to 2019. Other appointments include the MAC Faculty Research Chair, Graduate Student Research Chair, and the Midwinter Conference Chair. Additionally, she is a member of the Commission on the Status of Women. In this capacity, she served as secretary for three years. She also served on the AEJMC Strategic Plan Implementation Committee from 2013 to 2016 and served on the AEJMC PF&R committee from 2017 to 2020. In addition, she has served as a reviewer for many divisions and interest groups.

Moody-Ramirez teaches courses in gender, race and media studies, public relations, and research methods. Her expertise on these topics has been featured in various local, national, and international media outlets.