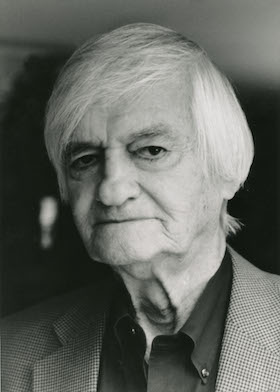 Who is James Vardaman?

During his 33-year teaching career at Baylor University, Dr. James W. Vardaman instilled a love of history in thousands of students and in the process he became one of the most beloved faculty members on campus. Many students would echo the sentiments of film director Kevin Reynolds, who recalled his time at Baylor by saying, "It is one of the greatest treasures of my life to be able to say, 'I took history with Jim Vardaman.'"

Born on the eve of the Great Depression in Dallas, Texas, Dr. Vardaman grew up listening to the sermons of legendary pastor George W. Truett while attending the First Baptist Church of Dallas. After leaving high school and serving four years in the Marine Corps during the late 1940s, Dr. Vardaman fulfilled a dream by attending Dr. Truett’s alma mater, Baylor University, and earning a BA in history in 1951. He added an MA degree from the University of Minnesota in 1952 and a PhD from Vanderbilt University in 1957.

After holding faculty positions at TCU and then the Virginia Military Institute, in 1967 Dr. Vardaman accepted a faculty position at Baylor University, where his sister -- the beloved English professor Ann Miller -- was teaching. Over the next 33 years until his retirement in 2000, Dr. Vardaman received numerous honors including the Professor of the Year Award for 1968-1969, the Baylor University Outstanding Professor Award in 1986 and the designation of Master Teacher in 1993. He was named an Outstanding Contributor to the Honors Program in 1999, and was elected to Baylor’s chapter of Phi Beta Kappa in 2011.

The men and women who were fortunate enough to take one of Dr. Vardaman’s classes in British, French, German, European and world history retain warm memories of the experience, and of their professor.

"I took [his] history class as a freshman…I remember writing a note at the end of my final exam blue book saying that [he was] the most incredible teacher I had ever studied with," said David Kent, who won a national debate championship while at Baylor.

"[He] had the deepest, most lasting influence on me of anyone outside my own family," said Mike Horner. "More than anyone else, [he] instilled in me the joy of learning and the love of history, priceless possessions every day of my life."

"[He] always saw more in me than I saw in myself. [He] always inspired me to try to be a better person," said Marianne Sawyer Stambaugh.

Dr. Vardaman has also played a part in inspiring and influencing future teachers.

"When I became a teacher, [he was] the standard by which I judged myself," said Dr. William English, now a professor of communication at Baylor. "I am certain of two things: I never reached the standard [he] set for me, and because of [his] example I am a much better teacher than I ever would have been."

“The time with Vardaman was an intellectual turning point in my life," said Dr. Timothy Fehler, a professor of history at Furman University who won a meritorious teaching award there. "I still think about Vardaman every day when I go in the classroom. His impact on me has been enormous. I hope that I can someday impact a student’s life in the same way." 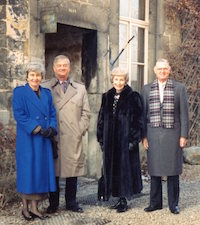 In addition to his work in the classroom, Dr. Vardaman broadened the historical knowledge of hundreds of Baylor students and alumni through the many overseas tours and study abroad programs he not only taught in but often directed. He began the Baylor in the British Isles program in 1981 and served as its director for 11 years, and also initiated and taught in the Baylor in Maastricht study abroad program from 1995-1997. He served as a professor in exchange and extension programs in China, Europe and the Middle East, and has led Baylor alumni and administrators on travel programs in more than 40 countries on five continents.

Dr. Vardaman also served four years as Baylor’s Director of International Programs, as well as the Jo Murphy Chair in International Education. He passed away Jan. 31, 2018, at age 89.

Why create the Vardaman Fund?

To honor Dr. Vardaman’s legacy of teaching and service to the University, a number of funds have been established over the past 30 years by his friends and former students to provide scholarships to deserving students.

The James Vardaman Endowed Professorship Fund, established by a friend and generous donor, builds on these previous efforts to provide a permanent endowment that will attract and retain a professor in the Department of History within the College of Arts & Sciences. The funds may be used for, but are not limited to, the support of salary, research needs, scholarship and travel expenses.