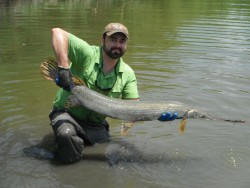 Longnose (Lepisosteus osseus) and Alligator Gar (Atractosteus spatula) are long-lived, primitive fishes. Cole Matson (Env. Sci) and I are studying populations of gar along the Brazos River, the largest river in Texas, to test the hypothesis that dams have reduced population genetic diversity and increased genetic isolation. We are using Longnose Gar as a surrogate for Alligator Gar because the latter has been extirpated above dams. Further, we are studying community assembly and food-web structure to better understand the role wastewater effluent discharges alter large-river food webs, particularly in areas with and without Alligator Gar. The project includes many other facets; e.g., we are tagging hundreds of individuals with the additional objective of estimating growth rates and movement over annual and decadal time scales, exploring eDNA for detecting Alligator Gar, and measuring contaminants and biomarkers in fish near wastewater discharges. Project in collaboration with Texas Parks and Wildlife Department (TPWD). 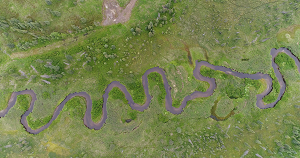 Downstream effects of headwaters on river and nearshore marine ecosystems

We are in year 15+ of studying headwater streams on the lower Kenai Peninsula, Alaska. We are currently estimating the flux of dissolved and particulate nitrogen, phosphorus and carbon from tiny first-order streams to the lower reaches of rivers and nearshore marine ecosystems (beaches) with the objective of tying salmonid and razor clam production to first-order streams. We are using a variety of complementary techniques, including stable isotopes and fatty acid profiles, to link headwaters to lower river and nearshore marine food webs. Project is funded by USFWS, Smithsonian, and AK State Wildlife Grant.

We are collaborating with Cole Matson (Baylor) and Emily Bernhardt (Duke) on a 5-year NSF study on effects of nanoparticles (NPs) on aquatic ecosystem structure and functioning using Duke's wetland mesocosm facility. At Baylor, we are using the BEAR stream facility to contrast chronic vs pulse additions of NPs as well as a chronic dosing of titanium NPs in whole-effluent from the City of Waco's wastewater treatment plant. Our lab focuses on trophic transfer and biodistribution of nanoparticles in aquatic food webs. CEINT homepage 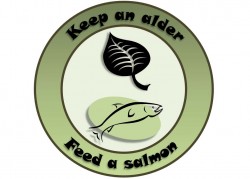 Alder (a woody shrub) is able to fix atmospheric nitrogen. We have demonstrated that it fuels productivity in small, salmon rearing streams in Alaska. Unfortunately, many Alaskan private property owners consider it a nuisance! Similarly, wetlands contribute dissolved organic matter that also may increase microbial production in streams. In summer 2013, we performed whole stream nitrogen and organic carbon enrichments to link N and C to juvenile salmonid production, with surprisingly strong, positive responses from microbes to juvenile salmonids. Currently, we are studying the effects of headwaters on downstream ecosystems (at least through 2019). 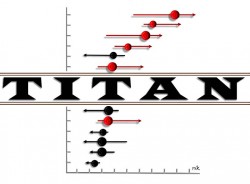 Matt Baker (University of Maryland, Baltimore Co.) and King have made some methodological advances in the arena of ecological thresholds. In early 2010, we introduced TITAN (Threshold Indicator Taxa Analysis) as a new approach to detecting and interpreting synchronous declines in multiple species along environmental gradient. TITAN is currently being used by several states in support of developing numerical water quality criteria. Refinements and extensions are in the works. 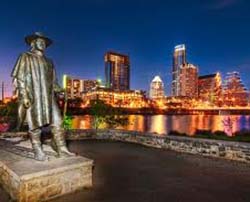 We are working with the City of Austin to model the effects of urbanization and flow permanence on macroinvertebrate community structure of streams in Edwards Plateau and Texas Blackland Prairies. The goal, initially, was to help scale their Environmental Integrity Index to account for the natural effects of flow permanence on stream biota, but in the process made some exciting discoveries. Currently, we are modeling diatom assemblage responses to point and nonpoint nutrient sources in addition to flow and impervious cover. City of Austin Env. Integrity Index (link) 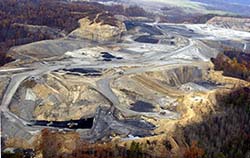 We collaborated with Emily Bernhardt's lab at Duke to study the effects of alkaline mine drainage associated with mountaintop removal mining. This type of mining results in highly elevated dissolved solids, particularly sulfate, and sharp declines in stream biodiversity at low levels of mining. Our lab contributed to a couple of influential papers on this topic (ES&T 2012, Methods in Ecology & Evolution, 2015). Current work is mostly legal in nature; King continues to serve as an expert witness in federal cases related to surface mining permits in Appalachia (WV and VA). 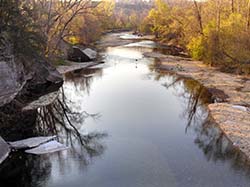 We were selected by a joint committee from Oklahoma and Arkansas to perform a multi-year field study to determine a threshold level of phosphorus that results in a significant shift toward nuisance algal biomass, degraded aesthetics, and poor water quality (e.g., dissolved oxygen). This study is the culmination of over 3 decades of legal issues between these two states, including a Supreme Court decision in 1992 that determined an upstream state cannot violate the water quality standards of a downstream state. The $600,000 study was completed in December 2016, resulting in a definitive, unanimous agreement between the two states. Check out the "Research Spotlight" for details. 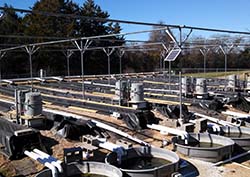 We directed a $1,150,000 project designed to assess the response of autotrophic (algae, macrophytes) ecosystem components to pulsed atrazine exposures in streams. Atrazine is the most widely used herbicide in North America and EPA currently is reevaluating how much atrazine is too much for streams. Our study was the first to simulate atrazine exposures as they really occur--as pulsed runoff events that closely mimic a stream hydrograph, the biggest weakness identified by the USEPA's Scientific Advisory Panel among all previous studies. The BEAR stream mesocosm facility was used for this study and was published in ET&C within less than 1 year of completion. Link to SAP report