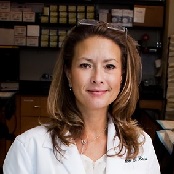 My research focus is human biological variation. I have looked at variation throughout the Americas in both modern, historic, and ancient populations to understand populations in both a fixed point in time and also how populations change through time.

In 2003, I founded Reuniting Families, a program to assist local, state and federal US agencies as well as foreign governments in the recovery, identification and repatriation of deceased migrants found along the US/Mexico border. In addition to Texas cases, we have also performed analyses on remains from California and Arizona. the Baylor Forensic Team also performs field work and has exhumed the graves of the unidentified in order to perform proper forensic examinations, take DNA samples, enter the cases into NamUs (www.identifyus.org) as well as to work with numerous agencies governmental, public and private to compare information in hope of identification. Hundreds of Baylor students have donated countless hours to these efforts over the last 15 years. We have worked on roughly 560 cases that have resulted in the repatriation of individuals from Mexico, Guatemala, Honduras, El Salvador, Peru, the Dominican Republic and more.

In 2016, Baylor launched the San Giuliano Archaeological Research Project in Italy. This is an effort to understand the temporal occupation of the of the site. My focus is in the necropolis regarding the skeletal analyses the excavated tombs. In particular, I hope to answer basic questions such as the number of individuals interred in each tomb, their age ranges and sex distribution as well as the time span for the use of the tomb. I also hope to answer questions of the genetic relatedness of those within each tomb and between tombs and complexes and to assess the genetic similarities to other past and present populations.

PhD in Anthropology, University of Tennessee, 2001

I firmly believe that anthropology necessitates hands-on and field experiences in order to truly develop and prepare students properly. I benefitted immeasurably from field school experiences and genuine laboratory research when I was an undergraduate student and try to offer these opportunities to my students. In addition, I think a team based approach is the only way to adequately address the wicked problems of today so many of my courses involve active involvement and team collaboration. Lastly, my work is not merely focused on creating knowledge but applying that knowledge in areas of criminal and social justice and human rights; therefore, I find it imperative to consider how we might be social innovators as much as scientists.

"The Forensics of Identifying Migrants Who Die Exhausted after Crossing from Mexico." Scientific American, by Ananda Rose, June 2015