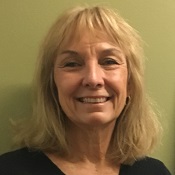 The Baylor-Barnhill Archaeological Project began six years ago and during this time, my field school students and I have been excavating at two rockshelters on the Barnhill Ranch near Gatesville, Texas, and have conducted a number of analyses on the features and material culture from these two sites. These include the analyses of the macrobotanical remains that we recover through flotation, lipid analyses of hearth stones, starch grain analysis of metate surfaces, use wear analyses of stone tools, interpretation of the faunal assemblage to determine processing and nutritional value of the identified taxa, and spatial analyses using ArcGIS software to delineate the use of space within the rockshelters. Rockshelter #3 (41CV1646) was occupied during the Late Prehistoric Period (AD 700-1600) and Rockshelter #6 (41CV1649) was occupied from the Early Archaic through the Late Prehistoric Periods (6500 BC-AD 1600). Because of the excellent preservation of botanical and faunal remains, the information gleaned from these rockshelters is contributing to our understanding of hunter-gatherer life and adaptations to periods of climate change during prehistory. Collaborators include geoarchaeologist Shane Prochnow, Ph.D., and archaeobotanist, Leslie Bush, Ph.D. For more information, please visit the Baylor Archaeological Field School in Texas website.

The Baylor Neighborhood 1910-1960 Research Project began as a course project in Historical Archaeology (ANT 3307) in 2006. Historical archaeologists not only “dig” in the dirt, but they also “dig” into archival records, often located in basements of special libraries, such as the Texas Collection. We are using archival materials housed in the Texas Collection and digital resources available through the Baylor Libraries on-line services. Not only are we examining the neighborhood that once surrounded Baylor University before urban renewal of the early 1960s, but we are also learning about the residents of those properties, and tracing them back to the first decades of the 20th century. Students conduct research using four different archival resources, which include the documents of the Urban Renewal Agency of the City of Waco, the Waco City Directories, the Federal Population Censuses of 1910 through 1940, and the Sanborn Fire Insurance Maps. Students compile these reports into a manuscript which is accessioned into the Texas Collection.

The Archaeological and Historical Investigations of Bosque and Hamilton Counties Project is a joint research project with Texas Historical Commission (THC) Steward, Bryan Jameson and members of the THC staff to educate landowners of the archaeological and historical legacy of their properties. To date, we have surveyed seven ranches and have recorded 23 sites, including test excavations at four of these sites. Members of the Anthropology Society have been involved in many of these investigations. Two of the historic sites are listed on the National Register of Historic Places and one of these sites was the focus of a 2017 Honors Thesis. Please contact me if you are an undergraduate or graduate student looking for a research project with a focus on history or prehistory of central Texas.

The Bibo Cabin Ruins Project is an archaeological and historical investigation of the Bob Roland Ranch in Cibola County, New Mexico. Since 2010, a team of archaeologists from Texas, New Mexico, and Arizona have been conducting excavations of five of the eight room blocks at the Bibo Cabin site, a Puebloan site dating from Pueblo I through Pueblo III Periods (AD 750-1350). During excavations, a number of interesting features have been encountered, which include two ceramic production rooms, a sipapu hearth in the plaza, and a possible kiva (excavation in progress). Archival and archaeological research has also been conducted on the Armijo farmstead located on this ranch.

BS in History and Geography, University of Texas, Austin, Texas, 1975

As a senior lecturer in the Department of Anthropology, my focus is on teaching and mentoring undergraduate students. I see myself as a teacher first and it is my responsibility to prepare students for graduate school or professional employment. I am also an archaeologist with thirty years of experience which has influenced and shaped my teaching. My classes are designed to provide students with the total experience of archaeology, from hands-on training to the application of anthropological theory to archaeological datasets. I am involved in many archaeological and historical projects in Texas and New Mexico in which I have involved my students. Students enrolled in my archaeology courses have conducted archival research using primary documents in the Texas Collection, surveyed and excavated sites in central Texas and have analyzed artifacts from these sites. My students have contributed to research conducted at Salado College, the Cleng Peerson (Father of Norwegian Immigration) Farmstead, both listed on the National Register of Historic Places, and numerous prehistoric and historic sites in McLennan, Hamilton, Parker, and Bosque Counties. We do “real” archaeology and these experiences enhance students’ resumes and graduate school applications. Over the past twelve years, I have led the Baylor University Archaeological Field School. Since 2011, my students and I have been working in two rockshelters on the Barnhill Ranch near Gatesville. The field school provides students with instruction in excavation and laboratory methods which includes flotation, the use of survey equipment and the application of GIS to archaeological data management and analysis. In 2018, we will be incorporating Structure from Motion software to map the stratigraphy of the Rockshelter #6. My students conduct research on some aspect of the field school investigation and present their research at the Annual Meeting of the Texas Archeological Society. Each year, since 2006, Baylor students have attended these meetings and have presented either papers or posters. These papers and posters have also been presented during URSA Week. Students learn that archaeology is not just digging in the dirt, but involves many hours of processing artifacts and analyzing data, conducting in-depth research and sharing their knowledge with the public.