Faculty from our department lead a number of different summer study and research opportunities. Please explore some of these options, and contact the appropriate faculty members for details.

Baylor in Belize I 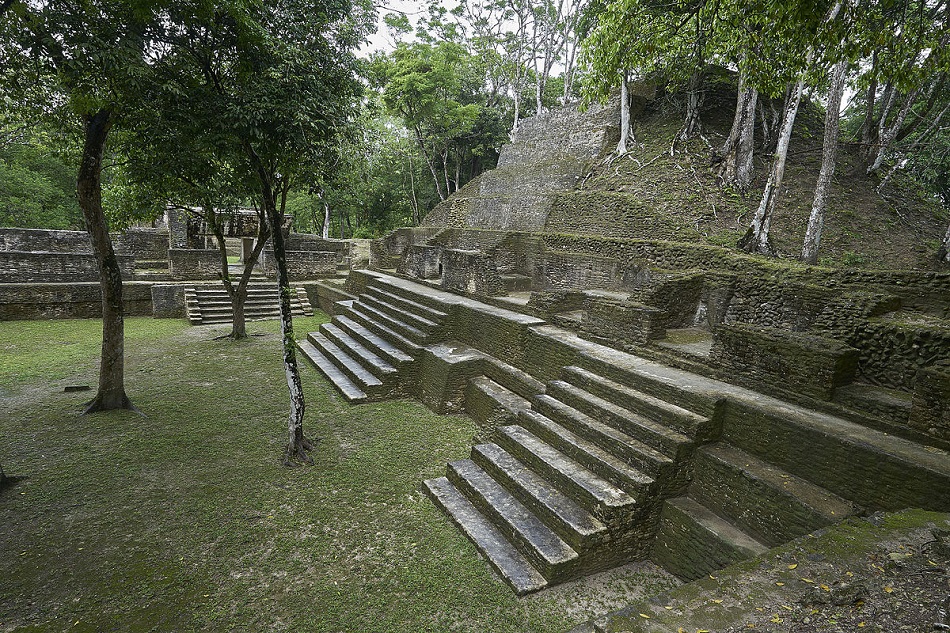 The BVAR project is co-directed by Belizean archaeologist Dr. Jaime J. Awe (Northern Arizona University) and Dr. Julie A. Hoggarth (Baylor University). BVAR has been conducting archaeological research in central Belize since 1988 with the initiation of excavations at the ancient Maya site of Cahal Pech. In 1992 BVAR started shifting its focus on the major site of Baking Pot, a site which continues to be actively investigated by Co-Director Julie Hoggarth since 2008. In 2018 BVAR will be hosting its 31st summer field school. The fieldwork in 2018 will continue with investigations at the ancient Maya sites of Cahal Pech, Baking Pot, Lower Dover, and Xunantunich. These major Belize Valley sites are located on the outskirts of the modern town of San Ignacio, capital of the Cayo District of Belize, Central America. 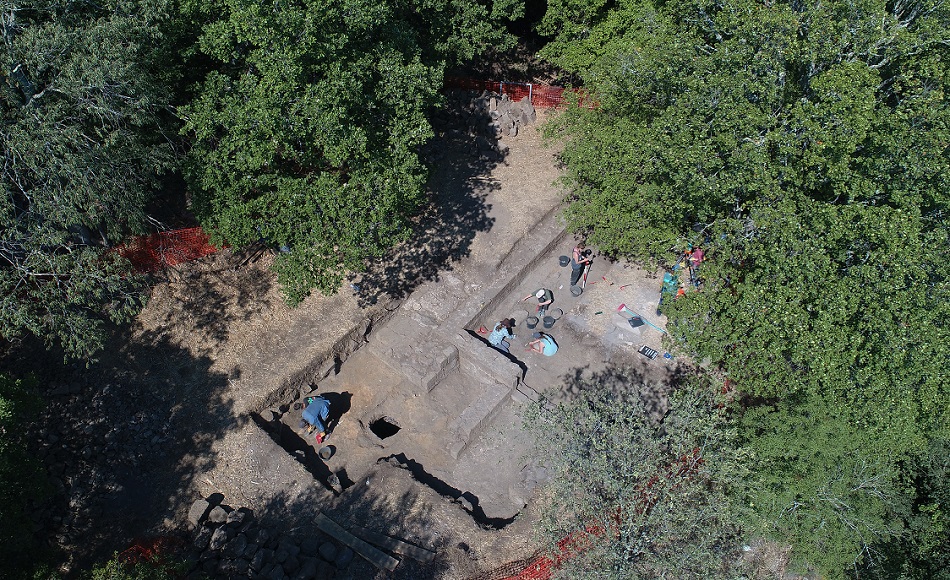 The SGARP is a multidisciplinary research project targeting the rich and virtually unexplored archaeological past of San Giuliano, a site located approximately 70 km northwest of Rome in the Lazio province of Italy. SGARP’s goal is to reconstruct the long-term changes in human occupation on the San Giuliano plateau and the surrounding area.

San Giuliano was occupied from as early as 1300 BC up until it was abandoned sometime in the 13th century. We have focused our attention on the Etruscan (900 - 300 BC) and medieval (AD 500 - 1300) periods as eras of particularly significant societal change. These two periods saw the most intensive use of the San Giuliano plateau. Our investigation of the Etruscan period is three pronged: 1) systematic survey and documentation of the many hundreds of Etruscan tombs cut into the volcanic escarpments surrounding the San Giuliano plateau; 2) salvage excavation of looted tombs to recover human remains and grave offerings; and 3) the discovery and excavation of the Etruscan settlement atop the plateau associated with the surrounding tombs. These investigations will provide an unparalleled glimpse into the social organization and lifestyles of the Etruscan people inhabiting inland Lazio.

The medieval period saw people again inhabiting the top of the San Giuliano plateau. Our efforts have focused on the defensible eastern end of the plateau, an area known as La Rocca, and the complex of fortifications protecting what appears to be an associated village. The first two seasons of work have comprised 1) surface artifact survey and mapping of standing architecture, including a collapsed tower, possible chapel and associated buildings; and 2) the excavation of a large hall, associated buildings, and the open space outside. This work will provide new insights into the economic activities and trade relationships undertaken by San Giuliano’s inhabitants in the Middle Ages, as well as the medieval incastellamento (castle-building) process that reshaped the Italian landscape in the 10th and 11th centuries. 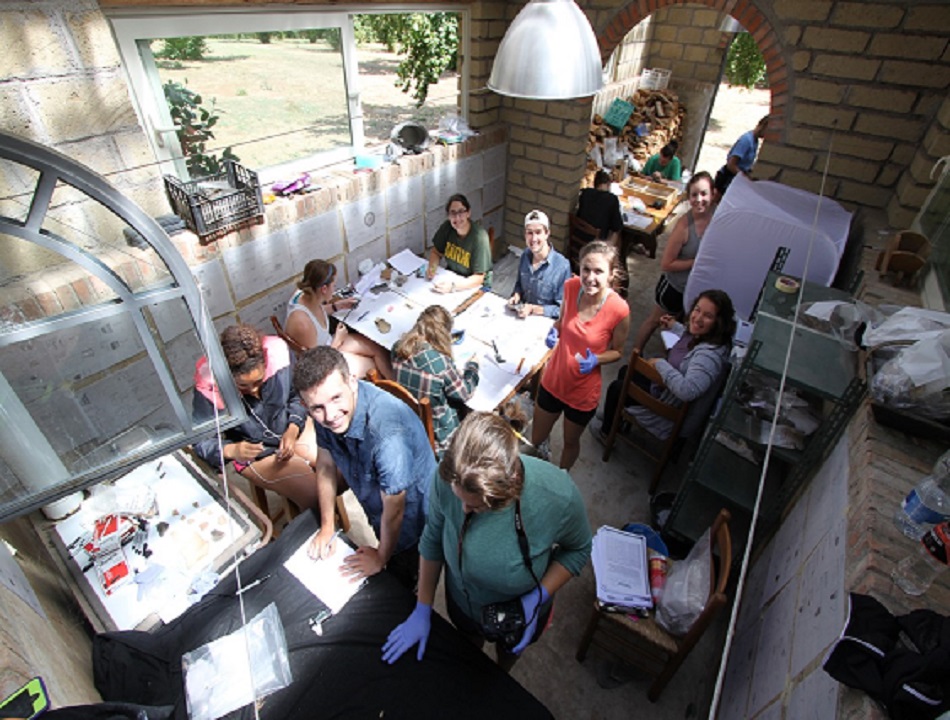 This fieldschool provides Baylor students with the opportunity for hands-on engagement in interdisciplinary scientific research, while simultaneously learning about and enjoying Italy. Students will gain experience in archaeological approaches and techniques, including research design, survey, excavation, and mapping. They will be trained in technical artifact drawing and other forms of recording, investigating, documenting and conserving objects from the past. Participants in the field school will work closely with experts in analyzing human and animal bones. The students will also have the opportunity to join specialists in geophysics as they use techniques of ground penetrating radar and magnetometry to detect subsurface remains.

The San Giuliano Archaeological Project is led by Baylor University in collaboration with Anderson University, Virgil Academy, the Province of Viterbo, the town of Barbarano Romano, Civic Museum of Archaeology, Barbarano Romano, Museo della Tuscia Rupestre, Marturanum Regional Park, and the Italian Soprintendenza Archeologia, Belle Arti e Paesaggio per l’Area Metropolitana di Roma, la Provincia di Viterbo e l’Etruria Meridionale. SGARP is supported by the Baylor’s Anthropology Department, Classics Department, Honors College, and Center for Global Engagement. We are fortunate to have Virgil Academy as our partners in Italy. Virgil Academy facilitated the launch and local organization of our project. The group continues providing logistical support for our research and teaching. In full collaboration with Virgil Academy, we are committed to protecting and enriching the cultural heritage of central Italy. 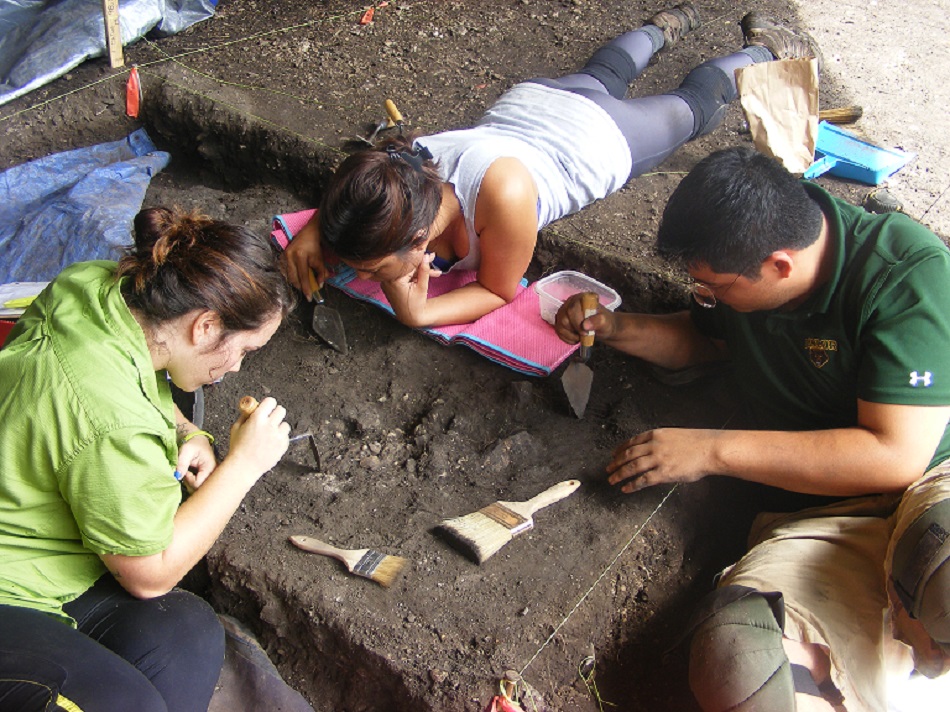 Ms. Macaulay-Jameson and her students have conducted a number of analyses on the features and material culture from this site. These include the analyses of the macrobotanical remains that we recover through flotation, lipid analyses of hearth stones, starch grain analysis of metate surfaces, use-wear analyses of stone tools, interpretation of the faunal assemblage to determine processing and nutritional value of the identified taxa, and spatial analyses using ArcGIS software to delineate the use of space within the rockshelter. The living surfaces that we have encountered include a number of warming hearths along the back wall of the rockshelter, cooking hearths, earth ovens, stone-boiling pits, primary and secondary trash disposal areas, and butchering and meat processing locales. Two kernels of maize were identified, suggesting contact with horticultural groups from east Texas. Only three other sites on the Edwards Plateau have yielded maize during this time period. Their work at Rockshelter #3 has produced 20 papers and 7 posters, all of which were presented at the Annual Meeting of the Texas Archeological Society. 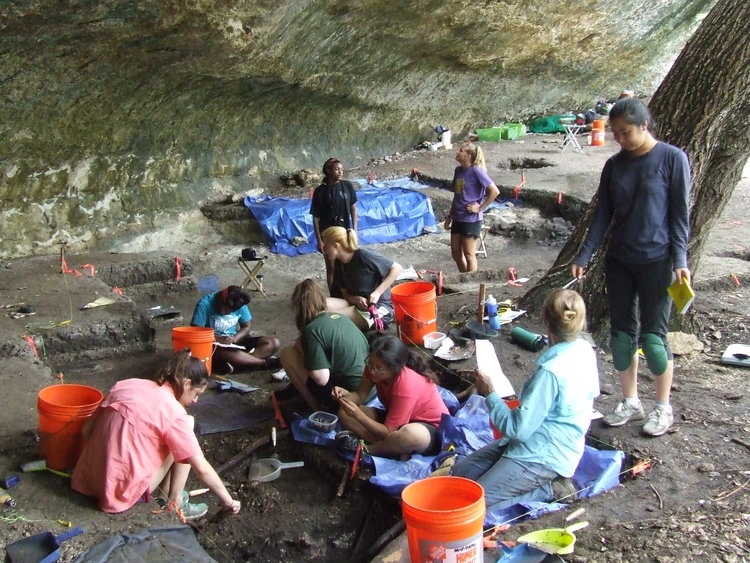 In 2017, their focus turned to Rockshelter #6 (41CV1649), another large, stratified rockshelter on the Barnhill ranch. The first week was spent profiling a looter’s trench, where we encountered two thermal features. Representative projectile points of the Early through Transitional Archaic Periods (6500 BC-AD 1600) as well as those of the Late Prehistoric Period have been recovered. Three samples of carbonized wood, recovered from an earth oven on the rockshelter’s floor were selected for dating and the mean calibrated age of this earth oven is 5502 BC, placing it within the Early Archaic Period. Preliminary research into earth-oven use during this time period suggests that this earth oven is a rarity in Texas archaeology, with only one with a comparable date found on Fort Hood. Included in the macrobotanical remains analysis are seeds of xeric plants which no longer grow in central Texas. Central Texas saw warmer temperatures and lower moisture during this time period, conditions that are reflected in the recovery of strawberry cactus (Echinocereus enneacanthus) seeds. The nearest herbarium record for this species in modern times is for Kerr County, four counties to the southwest. However, the nearby stream and the rockshelter itself provided some insulation from xeric climactic conditions as noted in the presence of maygrass, plum/cherry seeds and mulberry wood. An excavation block was also opened within the central portion of the rockshelter and we came into contact with a living surface dating to the Transitional Archaic Period. A number of intriguing artifacts were recovered. These include a Busycon sinistrum (Lightning Whelk) columella gorget, reflecting contact with the Gulf coast of Texas, and six metates, which yielded maize starch grains and ochre on their grinding surfaces. Three students presented papers over their research at the 2017 Annual Meeting of the Texas Archeological Society.

One Health: Exploring Global Health and Conservation Medicine in Thailand

“One Health” reflects the core concept in global health that we are deeply connected with our environment, that our health is influenced by how the health of nonhuman animals (wildlife and livestock) is managed throughout the world, and that our health ultimately affects the sustainability of ecosystems. It calls upon the collaboration of physicians, veterinarians, public health professionals, ecologists, policy makers, and others to identify the complex environmental causes of infectious diseases and provide possible interventions. It focuses, in part, on describing the ecological and population factors responsible for the emergence and reemergence of infectious diseases in humans and nonhuman animals, emphasizing the interrelationships among our species. 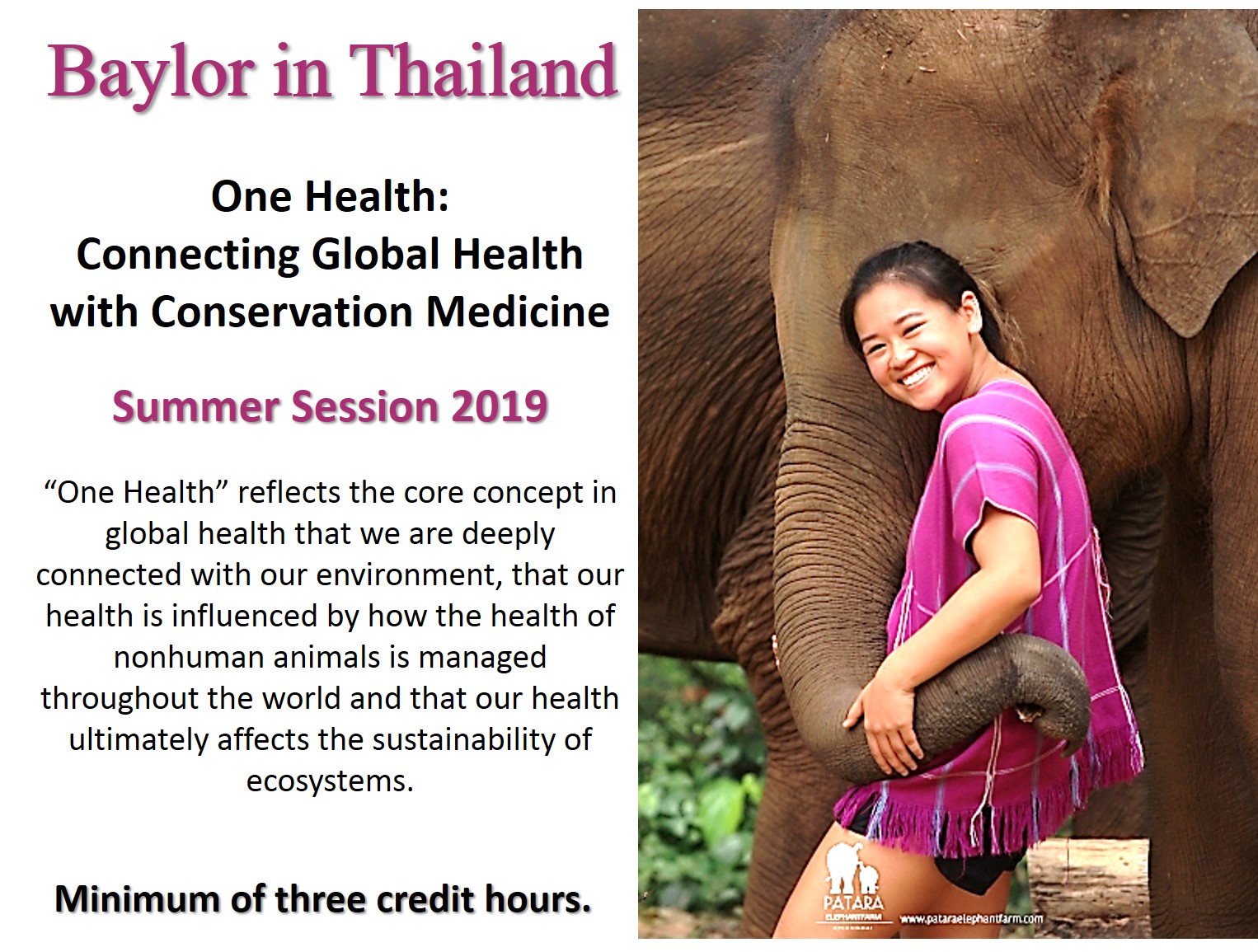 This course involves travel to Thailand where we will discuss One Health, Global Health, conservation medicine, emerging infectious diseases, indigenous medicine/ethnomedicine, and other related topics. We will work with researchers at Chiang Mai University in public health, medicine, and veterinary medicine. We will meet with local villagers to learn about traditional healthcare systems, as well as meet with researchers and volunteers at several wildlife sanctuaries. We will conduct survey research at a minimum of five different elephant sanctuaries and learn about their conservation. Elephants are an excellent example of extreme efforts in conservation medicine because they are very susceptible to human tuberculosis. Other activities include language and culture lessons, hiking and sacred temple visits, cooking lessons with lots of street food, and plenty of time for handicraft shopping. 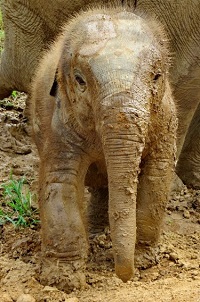 In 2004 and 2007, Dr. Sara Alexander invited Baylor undergraduate and graduate students to take a special field school course to assist her in a longitudinal project which she began in 1980 and has continued to the present day. The course was taught in Red River Gorge, Kentucky, which is located in eastern Kentucky approximately 60 miles from Lexington. Red River Gorge is a unique geological area that claims over 100 natural sandstone arches, some of which have spans over 100 feet in length and 30-40 feet in height. Visitors come from all over the U.S. and Canada to participate in a range of wilderness recreation activities. This area is the most popular rock climbing destination in the U.S. east of the Mississippi River. During these field schools, students learned mapping techniques, basic photography, participant observation methods, and how to design a survey, sample/survey a recreationist population, and interview personnel responsible for management of the area. Graduate students also interviewed local residents and absentee landowners to provide data for a second important part of this long-term project. Field trips included Bluegrass festivals, horse farms in the Lexington bluegrass region, the Shaker Village of Pleasant Hill, and an Appalachian arts fair in Berea, Kentucky. 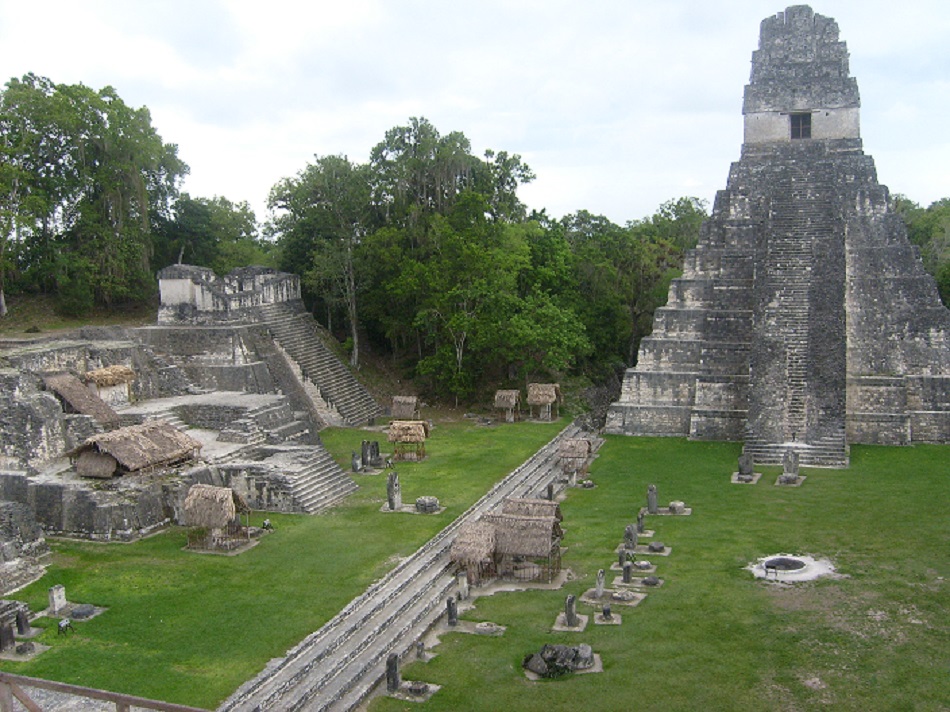 Beginning in 1995, Dr. Sara Alexander has taught a number of field schools in several locations in Belize. The course centers on ‘Environment and Development’ topics where students are taught basic ethnographic field methods, including mapping, still and video photography, participant observation, kinship charting, sampling methods, interview and survey design and implementation, and basic data processing and analysis. Students work either individually or in small groups on research related to subjects that focus on development strategies and related environmental topics. Sample studies include economic or environmental constraints to agricultural production; population growth rates, reproductive education and contraceptive use; prevalence of certain diseases such as diabetes and cultural factors that influence incidence; religious views and worship practices around certain physical features, crops, etc.; history of fishing cooperatives and their responses to changing government policies for commercial fishing; and food and nutritional security of children less than five years of age relative to economic security. She also includes a number of field trips to offer additional education on the country’s development strategies through time. These trips include Maya archaeological sites (Xunantunich, Tikal), Cockscomb Jaguar Sanctuary, Community Baboon Sanctuary, the Blue Hole, the National Institute of Culture and History, and the Museum of Belize. 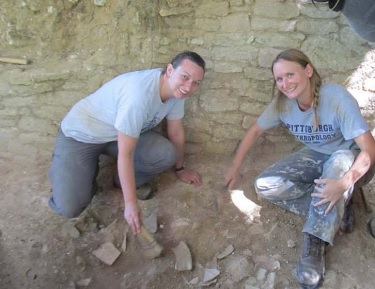 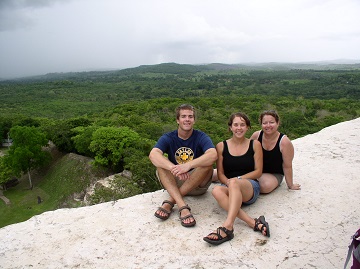 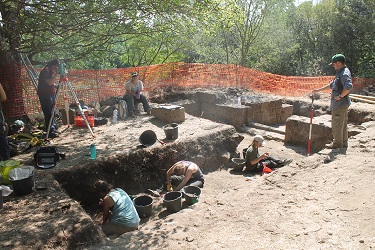 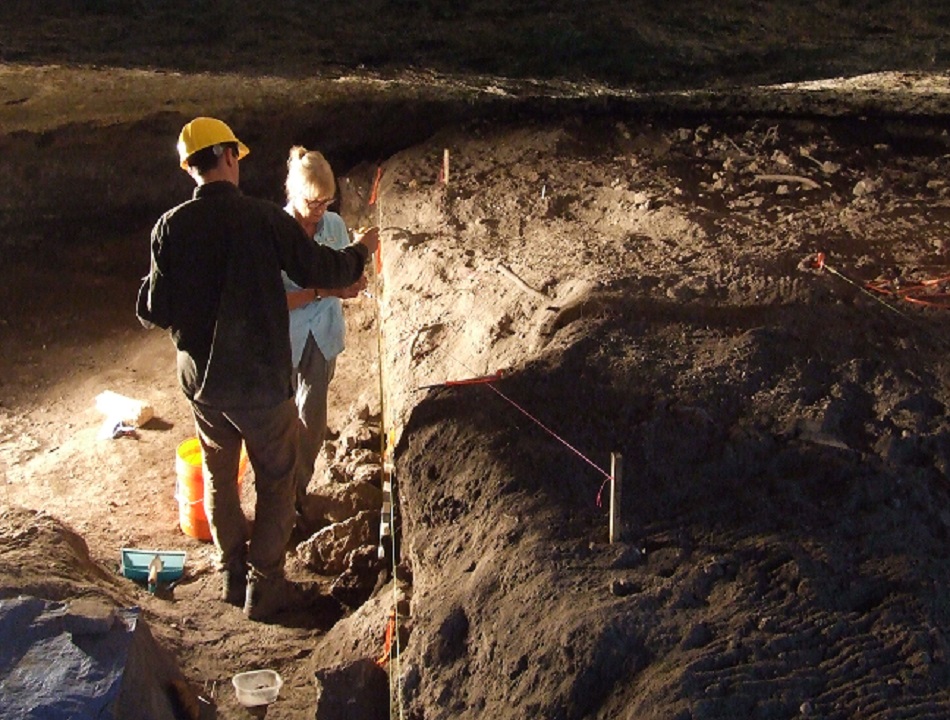 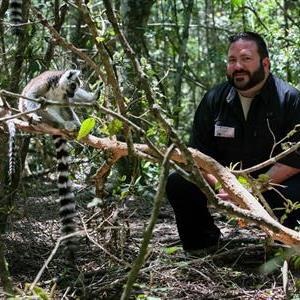