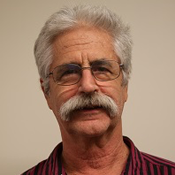 I am a socio-cultural anthropologist and ethnographer, though I have also been trained in archaeology and worked as a professional archaeologist and briefly as a museum director. My ethnographic research has been conducted through participant observation and in depth interviewing at field sites in Guatemala and Belize, focusing on religion in Maya villages. I started with studies of the indigenous roots of beliefs and practices related to the nominally Catholic saints and collections of narrative mythology texts in the 1970’s, moved on to studies of the sacred sites and pilgrimages of the Highland Maya, and of the retention of a pre-Hispanic form of Mayan community structure in the explosive growth of Pentecostal churches in Mayan villages in Belize in the 1990’s, and then directed a Baylor field school, conducting, with my students, an ongoing study of the annual festival and the indigenous Maya medicine societies that perform its religious rituals in a highland Maya village between 2006 and 2013. With my collaborator Tom Offit and support from the Foundation for Ancient Mesoamerican Studies in 2008 I completed a video study of the Dance of the Monkeys in Santiago Momostenango. Subsequently I served as a cultural expert in the production of Gods and Kings, a video documentary by Robin Blotnick of Namshub Films, set in Momostenango. My early work on the indigenous roots of the cult of the saints was published in a book, Renewing the Maya World, by University of Texas Press in 2000, and the more recent book on the Monkeys Dance and the ongoing evolution of the patron saint’s festival was published by University of New Mexico Press in 2013.

My current research draws on several decades of ethnographic fieldwork to define a Maya sacred geography or cosmogram in highland Guatemala, a model which will I believe be of interest to archaeologists seeking to elucidate the cosmology and rituals of the ancient Maya. I am also engaged in comparative research that defines the structure of a Mesoamerican/Maya pilgrimage. Finally I hope to return to my roots in anthropology completing a book on the narrative tradition of peasant Maya villagers of the 20th century. I am fascinated by stories, by the order that lies beneath the surface of a collection of narratives from a specific time and place. That order condenses the social and psychological experience of the people who tell the stories and use them to justify their institutions, advance their political objectives, and guide their lives.

PhD in Anthropology, State University of New York at Albany, 1981

MA in Anthropology, State University of New York at Albany, 1974

BA in Anthropology, State University of New York at Albany, 1969

I have been teaching anthropology since 1978, at Baylor since 1990, and I have mostly taught humanistic cultural anthropology in a liberal arts tradition and have always worked in undergraduate only programs. With the exception of my field schools I have not taught the nuts and bolts of research methods, but have engaged my students in considering and critiquing visions of how things are and sometimes how they could be, in both the professional world view of anthropology, and by critiquing other visions from the perspective of anthropology. For me the most exciting teaching involves telling a compelling story, and hearing the compelling stories of others in readings or in class discussion. Everything else fades away and we are transported to a creative ground. My best teaching is an improvisational undertaking starting with a script or plan but then going beyond it, behind it, and exploring the terrain that it opens with those in the class who are willing to explore. I strive for intellectual honesty lived out publicly. Readings, structured experiential encounters, lectures and research seek answers to questions but are also points of departure for thinking and elaboration.

William Perry studied students at Harvard over several decades and developed a model for the evolution of thinking in traditional 18-21 year old undergrads. He found that freshmen exhibited black and white thinking, but that by graduation many students had developed complex situational and relativistic thinking. He believed that a liberal arts education should have the goal of facilitating this process by challenging simplistic black and white thinking early on and then by modelling a relativism that was sensitive to context and analytical and critical, but that helped students to move beyond the extreme moral relativism that often appeared in the evolution of the capacity for mature thinking, but disastrously sometimes was the end product. For me this was a prediction of the post-modern fad that nearly derailed cultural anthropology, and it is a moral imperative to model critical analytical thinking and to help my students develop mature intelligence.

I began my teaching career as most of us do as a member of my undergraduate students’ older sibling cohort, and so as a potential role model for the next phase of their lives. Once I loosened up and shifted the emphasis in my teaching from contents to interaction I became popular and gained a following. In my 40’s I came to Baylor as a representative of my students’ parental generation and part of the establishment. I tried to develop a style of teaching appropriate for a mature professional, which was a challenge as I did not feel like one. What saved me for the next 20 some years was my ethnographic field schools that allowed motivated students to participate with me in my research and allowed me to introduce them to another world. I renewed my focus as a Mayanist and scholar and my teaching benefitted. I have now transitioned into the grandparental generation. Students love their grandparents in a less conflicted way than they love their parents, and liberated from the pressures to be fashionable of my 30’s, and from playing some of the more onerous academic advancement games of my 40’s and 50’s (and the burden of the more recent chair position), I have become free. I think the key to good teaching in this stage of life is to focus on perennial problems that are reborn in each generation, both in anthropology and life, and to share the wisdom of an elder.