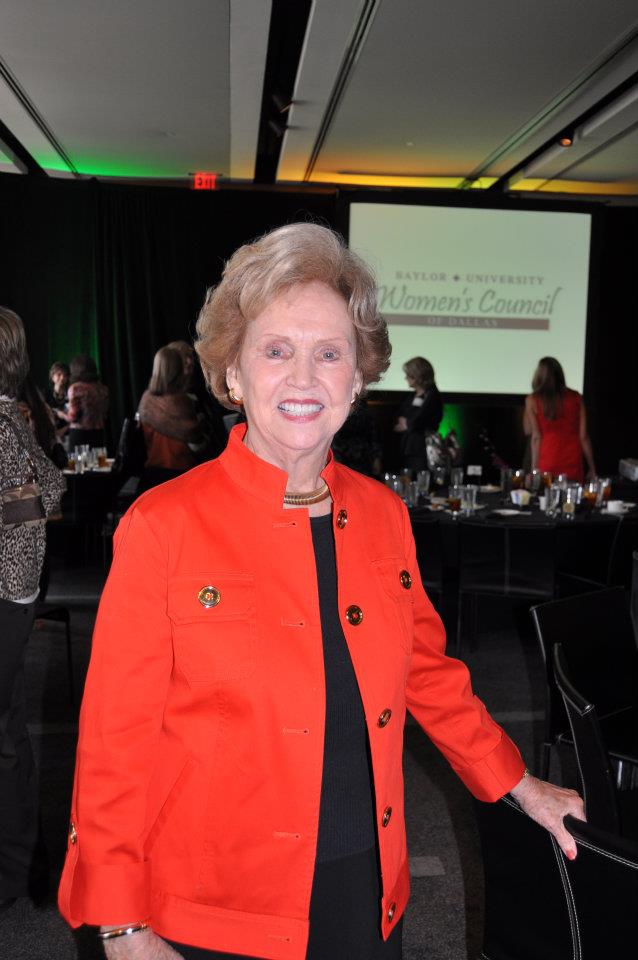 Betty Doyen Dilday was born in Houston and graduated from Baylor in 1952. She has dedicated her life to others through her service to her family, to her community, and to Our Lord and His Kingdom.

Since 1952, she has been married to Russell H. Dilday, and has served alongside him at churches in Texas and Georgia. She has been a Sunday School teacher, a choir leader, the coordinator of Park Cities Baptist Church's flower ministry, a WMU officer, and has served in numerous other church capacities. She has been a speaker to ministers' wives, for marriage retreats, and in foreign missions settings. She has served the denomination as an executive committee member of the Union Baptist Association, as President of the SBC Minister's Wives' Conference, as a member of the Commission on Church Leadership of the Baptist World Alliance, and in other leadership capacities too numerous to name.

Her leadership among Baptist women has taken her to distant destinations. She has traveled as a speaker to many countries in Africa, the Middle East, Asia, and Europe.

In addition to her studies at Baylor, Betty Dilday has done post graduate work at Georgia State University, the University of Georgia, and at Southwestern Baptist Theological Seminary. She received her Master of Arts in Religion degree at the B.H. Carroll Theological Institute in 2007.

Despite her commitment to church and denominational work, Betty's focus has always been her family. She and Russell have three children: Robert, the Managing Editor of the Virginia Baptist paper, The Religious Herald; Nancy Duck, a public school teacher and the wife of a bi-vocational pastor; and Ellen Garrett, who is the Director of Children's Ministries and the wife of the Music Minister at Brentwood Methodist Church in Brentwood, Tennessee. In addition to their three children, the Dildays have six grandchildren.

We are honored to count Betty among the leaders of the Baylor University Women's Council. She is an asset to every group with which she is affiliated. We are delighted to have selected Betty Doyen Dilday as our 2011-2012 Baylor Woman of Distinction.