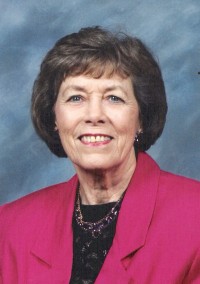 In her junior year of college she met Giles Fort, a former Texas Aggie in the Navy V-12 program and they were engaged before he left to attend midshipman's school. After his service in the Pacific, they were married June 14, 1946. Giles graduated from Baylor Medical College in 1950. They served as pioneer medical missionaries in Southern Rhodesia, now Zimbabwe, Africa with the International Mission Board, SBC from 1952-1988. They were the first husband-wife medical doctor team appointed by the IMB.

Until 1980 they served in Sanyati Tribal Area developing a hospital and clinic ministry. They worked with local churches and the national Baptist organizations. Wana Ann served as mission secretary several terms and as president of the national Woman's Missionary Union and later as co-president with a national lady. From 1980 until medical retirement they worked in Harare. On two occasions Wana Ann served as mission treasurer (plus business manager the first time) for furlough replacement. She was author of a number of articles in the "Commission" magazine and spoke extensively on furlough.

In retirement they live in Dallas and are active in First Baptist Church. In 1990 Wana Ann and Giles were joint recipients of the Baylor Medical Association Distinguished Alumni Award. In May, 1990 Wana Ann received the Louisiana Tech University Tower Medallion Reward for Distinguished Alumni. She and Giles were also honored as distinguished alumni by the Alpha Omega Alpha honor fraternity at Baylor. Wana Ann has received the Ruth Award for service from Dallas Baptist University where she served with the Women's Auxiliary Board in various assignments. She has also been actively involved with The Criswell College Ladies Auxiliary.

The Forts have five sons; two are medical doctors; two have their Doctors of Ministry degree from Southwestern Seminary; the youngest has Down's Syndrome. Two currently serve as IMB missionaries in Africa; one is now vice president for overseas operations at the IMB after twenty years' service in Africa. They have five grandsons and nine granddaughters.