During its 175 years of existence, Baylor has grown from a small college preparatory school in Independence, Texas, to an institution of higher education in Waco with 18,000 students and 3,000 faculty and staff members.

At significant moments throughout its history, Baylor has adapted to changing circumstances by taking forward-looking steps with members of the Baylor Family coming alongside the University to continue Baylor’s commitment to prepare students for leadership and service.

A selection of highlights conveys the passion and rich history of the Baylor story. Baylor University came into existence Feb. 1, 1845, with the stroke of a pen when Republic of Texas President Anson Jones signed the Act of Congress that chartered the University. Later that year, Texas became the 28th state in the United States. Today, Baylor is the oldest, continuously operating university in Texas.

Judge R.E.B. Baylor, for whom the University was named, served in the Kentucky and Alabama legislatures and was a member of the 21st U.S. Congress. He came to Texas in 1839 and was a district judge from 1844 to 1864. The seed that became Baylor was planted in the early 1840s when the Texas Baptist Education Society established a goal of founding “a Baptist university in Texas upon a plan so broad that the requirements of existing conditions would be fully met and that would be susceptible of enlargement and development to meet the demands of all ages to come.” 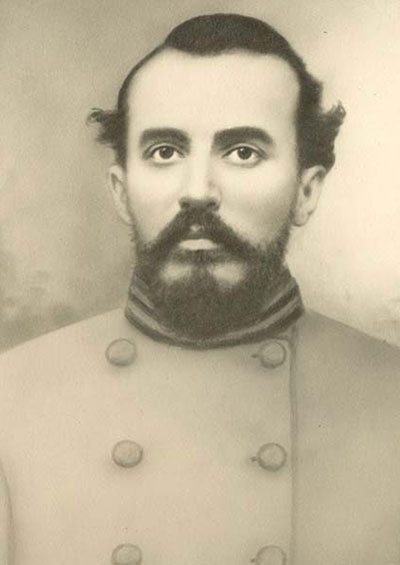 In December 1854, Baylor conferred its first degree at its original location in the village of Independence, Texas, with Rev. Rufus Burleson serving as president. The recipient was Georgia native Stephen Decatur Rowe. Mary Gentry Kavanaugh became Baylor’s first female graduate when she received her diploma in a ceremony in Graves Hall in December 1855.

After prospering in the midst of one of the wealthiest cotton-producing areas of the state, the University’s enrollment and finances were significantly affected by the Civil War and by changing demographics in the state during Reconstruction.

In 1886, Baylor moved north to Waco and consolidated with Waco University. Working in close collaboration with Texas Baptists, Baylor’s leaders made the bold move to better position the University for growth and service, leaving a part of the state that had become geographically isolated and placing it in the heart of Texas where resources and shared aspirations were more abundant.

In September 1886, Baylor University began its first day of classes in Waco. The 450 students enrolled in the University at the time were part of a renewed Baylor. The Baylor Family was transformed when a new tradition called Homecoming began Nov. 24, 1909. Recognized as the nation’s first such collegiate reunion, Baylor’s first Homecoming provided an opportunity, according to an invitation sent to alumni, “for the joyful meeting of former student friends, an occasion when old classmates could again feel the warm hand-clasp of their fellows, recall old memories and associations, and catch the Baylor spirit again.” Events included a parade and a football game at Carroll Field against crosstown rival Texas Christian University.

Several years before the first Homecoming, the first official use of green and gold as Baylor’s school colors is said to have occurred at a Baylor Glee Club performance March 25, 1897, in nearby Lorena, Texas.

Two more favorite school traditions emerged in 1917: “slime” caps and the first live bear mascot. The freshman class of 1917 established the wearing of jockey caps featuring bands of green and gold. In the fall of the following academic year, the Baylor freshman committee recommended that all freshman students be required to wear “slime” caps that had a green crown with a gold-colored button on top. The bear was elected as Baylor’s mascot in December 1914, but it wasn’t until November 1917 that a live black bear named Ted helped cheer on the Bears from the sidelines of a football game. In June 1920, the University observed its 75th anniversary, or Diamond Jubilee, with a grand celebration on campus. It was a watershed moment that came during Samuel Palmer Brooks’ long tenure as Baylor’s president.

At that time, Brooks was in the middle of a far-reaching reorganization and expansion of the University’s academic structure that would transform Baylor from a small college into a full-fledged university.

In spring 1928, alumni from around the state joined forces with Waco citizens under the guidance of a new organization — the Movement for the Perpetuation of Baylor University in Waco — with the goal of proving the city’s ability to help the University prosper. Their action was in response to the passing of a recommendation by the Education Commission of the Baptist General Convention of Texas (BGCT) to relocate Baylor to Dallas. The Dallas Chamber of Commerce had pledged $1.5 million and a large piece of land as incentives for the move, and denominational leaders were attracted to the idea of bringing Baylor and its Dallas-based medical and dental schools together.

Many believed the BGCT would approve the recommendation, but in less than two weeks, the Waco group persuaded the Education Commission to reverse its recommendation by proposing that Waco citizens would raise $1 million for Baylor over the next seven years. The fundraising effort raised $416,000 in a week’s time. The funds were applied to the construction of Waco Hall, which was completed and formally handed over to Baylor on April 22, 1930. To this day, Waco Hall serves as a permanent symbol and reminder of a mutually beneficial partnership.

The Ties that Bind

Among the key experiences that help build a sense of community among Baylor students is the Freshman Mass Meeting, held annually the Thursday night of Baylor Homecoming week. The event’s roots extend back to a memorial service held in January 1928 to remember the Immortal Ten, the 10 Baylor students who died the previous January in a bus-train collision in Round Rock, Texas, as the Baylor basketball team made its way to Austin for a game against the University of Texas. Today, the Freshman Mass Meeting continues to honor the Immortal Ten.

Three other staples of Baylor student life also began around the same time.

The first performance of the Golden Wave Band occurred during a football game against Southern Methodist University in November 1928, when Baylor’s band donned new golden uniforms that would soon became an official part of its name.

The year 1931 marked the first time That Good Old Baylor Line was sung in the form that Baylor students and fans worldwide know today. Presented in Chapel during the first week of November, the school song featured words recently penned by Enid Eastland Markham, AB 1923.

The following year, Baylor students enjoyed their first annual day of fun — which became known as Diadeloso, or “Day of the Bear,” in 1966 — when the physical education department sponsored a play day at Silver Lake near McGregor, Texas. In 1935, the Baylor Chamber of Commerce began coordinating the event, which grew to feature the crowning of a May Queen and donkey races between administrators like Baylor President W.R. White and School of Education Dean Lorena Stretch.

By signing what became known as the G.I. Bill of Rights in June 1944, U.S. President Franklin D. Roosevelt opened the doors of higher learning to veterans from all walks of life. The bill covered the costs of college for four years; at the bill’s peak in 1947, more than 49 percent of the nation’s college enrollment were veterans. The G.I. Bill dramatically changed Baylor’s enrollment, increasing it from 1,533 students in 1943-44 to 5,236 students in 1947-48 — more than tripling the size of the student body and adding almost eight times more male students in the span of four years. Baylor administrators scrambled to adjust to this new reality, securing a range of temporary housing for the veterans and setting the stage for a building boom in residence halls during the next decade. In turn, the serious-minded older students beneficially challenged administrators and professors to provide them with a more academically rigorous education than younger students would expect, thereby elevating the overall quality of instruction at the University.

In October 1946, during the University’s first Homecoming after World War II, Baylor President Pat Neff presided over a memorial service in Waco Hall to honor the 123 men and women from Baylor who had died while serving during the war. After Neff gave leather-bound citations to the former students’ families, the Baylor Wings Club officially presented memorial lamp posts to the University — one dedicated to each of Baylor’s war dead. Families continue to honor military service in this way on campus today.

Baylor’s then Board of Trustees voted Nov. 1, 1963, to integrate the University. The following years saw notable achievements by Baylor’s African American students.

Additionally, Dr. Vivienne Malone-Mayes became Baylor’s first African American professor when she joined the faculty in 1966. A Waco native who is recognized as the fifth African American woman in the United States to earn a doctorate in mathematics, Malone-Mayes was named Baylor’s Outstanding Faculty Member of the Year in 1971 and taught at the University until 1994. The “Sic ’em, Bears” cheer was introduced in fall 1960 by Baylor’s yell leaders as a “power yell.” It featured a gesture that began with a claw-shaped hand held out to the right side of the body with the elbow at a right angle. The claw swiped sideways across the body with a yell of “Sic ’em” and then returned to the starting point accompanied by a shout of “Bears!”

Today, the direction of the claw swipe has changed to down and up, and the yell’s use has significantly expanded, but the Baylor spirit behind the yell and the cheer’s unifying power have remained the same.

When the 1980 fall semester opened, Baylor’s enrollment surpassed 10,000 students for the first time. Reflecting the diversity of the state and embodying the University’s values of service and achievement, these students created a transformational moment for Baylor itself as it became an increasingly national university.

A few years later, a new landmark appeared on the campus — the Ferrell Center. Built in 1988 at a cost of $12.5 million and named in memory of former student Charles Robert Ferrell, the Ferrell Center has served for decades as the place where students begin and end their time at Baylor. During Welcome Week, freshmen walk to the Ferrell Center for Academic Convocation, a service designed to welcome new students. These same students gather under the golden dome to graduate.

Along the Banks of the Brazos

With eight seconds remaining in a 2011 home game against the University of Oklahoma, Baylor quarterback Robert Griffin III threw a 34-yard, game-winning pass to Terrance Williams. It was a moment that set off a remarkable chain of events.

In addition to helping Griffin win that year’s Heisman Trophy, the throw created a surge of momentum that led to the construction of McLane Stadium on the banks of the Brazos River in 2014, marking the return — along with the adjacent Clyde Hart Track and Field Stadium — of all Baylor sports to campus. The project was partially funded by a $35 million contribution from the City of Waco, further strengthening the partnership and creating significant momentum for downtown development. During the 2010s, Baylor leaders addressed the growing needs of its on-campus community with the construction of Gordon Teal Residential College and Hallie Earle Hall, together called East Village. In addition, several well-loved residence halls were extensively refurbished as part of a plan to renovate existing facilities to meet the needs of students.

In 2017, Linda A. Livingstone, Ph.D., was named Baylor’s 15th president, the first woman to hold that office. As president, Livingstone has overseen the development of Baylor’s strategic plan Illuminate, which details Baylor’s pursuit of becoming a preeminent Christian research university, and the $1.1 billion comprehensive Give Light campaign that undergirds Illuminate. Her leadership extends the legacy of individuals who have provided servant leadership to the University over the past 175 years in collaboration with a governing board dedicated to preserving Baylor’s Christian values and advancing the University’s time-honored mission.