Multiple Baylor students earned Fulbright honors in a single academic year for the 15th consecutive year. Seven students were honored in 2018-19, the most in a single academic year in Baylor history. At least one Baylor student has received Fulbright honors each academic year since 2005, and 67 Baylor students have been so honored since 1986. This year’s recipients were Lauren Barnes, Kaitlyn Gibbens, Catherine Haseman, Abby Miller, Clay Parham, Emma Weatherford and Jamie Wheeler. Additionally, Catherine Arndt and Garrett Williams were selected to participate in the 2019 National Science Foundation Graduate Research Fellowship Program, while Micheal Munson and Ben Sepanski were awarded the Barry M. Goldwater Scholarship. 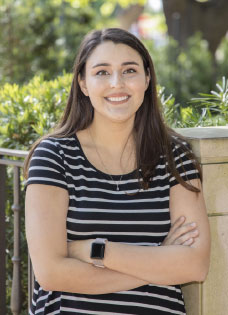 Lauren Barnes, BA ’19, of Midland, Texas, received a Fulbright English Teaching Assistantship (ETA) to Taiwan. She was an international studies major and graduated summa cum laude. Barnes, whose thesis was partially on Chinese immigration to the United States between 1850 and 1924, will live in Yilan, a rural county on the island’s eastern side. After serving in Taiwan, she plans to attend law school and aspires to be an immigration lawyer. Barnes said Ivy Hamerly, PhD, senior lecturer and international studies undergraduate program director, was one of several influential faculty members during her time at Baylor. “Dr. Hamerly was a great mentor and an engaging teacher who really worked to equip her students with the best possible resources,” Barnes said. 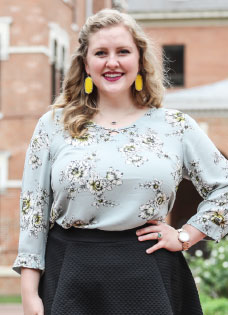 Kaitlyn Gibbens, BA ’19, of Sonora, Texas, received a Fulbright ETA to Germany. Gibbens, who majored in German and communication, graduated summa cum laude. She began studying German at Baylor to connect with her family’s heritage, and she participated in Baylor’s five-week summer study abroad program in Germany following her freshman year. She will live in the northeastern-most German state, Mecklenburg-Vorpommern. Gibbens plans to pursue a master’s in international studies or German after her Fulbright year. “Eventually, I want to work for the U.S. State Department or as a German language educator, either at the secondary education level or as a university professor,” Gibbens said. “I hope my life’s work embodies hospitality and promotes positive cross-cultural interactions.” 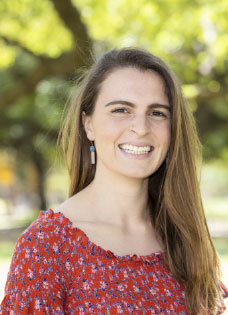 Catherine Haseman, BA ’19, of Marble Falls, Texas, received a Fulbright ETA to the West Bank. She was an Honors College University Scholar and graduated summa cum laude. Following her freshman year at Baylor, Haseman lived with a Palestinian Christian family in the West Bank and worked with a peace-seeking organization. She will alternate between “American Spaces” in Jerusalem and Ramallah established by the U.S. Embassy. “Returning to the West Bank in some capacity has been one of my goals since I first returned to Baylor,” Haseman said. Following her Fulbright year, Haseman plans to attend graduate school, where she will study forced migration and refugee economic integration. Her career goal is to work with the United Nations High Commissioner for Refugees.

Abby Miller, BA ’16, of Plano, Texas, received a Fulbright ETA to Colombia. For the past three years Miller, who majored in history and English at Baylor, has taught chemistry and U.S. history at a Fort Worth high school as part of the Teach for America program. She will be in Neiva, Colombia, and will work through Colombia’s National Training Service, known as Servicio Nacional de Aprendizaje (SENA), a government initiative to develop education and employment. She is the fourth child in her family to graduate from Baylor. Miller said Sarah Gilbreath Ford, BA ’90, English professor and Beall Poetry Festival director, was one of several influential Baylor faculty members. “Dr. Ford challenged us to think from a new perspective,” Miller said. 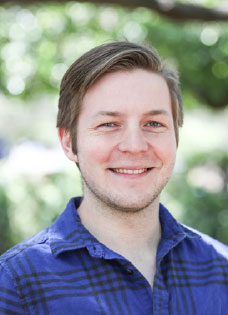 Clay Parham, BA ’19, of Buda, Texas, received a Fulbright ETA to Germany. Parham, who majored in international studies and graduated cum laude, completed the Baylor Interdisciplinary Core (BIC) program within the Honors College. He will serve in the German state of Saxony, where he spent time as part of the Baylor in Germany program. Parham plans to attend graduate school following his Fulbright year and aspires to work in the U.S. government, dealing with international affairs. He praised Baylor’s political science department for preparing him to serve internationally. “The small class sizes and kind faculty showed me that Baylor would be the university for me,” Parham said. “I’m very glad I decided to attend.” 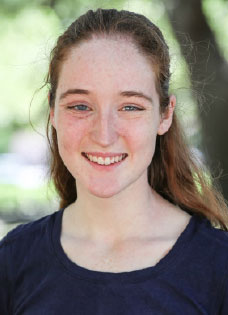 Emma Weatherford, BA ’19, of Flower Mound, Texas, received a Fulbright Study Award to the United Kingdom. Weatherford was an Honors College University Scholar and graduated summa cum laude. She will pursue a Master of Science in One Health, a program administered jointly at the University of London’s Royal Veterinary College and the London School of Hygiene and Tropical Medicine. Weatherford, whose academic concentrations at Baylor were biology and medical humanities, aspires to attend medical school and be a physician. She was drawn to Baylor because of the Honors College, the University Scholars major and the medical humanities program. “My four years at Baylor were an immense blessing to me, and I had a myriad of wonderful professors,” Weatherford said. 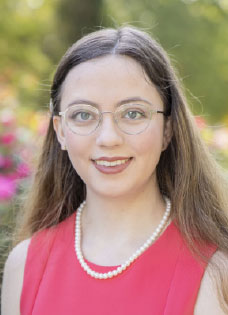 Jamie Wheeler, BA ’19, of Katy, Texas, received a Fulbright Study Award to the United Kingdom. She was an Honors College University Scholar and graduated summa cum laude. Wheeler will pursue a master’s degree in the Renaissance literature program at the University of York. She plans to pursue a PhD in classics at Harvard University and aspires to be a college professor. Wheeler chose Baylor for its University Scholars program, the classics department and the University’s Christian scholarship. She also praised English lecturer Kirsten Escobar, PhD ’03, and recently retired Arts and Sciences Associate Dean Elizabeth Vardaman, BA ’65. “Dr. Escobar and Dean Vardaman have been amazing, supportive mentors, and they have helped me with so many things beyond the Fulbright,” Wheeler said. 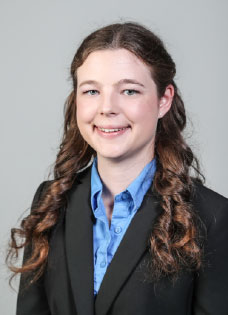 Catherine Arndt, BS ’19, of Highland Village, Texas, was selected to participate in the 2019 National Science Foundation (NSF) Graduate Research Fellowship Program, the science field’s oldest graduate fellowship program. Arndt, who majored in physics at Baylor, will pursue a PhD in applied physics at Rice University. She believes her academic success can be attributed to Baylor’s academic courses and significant research under her mentor Howard Lee, PhD, assistant professor of physics. Arndt said the NSF Fellowship enables her to focus on specific research projects. “The fellowship, combined with the flexible curriculum of the applied physics program at Rice University, allows me to focus on nanoplasmonics and nanooptics without compromising my studies in physics,” she said. 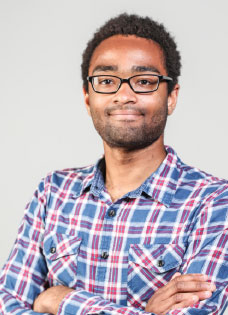 Garrett Williams, BS ’19, of Norman, Oklahoma, also was selected to participate in the 2019 NSF Graduate Research Fellowship Program. Williams, who majored in physics and chemistry at Baylor, will pursue a PhD in physics at the University of Illinois at Urbana-Champaign, the nation’s top-ranked university for condensed matter physics. He was inspired to apply for the fellowship by Pearl Beverly, director of multicultural affairs at Baylor. In addition to graduate study and research, Williams aspires to give lectures to multicultural affairs students at universities across America. “I want to present physics to these departments to engage the underrepresented community and promote a love for physics and pursuit of physics in higher education,” Williams said. 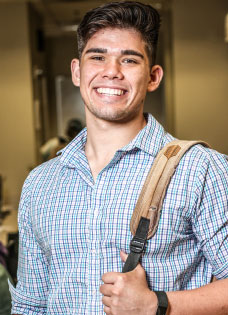 Micheal Munson, a senior University Scholar from San Jose, California, was awarded a Goldwater Scholarship from the Barry M. Goldwater Scholarship and Excellence in Education Program. Munson’s studies focus on biochemistry and applied mathematics. His primary research and teaching mentor at Baylor is Bryan F. Shaw, PhD, associate professor of chemistry and biochemistry. This summer, Munson returns for a third summer research internship at Johns Hopkins School of Medicine, where he studies Type II Pulmonary Arterial Hypertension (PAH). “Baylor strives to become a research-intensive university, while also focusing on having premier education, classroom wise, and honing its Christian values,” Munson said. “This triad, of which Baylor is particularly strong in all three of them, were vital for the type of education I wanted to pursue.” 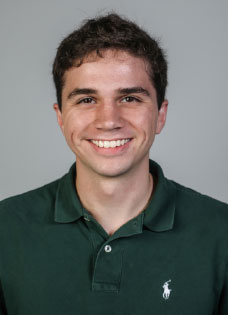 Ben Sepanski, a senior mathematics major from Waco, was awarded a Goldwater Scholarship from the Barry M. Goldwater Scholarship and Excellence in Education Program. Sepanski’s studies focus on computer science, and he hopes to obtain a PhD in applied mathematics and conduct research in numerical analysis at a top research university, specializing in problems related to finite element methods. His mentor at Baylor is Robert Kirby, PhD, professor of mathematics and undergraduate advisor. Following his freshman year, Sepanski began a National Science Foundation Research Experience for undergraduates at San Diego State University. “I have primarily focused on numerical solutions to partial differential equations,” Sepanski said. “This summer, I am continuing a project with Dr. Kirby based around applying boundary integral equations to finite element methods.”