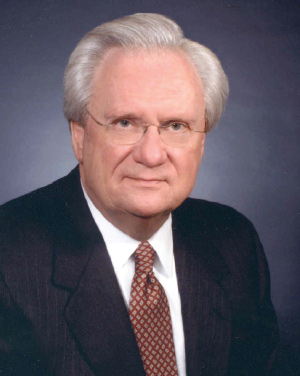 CAREER EXPERIENCE
Wayne Fisher is a founder and senior partner of the Houston law firm Fisher, Boyd, Johnson & Huguenard, LLP. He previously practiced law with Fulbright & Jaworski from 1961 to 1966. He is a past co-owner of Southwest Infiniti, Clear Lake Infiniti and Cytex Plastics Inc. in Houston.

BOARD EXPERIENCE
Fisher served a two-year term on the Baylor Board of Regents from 2016 to 2018 as one of three alumni-elected Regents initially appointed to the Board. Fisher is past president of the State Bar of Texas and the International Academy of Trial Lawyers. He is a former Regent of the American College of Trial Lawyers, member of the Board of Trustees and Executive Committee for the Center for American and International Law, Trustee of the Texas 4-H Board, and served on the Baylor Alumni Association Board and Executive Committee. He is currently chairman of the Baylor Scott & White Health Central Texas Division Board and chairman of the Scott & White Healthcare Foundation. He is a past chairman of the Texas Cultural Trust and served on the Board of South Texas College of Law.

AWARDS AND HONORS
Fisher has received Baylor’s Distinguished Alumni Award and was named Lawyer of the Year by Baylor Law School. He was selected the 2014 Texas Lawyer of the Year, as published by Best Lawyers. He also received the Lifetime of Excellence in Advocacy Award from the Texas Association of Civil Trial and Appellate Specialists and the Texas Bar Foundation Outstanding 50 Year Lawyer Award. He has been consistently listed in Best Lawyers in America.

BAYLOR PHILANTHROPY
A member of the 1845 Society and Endowed Scholarship Society, Fisher generously supports Baylor Law School, George W. Truett Theological Seminary, the College of Arts and Sciences and the School of Music.