Pouring into the City 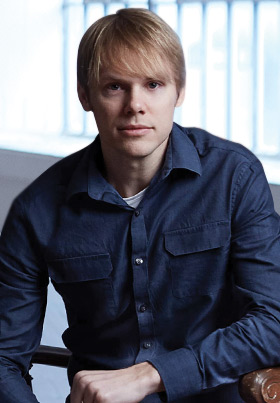 Peter, BA ’05, and Summer Featherstone, BA ’04, Ellis— originally from the cultural hubs of New Orleans and Toronto, respectively—had established real estate and jewelry businesses in Waco before venturing to France and Northwest Africa as missionaries.

“We were drawn to come back to Waco and pour into a city that we felt had tons of potential,” Peter says.

The couple purchased the stately seven-story Praetorian building, 601 Franklin Ave., in 2011. Today, it contains loft apartments; Anthem Studios, where artisans and craftsman make and sell their creations; retail shops like Summer’s jewelry business, Summer Ellis Bijouterie; and Peter’s elevator-turned-European espresso bar BRÛ. Peter flame-roasts the beans in a restored 1898 perforated drum roaster in the basement. Summer’s jewelry—all made on the fourth floor—is carried in more than 100 stores nationwide, including Magnolia, which has carried her line since 2003. Joanna Gaines often wears Summer’s jewelry on Fixer Upper.

“We believe God is a God of restoration, and He’s putting that on multiple people’s hearts at the same time,” Summer says. “That’s why there’s such movement here in downtown.”

Peter says quality, longevity and sustainability are key components of their corporate philosophy. Creativity, culture and restoration are always in their minds.

“At the end of the day, I think the people anchoring themselves here are in downtown for much more than a quick buck,” he says. “Especially with old buildings, it’s not for the fainthearted.”

Through their umbrella organization, Anthem Group, the Ellises employ 25 people—about two-thirds are Baylor students and graduates. They also own a half-dozen downtown properties. 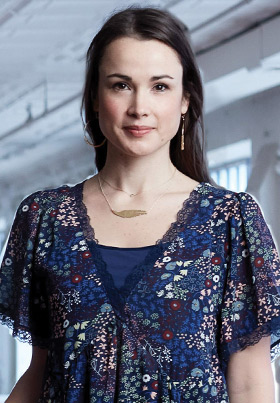 The couple launched and oversee First Fridays—a monthly event spread around downtown that attracts an extra thousand visitors each month. They also have sponsored a “Waco Made” artist booth at the Downtown Farmers Market for several years.

“We’ve been through a lot, but it’s been worth it because we have a purpose for it all,” Peter says. “Many people have been working away at downtown for a long time, and the snowball effect is happening.”