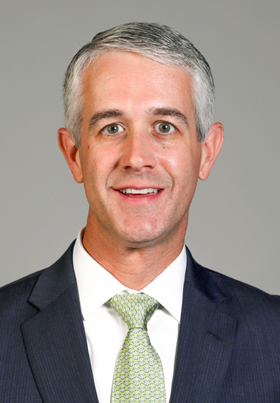 He will lead Baylor's Division of Marketing and Communications, which directs the marketing, media and electronic communications of the university and works closely with Baylor's schools and administrative areas to advance university priorities and increase awareness of the mission of Baylor University.

"After spending time talking with Jason and hearing his passion for telling the Baylor story and his belief in our Christian mission, the selection team and I knew he was the right person to fill this important role," Baylor Interim President David E. Garland said. "His varied experiences in corporate marketing, crisis management, athletics communication and higher education marketing will be an invaluable addition to the university's leadership team. He will lead an outstanding staff of marketing professionals as we move Baylor University forward."

Cook comes to Baylor from Texas A&M University where he was senior associate athletics director for external affairs. He also had served as the university's vice president for marketing and communications 2008-13, including serving in a dual capacity as chief communications officer for the university system in 2010-11.

"It is a tremendous honor and privilege to join the Baylor family at this important time, and I am humbled to serve such an outstanding university," Cook said. "I look forward to telling this unique story and strengthening the awareness and engagement with Baylor University across the country."

While leading A&M's marketing and communications division, Cook directed institution-wide marketing, communications, branding, social media, collegiate licensing, media relations and business development functions. He provided strategic communications counsel to the president, executive team and academic deans, and served as the institution's chief spokesperson. He played a key role in A&M's transition to the SEC in 2012 and the establishment of the university's "one brand" approach. For his efforts, Cook was named the International Brand Master of the Year by the Educational Marketing Group.