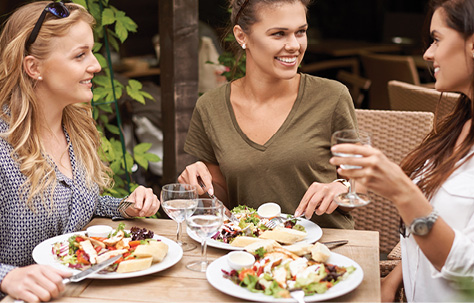 Two recent studies by Baylor professors shed light on topics millions of Americans don't like to think about but know they should--diet and weight.

Research by Dr. Meredith David, assistant professor of marketing in Baylor's Hankamer School of Business, found dieters attempting to remove the foods they enjoy the most from their diets are prone to failure.

"Our research shows that instead of creating rules to avoid one's favorite treats, dieters should focus on eating healthy foods that they enjoy," David said. "Dieters who restrict themselves from consuming the foods they love most may be setting themselves up for failure. Instead, they may be better off by allowing occasional 'treats' and focusing attention on healthy foods that they enjoy and making it a point to include those tasty, but healthy foods in their diet."

David worked with 542 participants in three separate studies, the results of which were published in the journal Psychology & Marketing.

A second study led by Dr. Matthew Andersson, assistant professor of sociology in Baylor's College of Arts and Sciences, found that individuals trying to lose weight are more likely to be successful if their social circle includes thinner people. More than 9,300 adults participated in a Gallup survey tracking for a full year their self-reported social interactions and body mass. The study, published in the journal Obesity, found that while heavier individuals were more comfortable around others of similar body mass, spending time with thinner individuals was linked to actual weight loss. 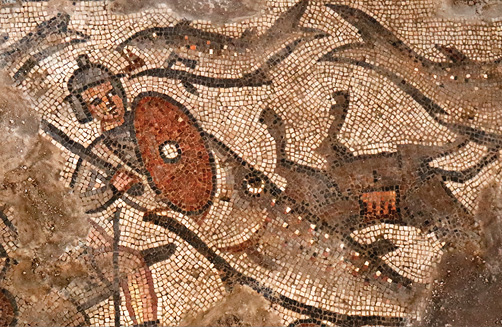 For 1500 years, elaborate mosaics depicting Bible stories like Noah's Ark and the parting of the Red Sea were buried in the ruins of an ancient synagogue in Israel. However, the art work now is uncovered with the help of some Baylor Bears.

This summer, a team of educators from universities across the nation, which included Dr. Nathan Elkins, assistant art history professor and coin specialist in Baylor's art department in the College of Arts and Sciences, and two Baylor students, uncovered the stunning artwork while excavating the synagogue that housed it.

The synagogue, located in Huqoq, Israel, dates back to the fifth century, and the artwork excavators found inside is incredibly rare--similar examples have been found at only four other Middle Eastern synagogues.

The artwork covers the floor and contains detailed images of Noah's Ark, featuring bears, elephants, leopards, donkeys, snakes, lions ostriches, camels, sheep and goats. Other mosaics tell the story of the parting of the Red Sea through images of Egyptian soldiers being swallowed by large fish, their chariots overturned.

Elkins provided the group with expertise in ancient coins, some of which were found at the site. The coins covered a span of 2,300 years and helped the team better understand the synagogue and the village it called home.

When work continues at the site next summer, Elkins said Baylor's involvement will expand to include study abroad opportunities for students and will be called Baylor in the Galilee.

Dr. Deidre Fulton, assistant professor of religion in Baylor's College of Arts and Sciences, was part of the discovery and excavation of a Philistine cemetery near Ashkelon, an ancient Israeli city that was occupied for more than three millennia.

It is the first Philistine cemetery to have been found and holds great significance both historically and biblically, according to Fulton. More than 200 bodies were uncovered in the excavation, offering researchers a chance to examine Philistine lifestyles and customs.

Fulton worked with the Leon Levy Expedition to Ashkelon for seven years. She served as the team's specialist in zooarchaeology and worked with more than 30 staff members from various universities and 40 volunteers consisting mostly of college students.

Philistine burial practices, including how individuals were buried and what was buried with them, were discovered through the excavation of the cemetery. Other information, including clues about where the Philistines came from and how they related to other Ancient Near East peoples, also could be gathered. Discovery of the cemetery concludes the team’s work at the site.

"Ashkelon is a fascinating archaeological site that has yielded many important discoveries over the past 31 years of excavation," said Fulton, who will continue working with Leon Levy at a new excavation project in Israel--The Tel Shimron--next year.