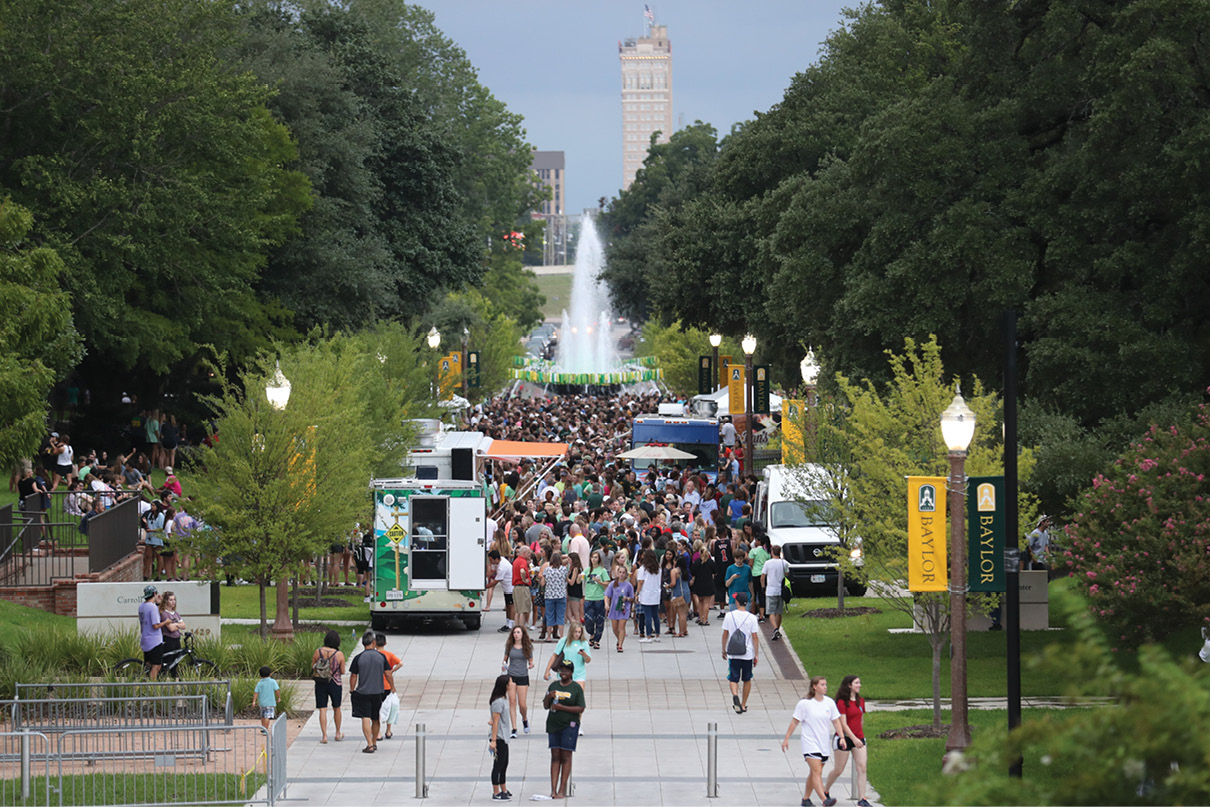 Baylor University topped milestones for overall, graduate and undergraduate enrollment and again improved its freshman fall-to-fall retention and graduation rates, according to statistics from Baylor's Office of Institutional Research and Testing (IRT).

"We are very pleased to see the message of Baylor University is reaching more students every day around the nation," said Jennifer Carron, associate vice president of undergraduate enrollment. "This class will enable our graduates to have a more far-reaching alumni base with whom to connect, leading them to better opportunities throughout their careers. As we expand our reach throughout the United States and the world, Baylor will continue to fulfill its mission to empower graduates to become worldwide leaders, expanding the caring, Christian community both at home and abroad."

One of the most remarkable statistics involved the improvement in the university's retention and graduation rates. Over the past seven years, Baylor has improved its fall-to-fall retention among Baylor freshmen by nearly 9 percentage points. The latest retention rate from fall 2015 to fall 2016 increased to a record 89 percent among Baylor's first-time freshmen.

"It's tremendously rewarding to have hit this record high, putting Baylor on par with esteemed and nationally influential institutions. We are truly grateful for the amazing students who are the lifeblood of our community of faith and learning," said Dr. Sinda Vanderpool, associate vice provost for academic enrollment management at Baylor. "The rises in retention and graduation rates indicate that we are continuing to enhance our mentoring and support of an increasingly large and wonderfully diverse student body."

The retention rate among all Baylor undergraduates from fall 2015 to fall 2016 is 90.4 percent.

"Thanks to the tremendous work of many faculty and staff, Baylor has now set a record five years in a row for freshman-to-sophomore retention. We've also set a record three years in a row for four-year graduation rates," said Dr. Wesley Null, vice provost for undergraduate education and professor in Baylor's School of Education and Honors College. "We still have a great deal of work to do to maintain this momentum and achieve our aspirations, but the tools and people are in place to continue the success we've seen. With the enrollment of another very strong class in fall 2016, we are well on our way to meeting, and indeed exceeding, the goals we've set as an institution."