A letter to the Baylor Family 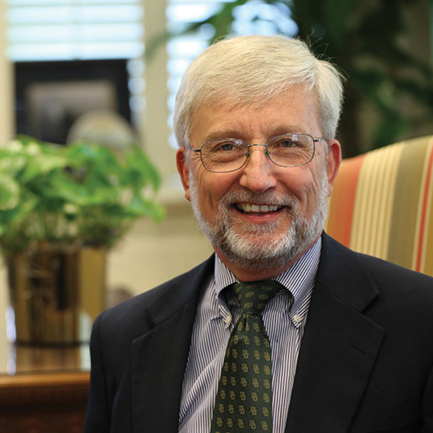 We have entered a new season in the life of Baylor University. It is a season that calls for clarity, compassion and collective action as a Christian academic community and as a body of Baylor alumni, parents and friends. It is a season that calls for Baylor to stand together and speak as one voice, resolute in our shared commitment to student welfare and safety and to our institutional values.

I am honored and humbled that the Regents have asked me again to serve as Baylor's interim president. I also want to recognize that the task ahead must be undertaken by the hearts and hands of the many thousands among the Baylor family for whom Baylor is a treasured institution. We are called to come together in prayerful reflection and honest action.

I echo the sentiments of our Board Chair Ron Murff: "We, as the governing Board of this university, offer our apologies to the many who sought help from the university. We are deeply sorry for the harm that survivors have endured."

Baylor's priority is to make our campus, and beyond, safe for our more than 16,000 students. We acknowledge our failures in the past and take responsibility for them, and we have already taken steps to ensure that we are in compliance with Title IX, the Jeanne Clery Act, the Violence Against Women Reauthorization Act of 2013 and other state and federal obligations. Our aim is to set the highest standards in this area.

This commitment has animated the entire course of action pursued by the Board of Regents during the past year, beginning with the decision last fall to retain the Philadelphia law firm Pepper Hamilton to conduct an external and comprehensive review of the university's response to reports of sexual and gender-based violence under Title IX. Pepper Hamilton delivered to both the full Board of Regents and then-president Ken Starr a briefing in February and again in May. The May briefing included a presentation of the Findings of Fact, as released publicly, and discussion of the specific facts that supported the identified incidences of failure over the years studied. Following the briefings, the Board entered a period of deliberation. Neither Ken Starr nor Pepper Hamilton was a part of the Board's deliberations.

Various voices have called for the release of the "full report." Pepper Hamilton's report was delivered in the form of an oral presentation that fully and comprehensively presented the individual and aggregated findings and the evidence supporting the findings. The Findings of Fact and Recommendations, which were released publicly in a format that protected the privacy of individuals, fully reflect the facts and core failings identified in the investigation.

Pepper Hamilton, our external investigators, had the freedom to follow the facts where they led and to determine those facts without any interference by university administration or the Board. Pepper Hamilton's report was impartial and objective, and they did not hold back in their assessment. This firm was selected by our Board of Regents for its extensive experience and expertise in investigations of sexual violence. We fully trust the validity of its investigation. They had access to all requested documents and any Baylor employee they requested to interview. They independently reached out to and heard from brave survivors who assisted the investigation by sharing their experiences. We respect survivors' freedom to choose whether, when and how to share their experiences and will support survivors who choose to share their experiences publicly. The details of these individuals' experiences will not be discussed by the university. We hurt for these students and deeply appreciate their willingness and courage to speak with Pepper Hamilton as part of this review. Their insights and participation will help us better address these issues in the future.

The Board and the administration, in short, have been as forthright as is possible and are fully committed to presenting the truth of these findings to the Baylor family and the world.

Baylor has long been known as a place where students are loved and cared for, and that commitment remains true even as we face the realities of these findings of the Pepper Hamilton investigation. I am grateful to the Regents for openly addressing the findings. It demonstrates their unwavering dedication to do what is right for our students, both today and in the future. I am equally thankful to the Regents for investing in a Title IX Office that is capable, compassionate, professional and working hard to care for the needs of students.

Baylor's Title IX Office professionals have worked to assist many students in times of need, walking alongside them through a complex and trying process. I am extremely grateful to Patty Crawford and her recently expanded team who are doing so much in this vital area of university operations. During my tenure as interim provost, I oversaw the hiring of Patty, and I know her to be a professional with the highest standards, deepest compassion for students and utmost dedication to student welfare.

Humans seem to have a penchant for seeking to evade responsibility and trying to cast blame elsewhere when something goes badly wrong. When Moses came roaring down the mountain to find the people of Israel worshipping a golden calf, a great sin in the eyes of God, he asked his brother Aaron what happened. Aaron's response: "They brought me their gold, and all I did was toss it into the fire and there came out this calf." According to Aaron, the golden calf was all the fault of the fire. The real story was recorded in Exodus 32. Aaron told the people to bring their gold to him. He then fashioned it with a graving tool, cast it into the fire, and set up the idol on a pedestal for all to worship. Such attempts to dodge accountability go all the way back to Adam who tried to shift the blame when confronted by God for violating the prohibition given to him: "The woman you gave me, she gave me of the tree to eat" (Genesis 3:12). Leadership requires taking responsibility. Baylor has done so and has given a full account. One cannot lead, however, by constantly looking in the rearview mirror. We intend to fix what went wrong but also to look ahead and think into the future.

All possible resources are being deployed to foster a culture on campus that is characterized by dignity, integrity and respect for others, including the awareness and prevention of sexual assault. Baylor is now pursuing the improvements contained in the 105 recommendations that Pepper Hamilton delivered to us. Baylor's leadership has accepted these recommendations as mandates and is actively addressing them. In addition, a recommitment to our foundational faith will guide us as we strive to be true to the Lord we serve.

Two complementary executive-level task forces have been named to efficiently implement change that leads to improved processes, communication, training, prevention and response and that cultivates a culture of respect and character that reflects Baylor's mission.

The Sexual Assault Task Force, led by Dr. Reagan Ramsower, senior vice president and chief operating officer and project manager Brandyn Hicks, JD, director of special projects and initiatives, will build on improvements to the university response to sexual violence made in recent years and will act promptly to address Pepper Hamilton's recommendations in the areas of Title IX protocols and policies, athletics, engagement and education, centralized reporting and resolution, public safety and counseling and advocacy, as well as other areas across the University. This task force will be supported by members of Baylor's faculty, staff, student body and administration.

The Spiritual Life and Character Formation Task Force, led by Dr. L. Gregory Jones, executive vice president and provost, will focus on spiritual life and the cultivation of character across the university and will provide long-term strategic direction for the renewed focus on the distinctive mission of the university. This task force will be supported by members of Baylor's faculty, staff and administration and will include student representatives as well.

Supporting both Task Forces are several implementation groups composed of members of Baylor's faculty, staff and administration who share responsibility for identified areas and the holistic well-being of students in the campus community. As implementation teams enact improvements and changes, we will keep the Baylor Family informed through updates at baylor.edu/rtsv.

When I first served as interim president of Baylor, from 2008 to 2010, one goal served as my guidepost for each day's decisions--to strengthen Baylor's mission of educating men and women for worldwide leadership and service by integrating academic excellence and Christian commitment within a caring community. This remains my goal.

We ask God for strength and guidance as we make our way forward. Thank you for your abiding love for Baylor University.