When Greer Tidwell, BSES ’'85, accompanied his daughter Brittainy, BSME '15, a then-prospective college student, from their home in Nashville, Tenn., to Baylor for a campus visit six years ago, he immediately noticed how much the campus had grown since his time as a student in the 1980s. There were more students and faculty, more buildings, more academic programs and more research projects.

Additionally, the university's reputation for overall excellence also had grown to reach the international stage, a kind of meteoric rise that Greer and his peers could have only imagined three decades ago when they were among the university's earliest engineering graduates.

When he arrived at Baylor, Greer was able to combine two of his passions--a love of nature and a calling as an engineer. Courses concentrated in environmental science allowed him to build upon that interest--years before the university established the School of Engineering and Computer Science, let alone a degree concentration in environmental engineering.

"Growing up on a farm outside Nashville, I've always had a connection to the great outdoors," says Greer, whose father graduated from Vanderbilt University and was a first-generation environmental engineer. "He's always been a great influence on me. In the 1960s, he and his colleagues were designing systems to stop the dumping of raw sewage into the rivers."

Given his father's profession, Greer was involved in the field well before attending Baylor, doing things like measuring water flow in remediation projects and testing emissions at a boiler stack at the Jack Daniel's Distillery in Lynchburg, Tenn. His time at Baylor expanded his interest in the field. 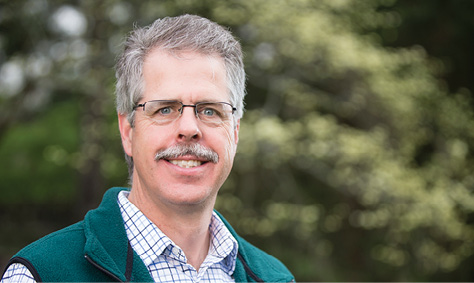 "I was encouraged by my professors and the dean at the time to study not only engineering but also to take environmental science classes. That breadth of experience has paid off--a lot," says Greer, adding that having access to the Brazos River also contributed to the ideal learning environment and a meaningful understanding of environmental issues.

"I was involved with student government, too, which paid off by providing insight into the decision-making process and policy perspective," he said. "I recognized that you don't have to accept systems as they are; it's a change of mindset. Baylor's Christian mission also served as a good balance for me and other young people in our college community."

Perhaps the most pivotal event that impacted Greer as a Baylor student was congressional passage of the 1980 Superfund law, requiring the cleanup of sites contaminated with hazardous pollutants and compelling the polluters to pay for the cleanup.

After graduation, Greer earned a law degree from Vanderbilt and practiced environmental and patent law for a law firm whose client roster included Bridgestone Americas, the world's largest tire and rubber company. Soon thereafter, he transitioned into a position in Bridgestone's in-house law department, where he cultivated a talent for building teams. Today, he is director of environmental management for the company's Tire Manufacturing Group at its Nashville headquarters. In this capacity, he manages environmental issues for manufacturing as well as research and development for tire operations facilities in North America and Central America, including Mexico and Costa Rica.

"My major focus at Bridgestone is environmental performance, compliance and reputation relating to how well we're improving our environmental footprint by doing things like reducing CO2 emissions, recycling and using environmentally friendlier materials," says Greer, who serves on the National River Network Board of Directors and previously served as chairman of Tennessee's Air Pollution Control Board. "I also help develop wildlife habitat areas and educational resources at the plants to align with the culture of taking care of communities and connecting with the world. It's not only about chemistry, rules and regulations; it's about connecting with the great outdoors."

To date, Bridgestone has developed wildlife habitat sites as well as outdoor environmental learning centers at several of its manufacturing facilities. The company also has the world's first two LEED-certified tire plants, the first ISO 50001 energy management certification and the first Underwriters Laboratories' validation for any kind of manufacturing for Zero Waste to Landfill. Research is underway to pioneer the commercialization of tire-grade natural rubber derived from guayule, a renewable desert shrub.

"There are challenges serving a broad range of community cultures, from multinational to multicultural to multigenerational differences, but we're brought together to address sustainability and community," Greer says. "These are exciting times; many countries are making great strides to improve the environment."

Along with the challenge of globalization pertaining to governmental standards for environmental performance, another major challenge has been overcoming the pop-culture attitude that more is always better.

"Our country's capacity to make things for people to have creature comforts is amazing, but we must continue raising the bar for more environmental awareness," he says. "Environmental engineering has a heritage of progress in the U.S. and across the globe, but there's still a lot of work to be done." 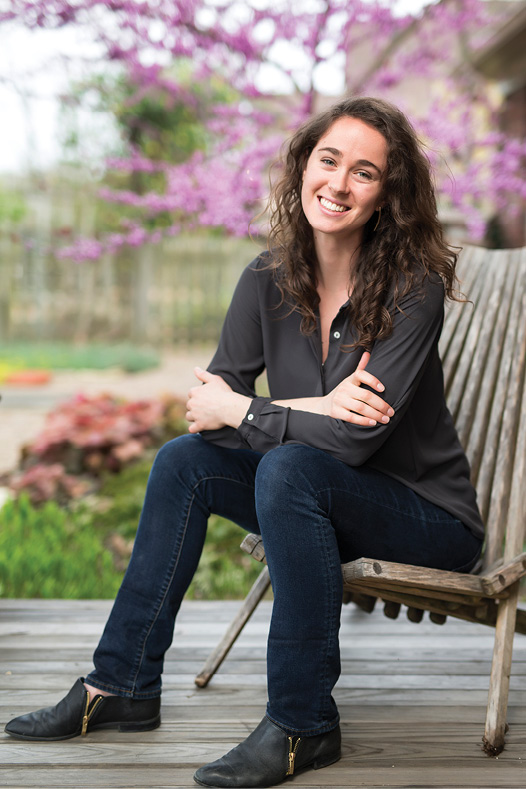 Greer's daughter, Brittainy, can attest to both the competitive job opportunities and exciting challenges that exist in the field today. Brittainy, who immediately felt at home at Baylor during that initial campus visit with her father, graduated in May 2015 with a mechanical engineering degree.

"Baylor is one of those schools that has a really strong community. People come back generation after generation. It's special that way," she says. In Nashville, Brittainy experienced that strong Baylor community within her neighborhood where several of her family's neighbors were Baylor graduates.

Shortly after graduating from Baylor, Brittainy began her career as a mechanical engineer in training (MEIT) in the Fort Worth office of the global firm Jacobs, one of the world's largest providers of technical, professional and construction services, including all aspects of engineering.

"I started in the buildings and infrastructure department designing retail centers, hospitals and data centers, and since November, I've been working as part of the company's Healthcare team, designing HVAC systems for hospitals across Texas," says Brittainy, whose goal is to achieve her license as a Professional Engineer when she's eligible (after completing four years of MEIT work experience and passing the requisite exam) and, later, pursue her MBA to take on a management-focused role like her father.

Seeing the world through the prism of the environment was something that Brittainy inherited as the daughter and granddaughter of two dedicated environmental engineers.

"I still always say that I'm one of those kids who wants to be their dad when they grow up," Brittainy says. "Both my dad's and my grandpa's positive impact on the world has been inspirational for me. My dad has set up a number of wildlife programs on plant property with Bridgestone and designed a bird book in Spanish and English for the community in Mexico to learn about nature and the birds around the plant. My grandpa helped clean up other people's messes at Superfund sites; his generation was really on the cutting edge."

Brittainy describes her childhood in Nashville like growing up in a summer camp, spending a lot of time in the great outdoors enjoying everything from fishing to boating to horseback riding.

"My parents and my grandparents have always been outdoorsy and protective of nature," Brittainy says, adding that she has another grandfather who is a geologist and a grandmother who is an archaeologist and avid birder. "There's no one who cares about the health of the river more than the ones who are eating fish out of it."

When Brittainy arrived at Baylor, she embarked on her path toward a degree in mechanical engineering. She took as many environmental courses as her schedule allowed, including environmental seminars and a sustainable design class.

"I had so many influential professors at Baylor. The small class sizes were ideal for building relationships with professors, and the professors really went out of their way to form those relationships," Brittainy says. "Dr. Bryan Brooks [a professor in environmental science and biomedical studies] wasn't an engineering professor, but he encouraged me to take environmental courses. Dr. Byron Newberry [mechanical engineering professor] also was very influential; I took four or five of his classes. My professors did an impressive job of being good stewards of the Earth and helping us find outlets that we’re passionate about."

One of the outlets Brittainy discovered was designing systems that take the environment into consideration. This includes how products are made as well as post-consumer disposal--potentially being recycled or repurposed.

"My generation brings a broad perspective to design challenges," she says. "We grew up in a world where environmental awareness is expected. It's a relatively new idea that companies have a responsibility to the Earth." 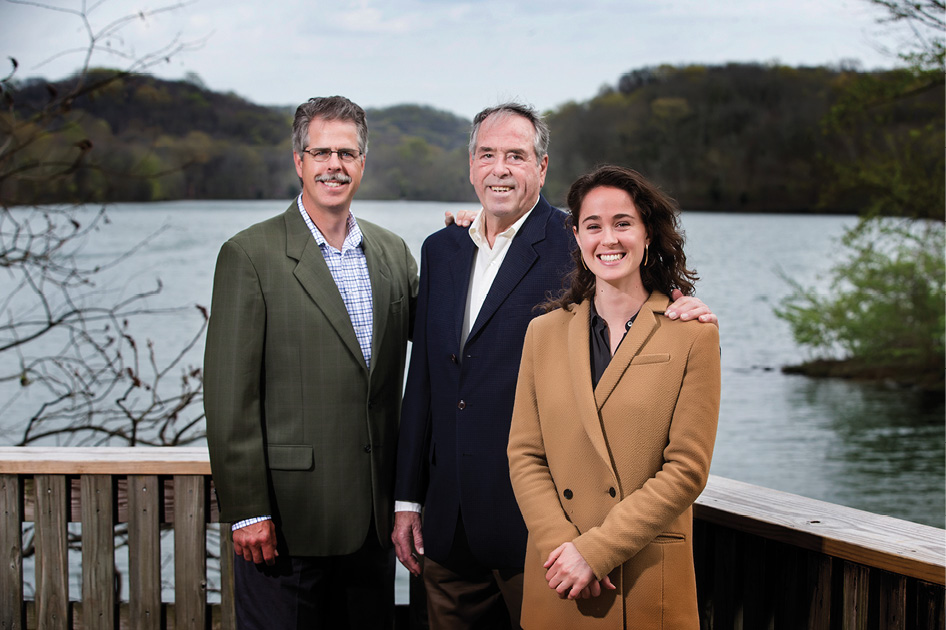 Greer Tidwell Sr. has seen that awareness grow over the years, first with with environmental cleanup in his son's generation and now with sustainability in his granddaughter's generation. A retired environmental engineer and professor emeritus at Vanderbilt, Greer Sr. points out that he entered the field when cities didn't have waste-water treatment facilities and would dump raw sewage into streams. Ensuring area water quality was one of the first challenges he welcomed as an engineer for the Tennessee Valley Authority, and he was an influential advocate in lobbying Congress to pass the Federal Water Pollution Control Act of 1972.

In part, Greer Sr. attributes his ability to articulate his ideas to his series of increasing leadership roles at the Tennessee Valley Authority. From there, he went to work for the agency that was the precursor to the Environmental Protection Agency (EPA), where he cultivated contacts among municipal and industrial leaders; he then started his consulting firm at age 34.

When President Ronald Reagan in his second term asked him to lead the Southeast region of the EPA and "bring common sense to my part of the U.S," Greer Sr. says he couldn't refuse. Part of the common sense, Greer Sr. says, is the art of striking a balance between industry and the environment.

"We have to control the pollutants that we put into the land, water and air, but we also have to have industry. We must have environmental control and a good economy. It's necessary to have a broad outlook," he says.

Greer Sr. notes how far the U.S. has come in helping to protect and preserve the environment for future generations.

"When I was starting, companies didn't have any concern in what they were discharging. That's not the case now, and that's all come about, to a large extent, because of engineers and their understanding of environmental controls and an industrial- based economy," he says. "Environmental engineers can do a lot to help the public understand the real problems and help us balance the concern about environmental degradation with the knowledge that industry is doing a good job. Engineers can have a great influence in this respect. I'm flattered that my son and granddaughter have viewed my life's profession as a desirable thing for a person to do."

Greer Jr. also is proud of the indelible impact that his father has made and that his daughter is making not only in the field but also in the family.

"I have pride and excitement thinking that Brittainy has such good judgment and a sense of balance," he says. "My dad's generation of environmental engineers focused on stopping the pollution, and my generation focused on cleaning up the pollution. Brittainy's generation will make products that don't generate pollution and can be made, used and reused without damaging the environment. Our care and concern for people must extend to future generations."

Indeed, that care for people comes as naturally to three generations of the Tidwell family as their love of nature itself.