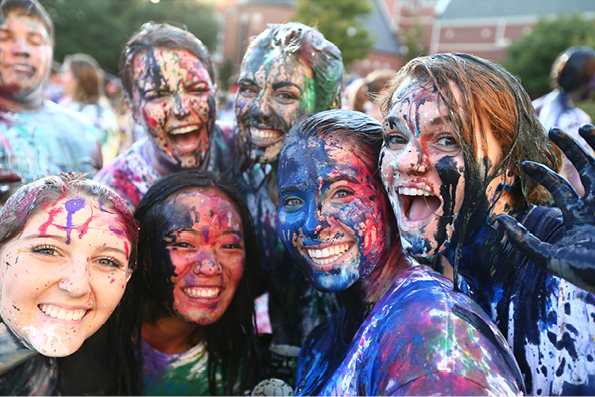 Baylor's freshman enrollment of 3,394 is the second-largest freshman class, behind last year's 3,625 first-year students. However, the 2015 freshman class is one of the most academically prepared classes in the University's history:

Over the past six years, Baylor has improved its fall-to-fall retention among Baylor freshmen by a remarkable 7 percentage points. The latest retention rate from fall 2014 to fall 2015 increased to a record 88.9 percent among Baylor's first-time freshmen.

"Continued and substantial gains over a sustained period in fall-to-fall freshman retention are unusual for an institution of Baylor's size. However, to have hundreds of additional students in the fall 2014 freshman class and to be able to have another record-breaking retention number is something that the Baylor community can be very proud of," said Sinda K. Vanderpool, Baylor associate vice provost for academic enrollment management. "During the summer of 2014, when we saw that we were going to have a large class, we began reaching out to departments across campus. I remember being literally astounded by how responsive and happy departments were to help meet the needs of the incoming class."

Previous gains in freshman retention have been:

"To have seen the growth for five consistent years in retention means that we are doing something right," Vanderpool said. "A lot of pieces--from honing our New Student Experience program to being more intentional about how we engage our first-generation college students--have come together in the past few years. It is a good time to be a Baylor Bear, and I am proud to say that we are all coming together to wrap our arms around our newest students in more intentional ways than ever."