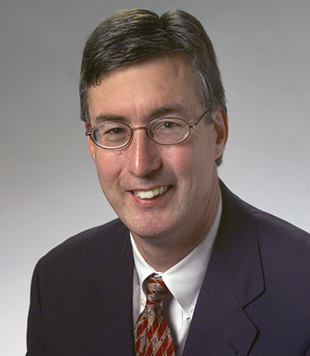 Baylor University announced June 25 that Charles H. Walter, a longtime museum executive and current chief operating officer of the San Antonio Children's Museum, has been named director of the Sue and Frank Mayborn Natural Science and Cultural History Museum Complex. He will begin his duties Aug. 3.

Walter joins the Mayborn Museum after serving on the executive team that opened The DoSeum, a new $47 million, STEM-focused children's museum, June 6 in San Antonio. He succeeds Dr. Ellie Caston, who is retiring after nearly 13 years as director but will continue to teach in the museum studies department.

"I am honored to be given this tremendous opportunity, and I look forward to working with the Waco community, the faculty, staff and students of Baylor University and the staff of the Mayborn Museum Complex," Walter said.

"Charlie is an experienced and extraordinarily talented museum professional. He is a visionary leader and a strategic thinker, and he is highly regarded in the field on both the state and national levels. He will be a terrific asset to the Mayborn Museum Complex and the Baylor University community," said Tiffany Hogue, chief of staff to the provost and chair of the search committee.

Walter has been involved with museums for more than 30 years and has spent the past two decades in executive positions at the Fort Worth Museum of Science and History, the New Mexico Museum of Natural History and Science and the San Antonio Children's Museum.

Walter earned his bachelor of science in wildlife and fisheries science with an emphasis in museum science in 1980 from Texas A&M University and received his MBA in 1991 from the University of North Texas. He was a Noyce Leadership Institute Distinguished Fellow in 2010.

"This position is quite a culmination of my 30-plus years of work with positions at science, history, children’s and natural history museums. I've worked at universities and spent two seasons with the National Park Service," Walter said. "It's amazing how all of these elements have come together for me at the Mayborn."

"Over the last 11 years, the tireless leadership of Ellie Caston and her dedicated staff has consolidated the Mayborn Museum's position as a rich resource for Central Texas as well as around the world, having hosted over 138,000 visitors last year alone," said Dr. James Bennighof, vice provost for academic affairs and policy at Baylor. "Charlie Walter, with his background in a variety of museum settings and his wide range of experiences with other museums, media organizations and other collaborators, is perfectly suited to build on this foundation in exploring new initiatives for the Mayborn in the years to come, and we are delighted to be able to welcome him to Baylor."