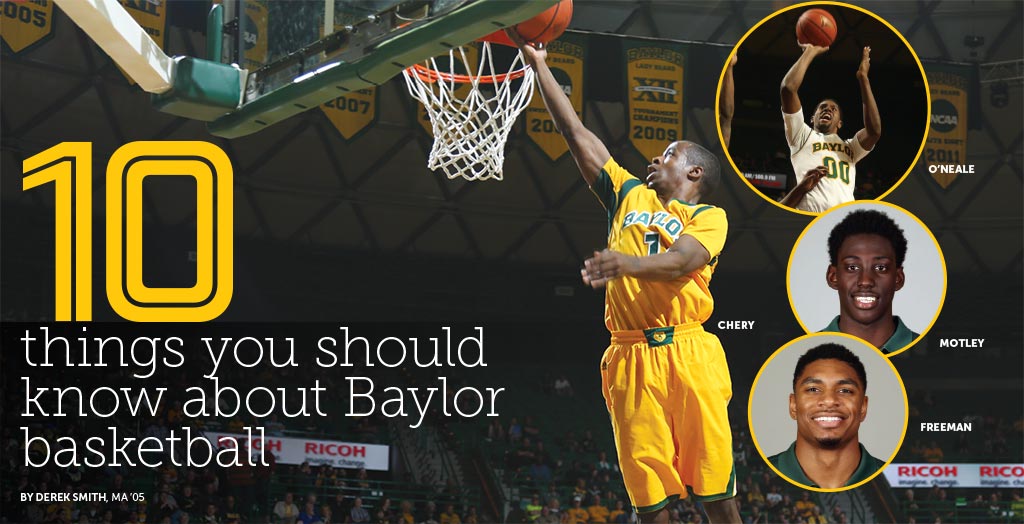 10 things you should know about Baylor basketball

Late last March, Baylor fans found themselves in a position that’s rare, yet familiar. The Bears and Lady Bears had advanced to the NCAA tournament’s second weekend, allowing Baylor fans to share a privilege with just five other schools nationally—the chance to cheer on both the men and women in the 2014 Sweet 16.

While the two leading scorers and many key contributors from last year’s teams have graduated and gone on to the next level, a number of returning players and new contributors are ready to maintain the high standards of Baylor basketball.

Here are a few team notes to help you prepare for the upcoming 2014-15 Bears and Lady Bears.

The Lady Bears will host exhibition games against Midwestern State Nov. 4 and Tarleton State Nov. 10 before opening up the regular season at Kentucky.