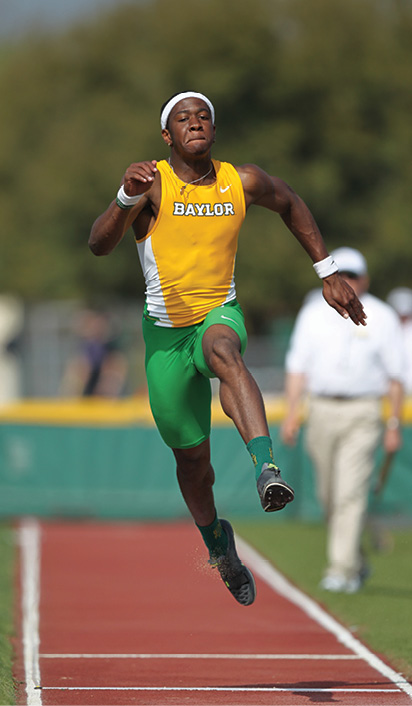 The El Paso, Texas, product set a new school record of 54-5.25 [16.59m] on his third attempt of the meet to clinch BU’s first NCAA indoor title since 2009. He broke the previous school record which he also set earlier this year.

Obi entered the competition as the favorite, but battled a knee issue throughout. Still, he overcame the injury and carded the biggest jump of his career on his third leap to shoot to the top of the leaderboard. From that point, Obi passed on his final three attempts, because of the ailing knee, but nobody was able to better his mark.

“I was competing in pain, but I knew in the end God was going to pull me through and He pulled me through with a big jump,” Obi said. “It is unbelievable. I almost wanted to cry when I was out there. I just couldn’t believe it, until the last jump was done. It is just an unbelievable feeling. I knew I had some potential, but this just blew my mind.”