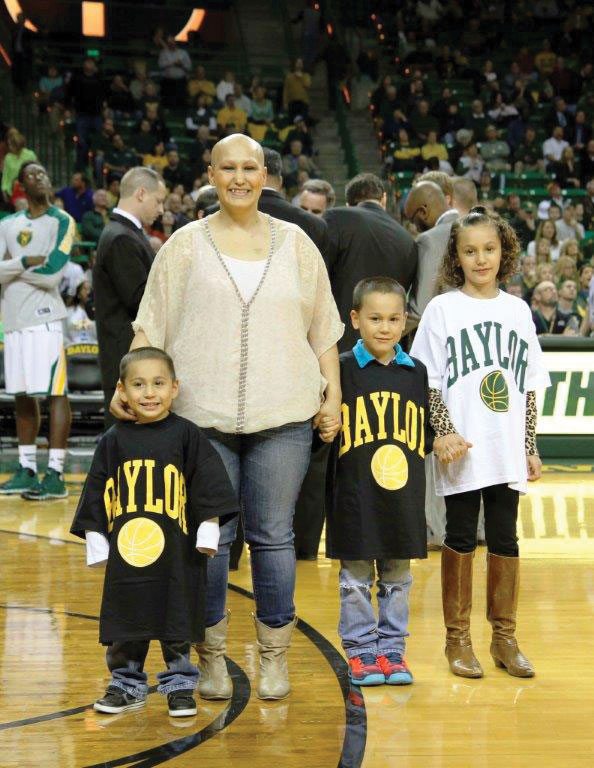 When the Baylor men’s basketball team&#160;spent a weekend training at Fort Hood&#160;before the 2012-13 season, the soldiers and families they met there left a lasting impression. The weekend served as a major bonding experience for the Bears, who took part in hand-to-hand combat training and sharpshooting exercises, then coached soldiers on Fort Hood basketball teams.

A little over a year later, the Bears returned the favor by giving many of those families a memorable moment of their own.

At every home conference game this season, Baylor recognized soldiers&#160;from Fort Hood’s 4th Sustainment Brigade.&#160;The individuals honored were all selected by their superiors to attend a Baylor men’s basketball game as a guest of the Bears, and then they were recognized by the crowd at halftime. Many of the soldiers enjoyed the chance to attend a basketball game with their family and receive a standing ovation from several thousand people provided a welcome and meaningful change.

Sgt. Cynthia Landin and her three children, ages 4-9, were among those chosen for the honor. Landin says the experience—which featured a behind-the-scenes tour, the chance to meet players and coaches, free courtside seats, goodies for the kids, and a standing ovation from the crowd as they were recognized on the court—was “awesome. … The kids were so excited,” she told The Fort Hood Sentinel. “It’s refreshing to see the community still cares about the Army.”

For head coach Scott Drew and the Bears, it’s an opportunity to demonstrate that care in a way that will leave lasting memories.

“Baylor men’s basketball is honored to build on our partnership with Fort Hood,” Drew says. “We have so much respect and appreciation for the men and women that serve our country, and it is our sincere privilege to give back to those that give so much for us.”

Editor’s Note: The Baylor family continues to pray for the community at Fort Hood as they recover from the tragic events of April 2.