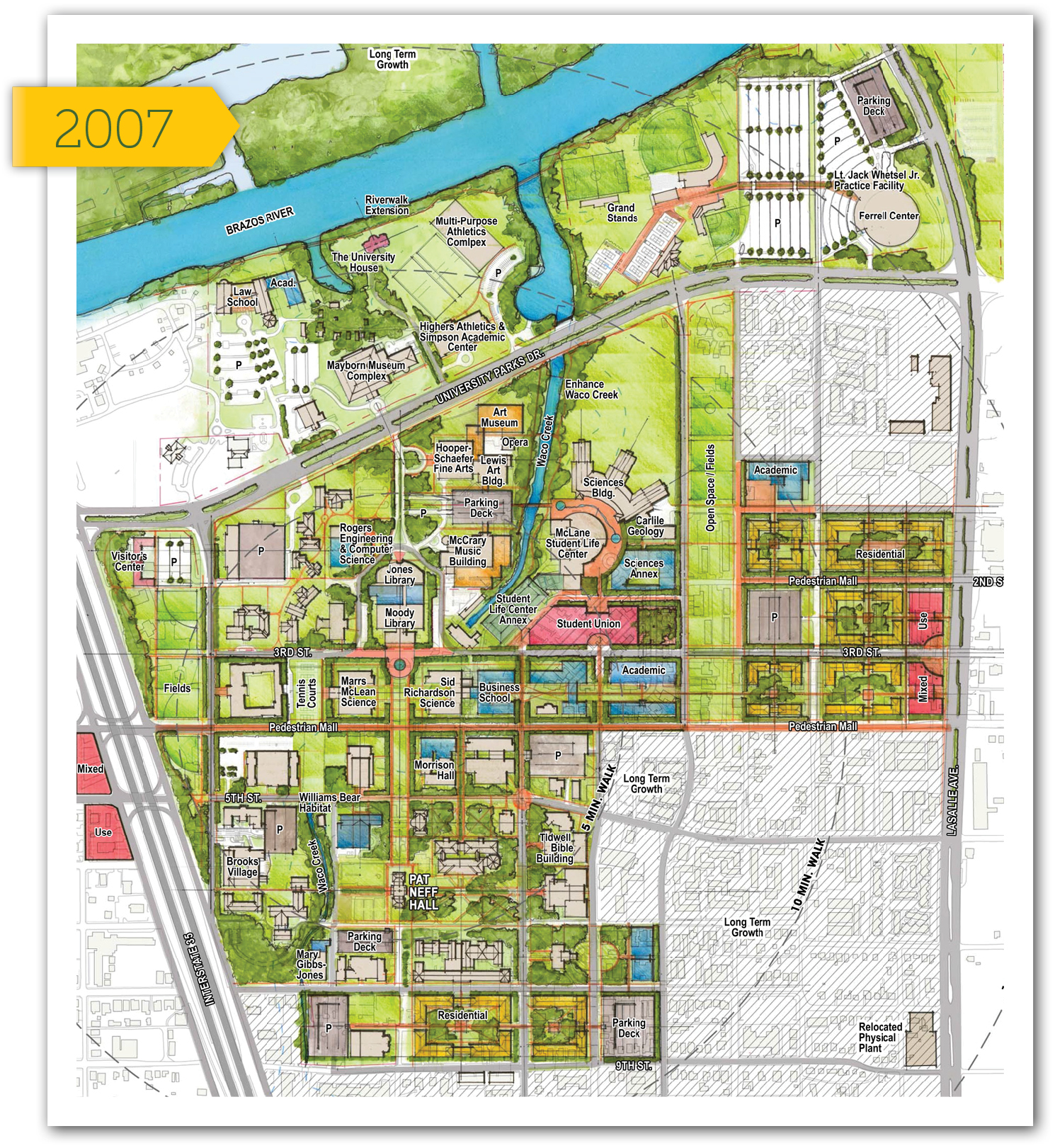 The 2004 plan had very few changes two years later, but The 2007 Master Plan was drastically different. Gone were the pond and the North Quad. The unspecified structure behind Sid Richardson was now pegged as a new business school building, with additional academic space to its east along Fourth Street.

Some of the new additions would come to fruition, including the Highers Athletics Complex. Others have not yet occurred: a McLane SLC annex and a new student union building immediately adjacent to the SLC show up here for the first time, as does a stretch of residential space reaching to the east between First and Fourth streets as far as LaSalle Avenue.

The 2007 plan also included an enhanced arts district that would expand the Hooper-Schaefer Fine Arts Center and Glennis McCrary Music Building and an expansion that would better connect Jones and Moody libraries. Still other potential projects -- expansions of the Rogers Engineering and Computer Science Building and Morrison Hall, and a new president's home along the river -- are no longer specified on the plan.

2012
Are you looking for more News?
All NewsArchives