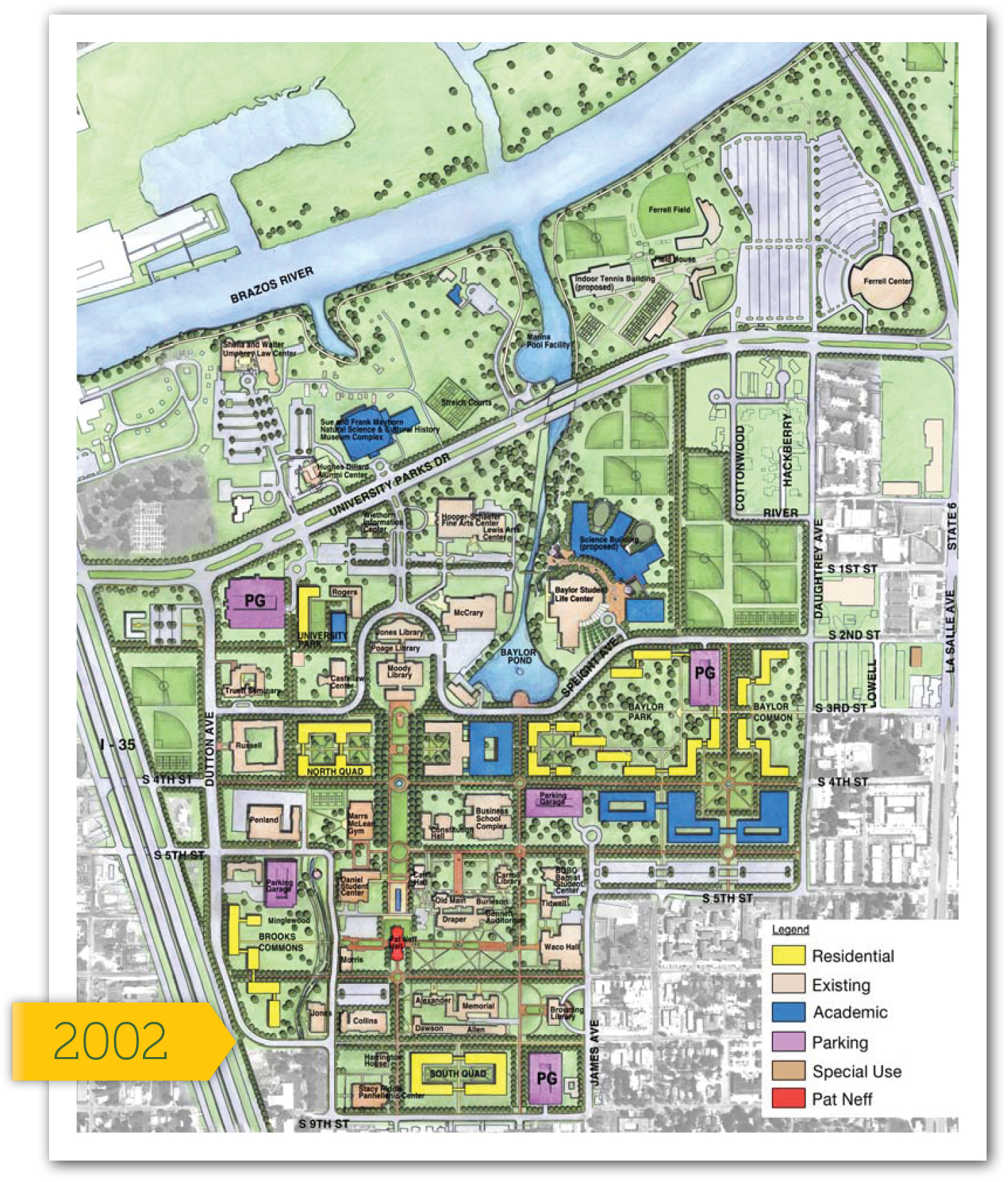 The 2002 master plan was clearly taking the Baylor 2012 vision into account, with new buildings planned in four phases to be constructed over the next decade.

The first phase came to fruition almost exactly as planned, built between 2002-04. It included the Mayborn Museum Complex, the Baylor Sciences Building, the Stacy Riddle Forum and parking facilities on Dutton Avenue/University Parks Drive and Eighth Street. Each was built in the proposed time frame and location with one exception: the Eighth Street parking facility moved west about a block and opened in 2007.

The next phase was affected by a slowing economy. Brooks Village and the East Garage were built more or less as planned, but what would become North Village was redesigned, and three major projects -- a North Quad to replace Marrs McLean Science, a South Quad across Eighth Street from Allen-Dawson, and an academic building behind Sid Richardson -- would never materialize.

The final two phases would have included a large pond located along Waco Creek between Moody Library, Sid Richardson and the McLane Student Life Center. Additional academic space was planned near the BSB and along Fifth Street, east of the Hankamer building and as far as Daughtrey Avenue.

2007
Are you looking for more News?
All NewsArchives