Medal of Service for Business and Commerce 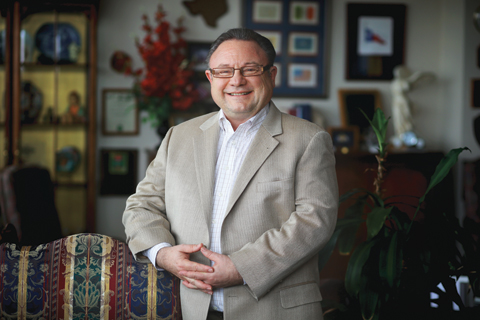 It took only one exam for economics department chair Jim Truitt to recognize the immense mathematical giftedness of Ray Perryman. And Ray credits Dr. Truitt and mathematics professor Vivienne Malone-Mayes for igniting in him a passion for numbers. Ray entered Baylor as a National Merit Scholar who was also the first male in his family to graduate from high school. He has translated his gift with complex statistics into an active career in teaching, created a robust research organization, and developed a trusted international consulting group.

Ray has led more than one thousand three hundred impact and public policy studies including a study that helped propel the state of Texas to the forefront of new business development. Considering challenges to the Big 12 Conference, Ray conducted an influential study that calculated the substantial negative economic impact on the state if the conference collapsed. He also enjoys the opportunity to serve his alma mater and recently led a study on the economic boon Baylor Stadium will begin in the region. Ray has been nominated for the Nobel Prize in Economics and in 2012 was named Texan of the Year by the Texas Legislative Conference. Ray predicts a very bright future for Baylor University and that is indeed high praise. 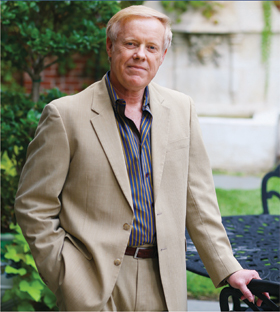 How does someone combine an interest in health care, a passion for ministry and a calling to serve older adults into a thriving business career? By patiently following God's will. That's how Danny Prince has done it. Danny began Baylor as a pre-med major and graduated with a degree in religion. He then completed a master's degree in religious education at Southwestern Seminary where a faculty member introduced him to the study of gerontology. At the dawn of a new industry in senior care, Danny began a career providing Christ-centered, health-related services to seniors. An entrepreneur and successful businessman, Danny is now President of his own company, Paramount Healthcare, where he continues to seek new ways to improve the lives of seniors.

Partnering with Baylor's School of Social Work, Danny works with faculty to train students to understand how to work in the field of long-term care and is helping the school study the importance of continuous learning for the aging adult. Danny and his wife Lenn, are active partners in The President's Scholarship Initiative, serving on the initiative's steering committee. They have four grown children -- all of them Baylor Bears. Danny lives his life by a principle he learned at Baylor -- "treat people correctly and be honorable in what you do and that will serve you well."

Medal of Service for Contributions to the Professions in Hospital Administration 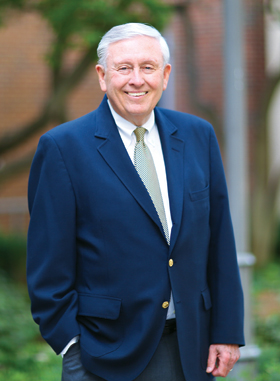 Boone Powell always knew he would attend Baylor University. He and his father, then CEO of Baylor Medical Center in Dallas, would sit around the radio on Saturday afternoons and listen to Baylor football games. Boone never applied anywhere else. It became clear that his future would be built on a love for business and a commitment to ministry. His eventual career in hospital administration would take him from California to Tennessee and back to Texas where he was asked to follow in the footsteps of his father and take the helm at Baylor Medical Center. Under Boone's leadership, Baylor Medical Center acquired other regional hospitals and became Baylor HealthCare System. An award-winning organ transplant center was begun; a thriving physician group called HealthTexas was created; and innovative programs to address a growing nursing shortage were adopted nationally.

In the aftermath of Romania's freedom from communism, Boone partnered with others to develop a medical recovery project in Romania that has drawn international attention for its medical excellence, perseverance and friendship building between medical professionals from both nations. The legacy of this Baylor family continued as Boone and wife Peggy, also a Baylor grad, watched their three children graduate from Baylor and a new generation of Powell grandchildren find their place as Baylor Bears. Boone is a generous supporter of scholarships, Baylor nursing, and Truett Seminary, and he serves as an advisor to the Baylor MBA program in healthcare. Thank you, Boone for a lifetime of service to your University and to the care of others.

Medal of Service for Contributions to the Professions in Healthcare Administration 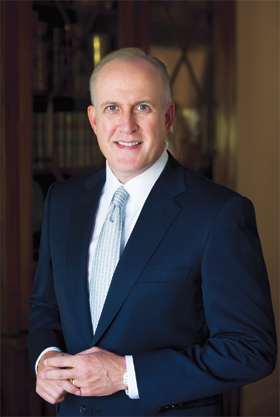 Growing up in a missionary family prepares you for many things and makes you keenly aware of the needs of the world. Jon Foster watched carefully as his missionary parents gave of themselves in service to others, and he integrated those values into his own life. After Jon's older brother attended Baylor, he influenced Jon to do the same and that is where Jon says his eyes were opened to a future well beyond what he could have imagined. The father of a fellow Baylor student introduced Jon to the healthcare profession, ignited Jon's interest in the field, and mentored him through his first role as a professional. This act of kindness began Jon's journey to success.

Today, Jon serves as President of Healthcare Corporation of America's Southwest Group. He plays an important part in the delivery of care in 47 HCA hospitals and by more than 50,000 professionals across Texas, Colorado, Oklahoma and Kansas. But he never loses sight of the human connection: placing emphasis on the physicians, nurses and staff who interact with patients, and creating a culture of caring so that each patient is treated with respect. Jon's business acumen has also contributed to his rise to leadership within the HCA System. He has been named Young Healthcare Executive of the Year for the U.S. and Canada, and earned Fellowship status in the American College of Healthcare Executives at the age of 35. 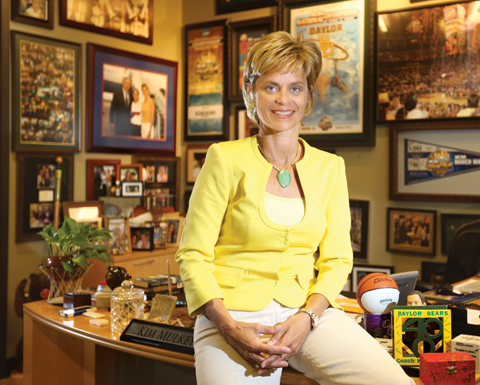 She's a legend many times over as a player and a coach. Titles such as Olympic gold medalist, player of the year, coach of the year, national champion are all associated with her name, and Lady Bears Coach Kim Mulkey treasures every memory. She also treasures the relationships she develops with her players -- and recognizes that the bond between player and coach can change a young person's life profoundly. Kim learned from great mentors -- Pat Summit, coach of the 1984 Gold-medal Olympic team, Sonja Hogg, coach of the Louisiana Lady Techsters, and Leon Barmore, under whom she played and with whom she coached for 15 years at Louisiana Tech and again at Baylor.

From these great teachers, she learned that coaches have to know their players and find what motivates them to reach their potential. For Kim, this intensity continues off the court to her team's academic performance. Valedictorian of her high school class, summa cum laude graduate of Louisiana Tech and a two-time Academic All-American, Kim sets high academic expectations for her team. She makes it clear that first and foremost, players are in college to earn a degree. Kim relishes every opportunity to teach her team something new and believes there is something to learn in every situation: through winning and losing and facing obstacles of all kinds, players become equipped with the skills they need to make a difference in the world.