Awarded to individuals whose contributions in the public/non-profit sector or Christian ministry have made an immeasurable impact on a local or global community. 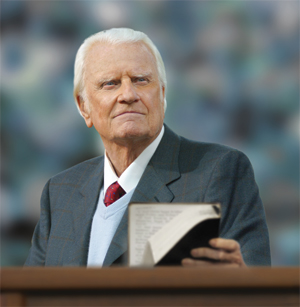 Evangelist Billy Graham has preached the Gospel to nearly 215 million people in live audiences across more than 185 countries and territories. Through his ministry, more than 3.2 million people have responded to the invitation to accept Jesus Christ as their personal savior. A renown author and one of the Gallup Organization's “Ten Most Admired Men in the World” an unprecedented 55 times, Graham has counseled American presidents and consoled our nation in times of crisis. Educated at Florida Bible Institute and Wheaton College, Billy Graham also holds an honorary doctorate from Baylor University.

His care and respect for Baylor began over 60 years ago, shortly after the ordained Baptist minister established what has become a world-changing evangelistic organization. Graham made his way to Waco to speak to students in Baylor's Chapel Services in 1950 and again to the community in 1953 at a memorial service for victims of the devastating Waco tornado. In 1970, Graham returned as the featured speaker at a weeklong celebration of Baylor's 125th birthday where he described the importance of Baylor's role in higher education and praised the university's commitment to faith and learning and to helping students understand their responsibility to the world. Two of Graham's grandchildren are Baylor graduates and when Baylor officials traveled to North Carolina to deliver this Meritorious Achievement Award, Graham shared his hopes that future generations of Graham children would find their way to Baylor. Thank you Reverend Graham, for your eternal impact on our world and for your love and support for Baylor University. It is because we too have been impacted by your unyielding faith in a risen savior that we honor you today. 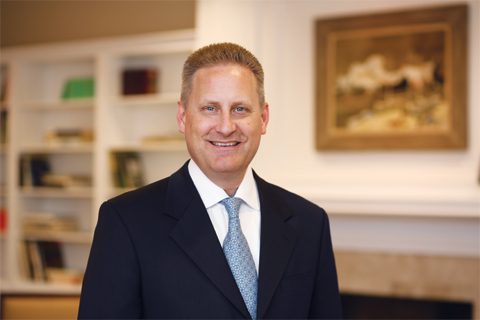 Steve Green serves his family business and demonstrates his faith as president and director of real estate for Hobby Lobby. The successful chain of 500 craft stores in 41 states and its subsidiaries Mardel Christian Stores, Basket Market and others, employ more than 20,000 people and operate according to Christian principles set in place by Steve's father, David Green. Playing Christian music in stores, paying higher than minimum wage to full-time employees and closing stores on Sunday are evidence of the values that define the Green family business.

Steve and his family are also involved in the cultivation of future Biblical scholars through work with Baylor and other universities partnered with the Green Scholars Initiative. As a major research partner, Baylor was chosen to provide leadership in undergraduate and graduate coursework and research around The Green Collection, one of the world's newest and largest private collections of rare biblical texts and artifacts including more than 40,000 biblical antiquities. A travelling exhibit of over 400 pieces from the Green Collection began touring the U.S. last year. In addition, over 100 items from the collection travelled to the Vatican in Rome for display during Lent. Baylor students were provided the rare opportunity to examine the artifacts during one of the first stops of the collection's tour. The collection will eventually become the core of an international, non-sectarian museum of the Bible. Steve, we applaud your devotion to your family and your faith and we thank you for your vision for training scholars who will pioneer new biblical and classical discoveries. 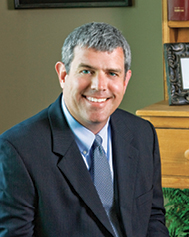 Phil Gunn, the Speaker of the Mississippi House of Representatives, demonstrates unique leadership and dedication in his role within state government. Although he never set out to pursue elected office, when his hometown of Clinton Mississippi needed a voice, Phil responded and now serves his community with great pride. He led his party through a time of change and growth and continues to be instrumental in the passage of important legislation for the people of Mississippi.

This former Baylor football player, Ole Miss Law grad and father of four has always risen to the challenges before him. As a student at Baylor, Phil walked on to the football team and remembers fondly the friendships made with his teammates. Shortly after Phil left Waco to return to Mississippi and begin law school, his parents and sister, Jana, a proud Baylor sophomore, were killed by a drunk driver. Phil was honored that Jana's name was among the first to be etched in a student memorial that stands today near Brooks Residential College. Phil and his beloved wife Lisa, also a Baylor grad, enjoy keeping up with their university and sharing their love for Baylor with others. In fact, Baylor Magazine is one of very few publications Phil keeps displayed on the coffee table in his legislative office. Phil approaches his work in the Mississippi House of Representatives as he does his life, recognizing the leadership of Christ and giving God the glory for the wisdom and ability to serve others. Thank you Phil, for your dedication to public service and your commitment to Baylor.