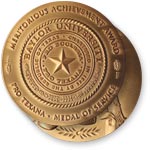 Awarded to an individual whose contributions in furthering the mission of Baylor in the public or non-profit sector have made an immeasurable impact. 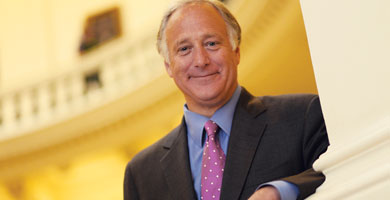 State Senator Kirk Watson has spent much of his career in public service from his appointment in 1991 by then-Governor and fellow Baylor Bear Ann Richards to the chair of the Texas Air Control Board to serving as the mayor of Austin and now Texas State Senator. This summer Senator Watson assisted his university at a pivotal time in its history. During weeks of intense discussion and speculation related to Baylor's continued participation in the Big 12 Conference, Senator Watson helped his fellow legislators, including more than a dozen Baylor alumni, to see the possibilities in maintaining historic rivalries and protecting the Texas schools as one unit in a dominant athletic conference. Baylor thanks Senator Watson for his wisdom and guidance during a tumultuous time in the life of Baylor University, and for rallying support critical to the well-being of the university.