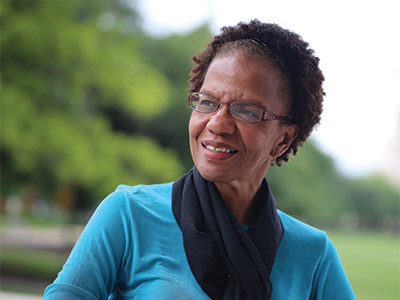 For decades, Pearl Beverly has been investing in the lives of young people in Waco and at Baylor. She has been heavily involved in helping Baylor recruit, retain and graduate minority students since 1988. We honor her faithful service through the presentation of the W.R. White Meritorious Service Award.

The director of the Department of Multicultural Affairs since its creation in 2005, Pearl Beverly (MSEd, ’01) came to Baylor in 1988 as a recruiter in the Graduate School and transitioned to the Division of Student Life in 1994.

Beverly believes that the University’s commitment to diversity and cross-cultural education is essential to preparing men and women for worldwide leadership. She encourages students to celebrate their personal heritage and embrace the cultures of others through education, communication and involvement in the many student organizations across campus, as well as helping with the presentation of cultural awareness programs at Baylor.

The Snyder, Texas, native graduated from Lincoln High School in 1965, the last class before the town’s schools were integrated. She turned down an opportunity to play basketball at Wayland Baptist University to pursue becoming a teacher at Jarvis Christian College in Hawkins, Texas, where she met and married her husband of 47 years, Hubert Beverly.

At Baylor, Beverly has been at the forefront of fostering a growing minority student population, seeing the percentage grow from 11 percent to 36 percent during her tenure.

Beverly is always happy to see the students who visit her office on the second floor of the Bill Daniel Student Center. She has found that building real relationships makes all the difference when it comes to helping students.

Beverly is a proud mother of two children, Damian Beverly and Dr. Doriann Beverly (BA ’99, MSCD ’01), but she also loves hundreds of her “other children,” students whom she says are working to make the world a better place.

Beverly has been the recipient of Baylor’s Outstanding Staff Award, Outstanding Woman of the Year by Zeta Phi Beta, the Pathfinder Award by YWCA and the Champion of Race Unity Award by the Race Unity Committee, among many others. Her local civic activities include founding and directing Portraits Inc., where youth learn about black history through performance and service.

Through every step of her life, Beverly says her accomplishments are for God, to whom she gives all the glory and praise. 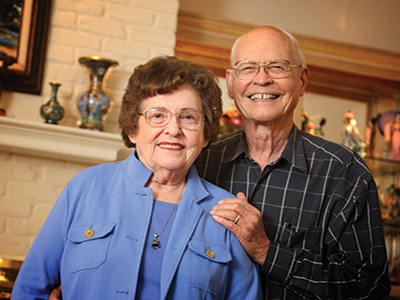